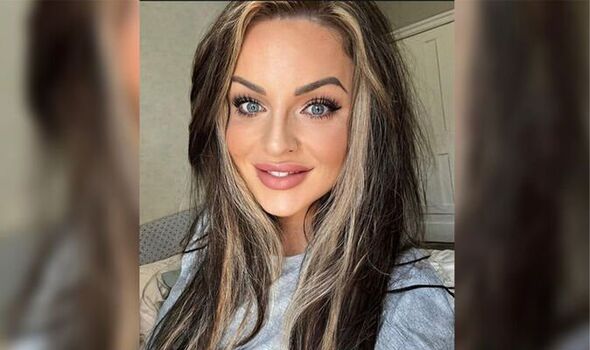 A mother has branded her Uber Eats delivery from Subway as an “absolute joke” – despite getting a full refund.

Gemma Myers, 31, was recovering from surgery when she placed the online order, and wanted to order something for “convenience”.

But the nachos, and a chicken tikka – which cost £10.48 including delivery – took about 40 minutes to arrive and was disappointing, Gemma said.

Photos show the tortilla-based Mexican dish had just a dollop of cold salsa dumped on top of it.

The NHS nurse then took to her Uber Eats app where she’d purchased the dishes to complain about her experience, but was only offered 78p in compensation. She then spent the next few days discussing the issue with Subway staff but was told they couldn’t refund her any more money as it was against their policy.

Gemma said: “I just don’t think 78 pence is justified for what I was sent. I said, ‘I should get a full refund – just for the Nachos.’ I just think it wasn’t acceptable. They turned round and said it was their policy. I said it was disgraceful, and it is daylight robbery.”

Gemma, from Redcar, North Yorkshire, said she made the order with her local Subway last Thursday (September 29), via the Uber Eats App, “just out of pure convenience”, while at home recovering from an operation. 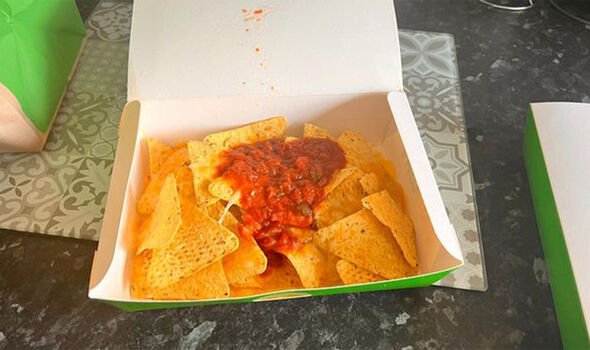 She said: “I ordered a chicken tikka salad and Nachos. It gives you the option to have jalapenos and I’d clicked them as well. The order came to almost £11 and took about 40 minutes to come.

“Then when I opened the nachos, there was just a dollop of cold salsa on top, and there was no cheese – and also there were no jalapenos. I thought ‘that’s just a joke’. I didn’t understand how they could get it so wrong.”

Gemma spent the next few days reaching out to representatives from Subway and Uber Eats and was shocked at the meagre refund both companies had offered her.

She said: “I reached out to Uber Eats and explained what had happened. “They came back in five minutes and said they would give me a 78-pence refund. I said that wasn’t acceptable, as they hadn’t fulfilled the order.

“I posted it on Facebook and said, ‘Who employs these people?’. Then I got contacted by someone on Twitter, but they were from the USA. They told me to reach out to the UK business.”

Gemma has since revealed she has received a full refund of £10.48 after Subway and Uber Eats were asked to comment on this story.

A spokesperson from Subway said: “We are sorry to hear that a guest was not happy with their order from their local Subway. Our Guest Care team has reached out to the customer for more details, so we can put the restaurant owner directly in touch to find a resolution.”

A spokesperson for Uber Eats said: “We are sorry that there was an issue with this order and we have since processed a full refund. We would encourage any user who has a problem with an order to reach out to us via the Help section in the app.”