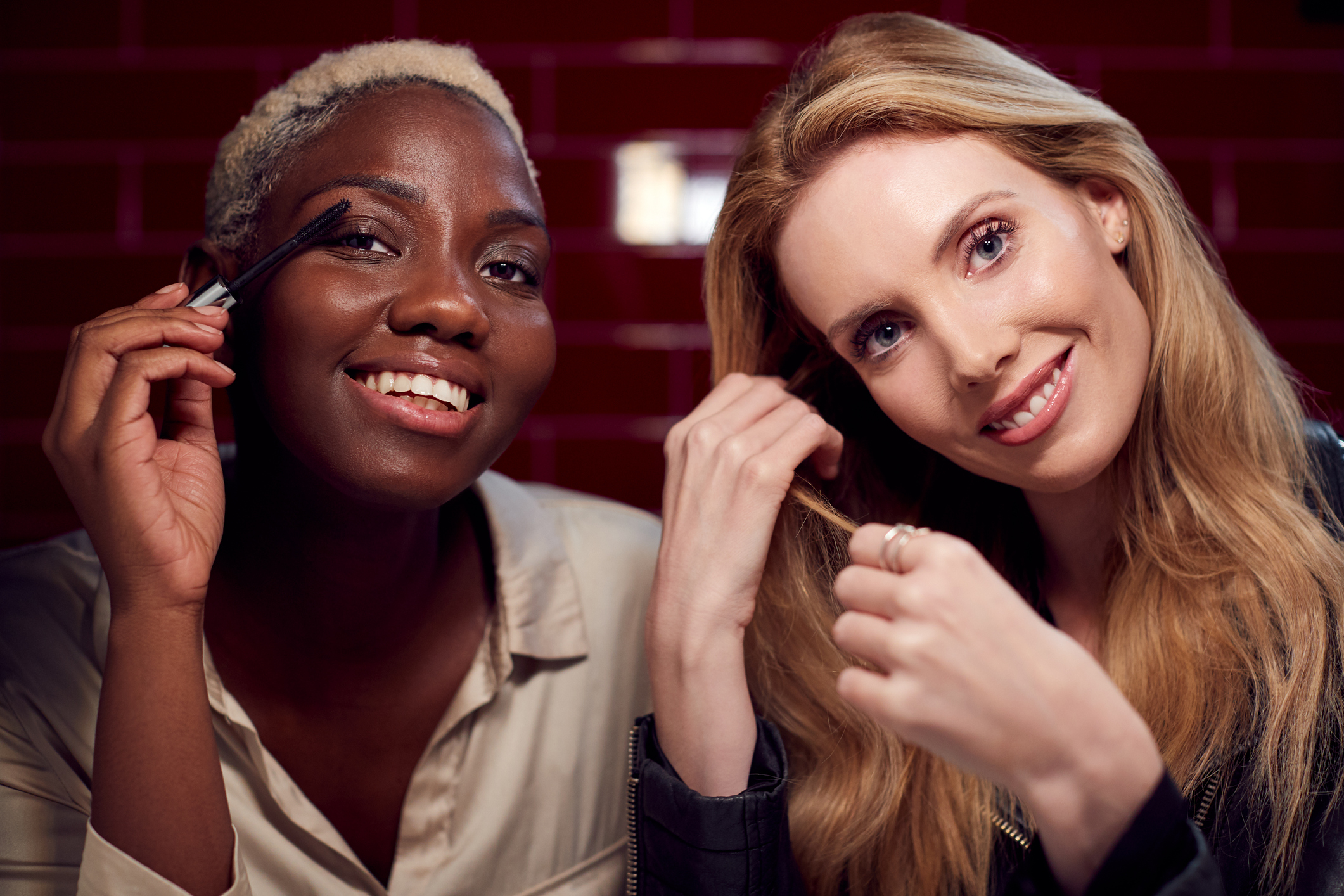 If you’ve ever been in a girls, theys and/or gays bathroom, chances are you’ve made friends in there.

Bathrooms on a night out can be some of the best, most uplifting places in the world, where insecurities are lovingly chipped away at with kind words from total strangers who, for reasons best known to their cocktail glasses, talk to each other like they’ve been friends for years.

And woe betide anyone you’re dating who’s letting you down because the next time you’re out and in a sharing mood, choruses of ‘dump them’ will be heard from two boroughs over.

According to a survey of 2,000 Brits aged 18 – 45 by Dusk, a nightlife discovery and free drinks app, 59% of them have used a bar, pub, or nightclub bathroom to give or receive life and relationship advice from strangers.

But as soon as these beautiful bathroom bonds are forged, they can disappear. Maybe you forgot to exchange names, or the Uber arrived, or any number of vaguely drunken and disorganised reasons. Either way, it’s little wonder that more than half (55%) are left still thinking about the people they met.

Well, for anyone looking to reconnect with a bathroom bestie, Dusk wants to lend a hand.

Their Bathroom BFFs service lets people to upload stories about the friends they met on a night out and tries to match them with the people they’re looking for.

People like Katherine, who’s looking for someone who was having boy troubles when they met.

‘There was a girl crying in the toilets of Barrio Shoreditch whose boyfriend hadn’t been very responsive and was bad at communication, she wrote. ‘He was basically ignoring her.

‘We gathered around her and convinced her to dump him then and there as he wasn’t worth her time. She did it and ended up having a great time that night, and we all spent the rest of the night with her.’

And someone who submitted her search request as ‘blonde girl’, who got help making a big cosmetic decision.

She wrote: ‘I was overheard debating with my friends whether or not to get a boob job by a woman in a London bar. Later that night she introduced herself to me in the bathrooms and said she couldn’t help but hear my convo. She’d had hers done a few months ago and proceeded to get fully topless and let me touch up her new boobs for “quality assessment”.

‘Both her and her boobs were glorious, and I went on to get the number for her surgeon and now have a fabulous pair of my own. I think of her every time I look down and wish I could find her to thank her.’

Sophie Abrahamovitch, co-founder of Dusk said: ‘Bar, pub, and nightclub bathrooms are a massive part of a night out; from freshening up, holding a DMC, or just needing some space for a bit of “recovery”, people head to the bathroom for many reasons outside of the obvious.

‘We’re all chattier after a few drinks and we’ve all used these spaces to unload or get some unqualified advice. And in some cases, these interactions can change lives forever. It’s a beautiful little nightlife phenomenon.’

Psychotherapist and relationship expert Lucy Beresford has a theory about why we are more open in these situations.

She said: ‘When chatting to a stranger, they are a blank canvas and we project onto them many of our own desires and attributes. When they respond in kind, it makes us feel very seen or heard.

‘They can give us concise, objective, often brutal advice about a dilemma or problem, which other people in our life might be nervous about voicing.’