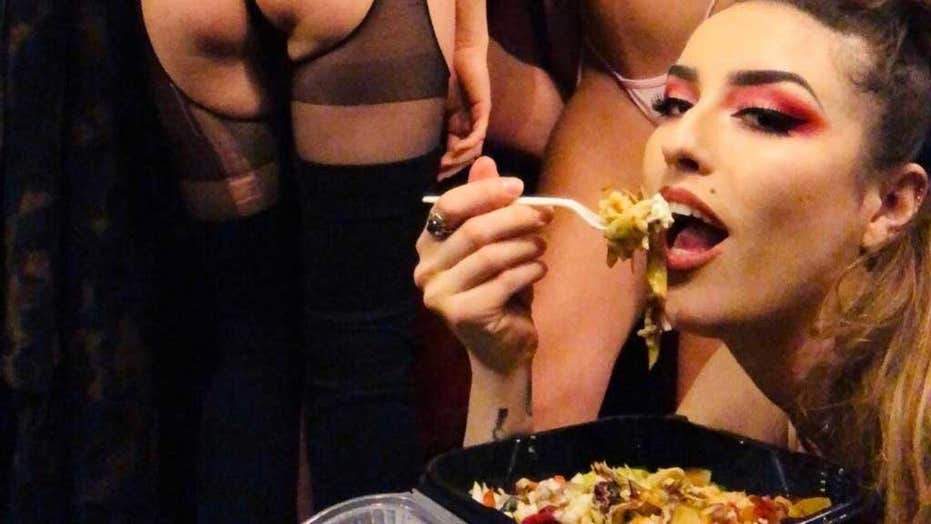 Kandi’s Gentleman Club ‘inappropriate’ sign drew the ire of locals. Many called the post, calling for mothers to hit the stage, bad taste.

The strippers of Oregon’s biggest city are eating better, thanks in part to Nikeisah Newton.

Newton, 38, has recently started a business that literally caters directly to Portland’s exotic dancers and dominatrixes, who, when ending their shifts, allegedly have few late-night dining options aside from fast food and greasy diners. 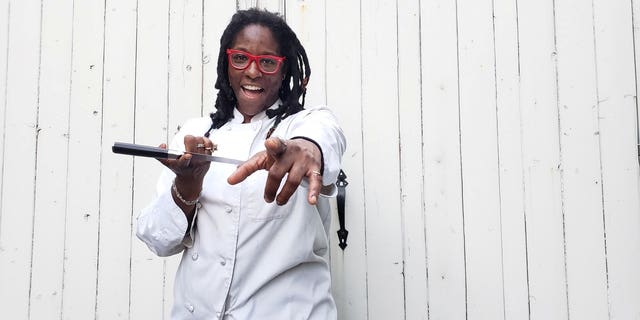 Chef Nikeisah Newton started out by dropping off food for an ex-girlfriend who worked as a stripper. She soon realized there was a whole market for her services.
(SWNS)

Newton originally got the idea for her business — which she now calls Meals 4 Heels — in December, after hearing of how her then-girlfriend, a stripper, would complain of having nowhere healthy to eat after her shift was over. Newton then began delivering meals to her friend at the strip club, and soon other dancers started showing interest, Newton said.

“She mentioned that the other dancers were intrigued and impressed by what she was eating at night and that they wanted to eat something similar.”

“The dancers can’t leave the club to get food, and in some clubs they let the cook go early to save money. Nothing is geared towards the women who work there,” Newton told SWNS. 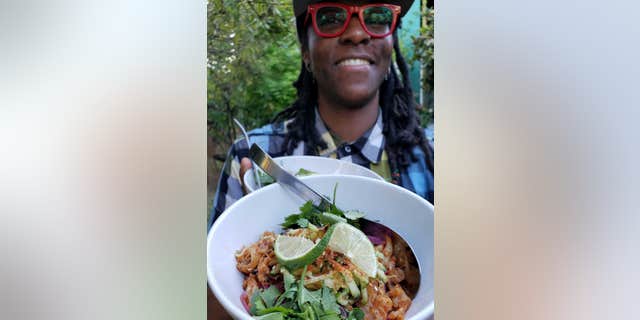 Newton originally got the idea for her business — which she now calls Meals 4 Heels — in December, after hearing of how her then-girlfriend would complain of having nowhere healthy to eat after working at local strip clubs.
(SWNS)

The former chef added that the meals — which all start with a bed of massaged kale before being topped with vegan or vegetarian options — are very friendly to those who need their energy to “climb the pole.”

“If strippers eat my meals, they are not going to be left hungry,” Newton told SWNS. “They will be able to work, climb the pole, swing around and not feel bloated or gassy.” 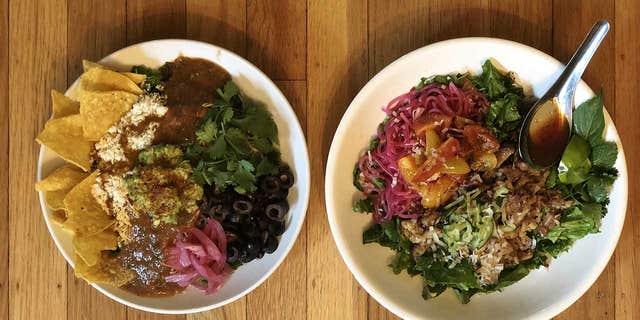 "[Strippers] will be able to work, climb the pole, swing around and not feel bloated or gassy," said Newton.
(SWNS)

Right now, Meals 4 Heels is a one-woman show, with Newton cooking and delivering each of the 20-plus orders she gets weekly, although she says she’s interested in expanding the operation to other states.

“It is a black-owned, female-powered business. This is a one-woman army.  I go to the farmer’s market, cook and prepare the food and I deliver it,” she said.

Newton also hopes to one day be able to give a portion of her revenue back to the community to support the sex workers of Portland, which is often said to have the highest per-capita rate of strip clubs of any U.S. city, according to Time.

GET THE FOX NEWS APP

For now, though, she’s at least offering some much-appreciated nourishment in the early hours of the morning.

“When you are eating bad food, you really feel it,” said Julia Flores, a dancer who spoke with SWNS. “It matters what you are putting into your body — this is a very physical job.”