Hip-hop group members Takeoff, Offset, and Quavo of Migos have expressed their love for Popeyes more than once. For instance, the song "Stir Fry" references the beloved chicken in the lyrics, and member Quavo even tried to get in on the hype of the Popeyes’ Chicken Sandwich by attempting to sell one for $1,000 selling one back in August. And now, Popeyes’ Migos Menu is available for a limited time, with combos that’ll make you want to order more than once.

First, it’s good to mention the limited-time menu items are only available through Uber Eats nationwide and in Canada from Dec. 6 through Jan. 2. The pricing and offers may vary by location, but you can check availability and pricing via the Uber app or online.

Now, to the menu items. The largest option on the Migos x Popeyes menu is the Tour Rider (because yes, of course they have Popeyes on their rider), which starts at $46.99 and contains 20 chicken tenders, seven sauces, an order of large mashed potatoes with gravy, two large fries, five biscuits, and an entire gallon of lemonade. Whether you want to share this or just enjoy Popeyes for a few meals is up to you. 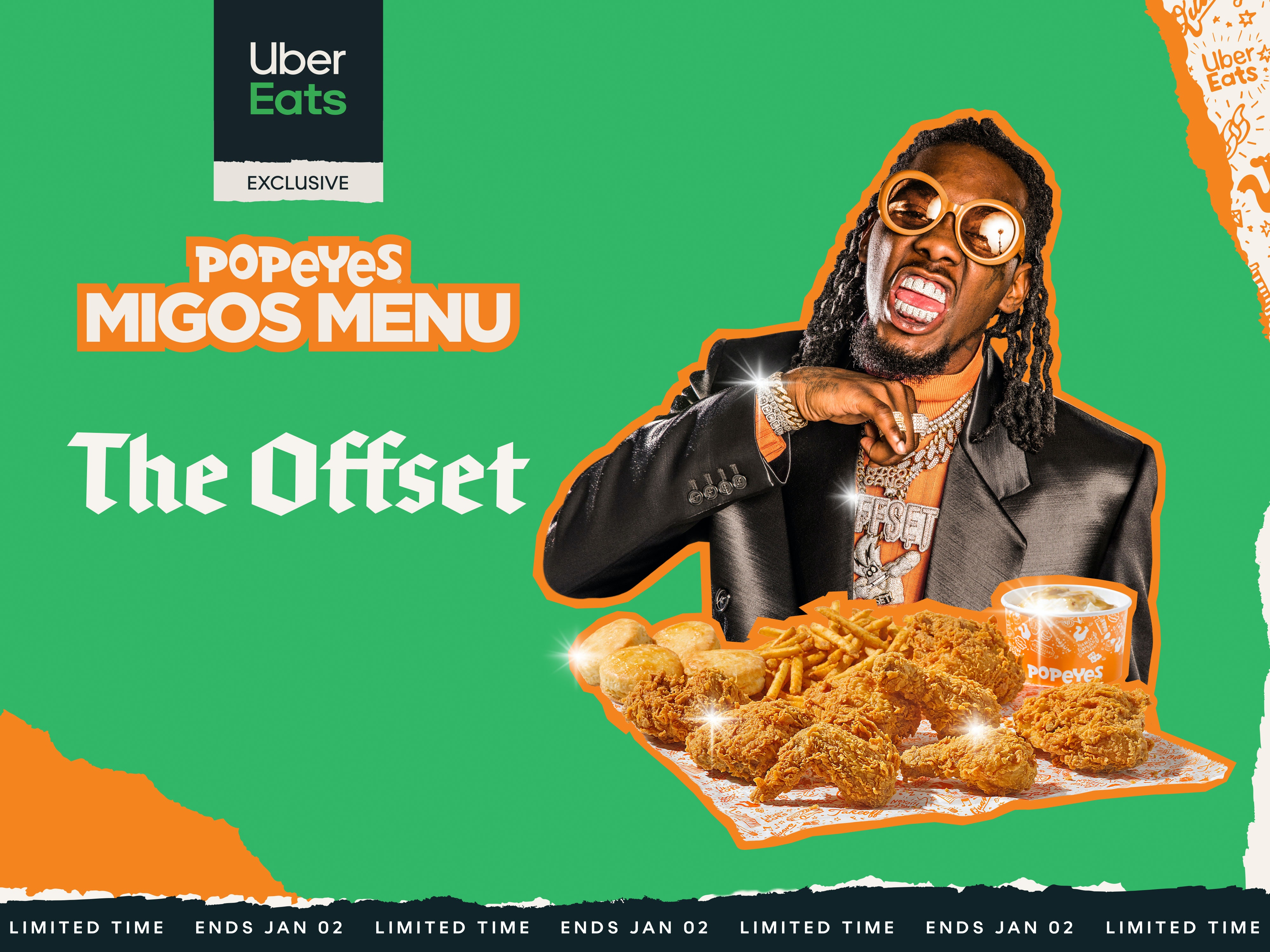 The rest of the menu items are named after the members of Migos. The Offset, the second-largest offering at $21.99, gets you an eight-piece bone-in-chicken meal, a large fry, an order of large mashed potatoes with gravy, and four biscuits to top it off. 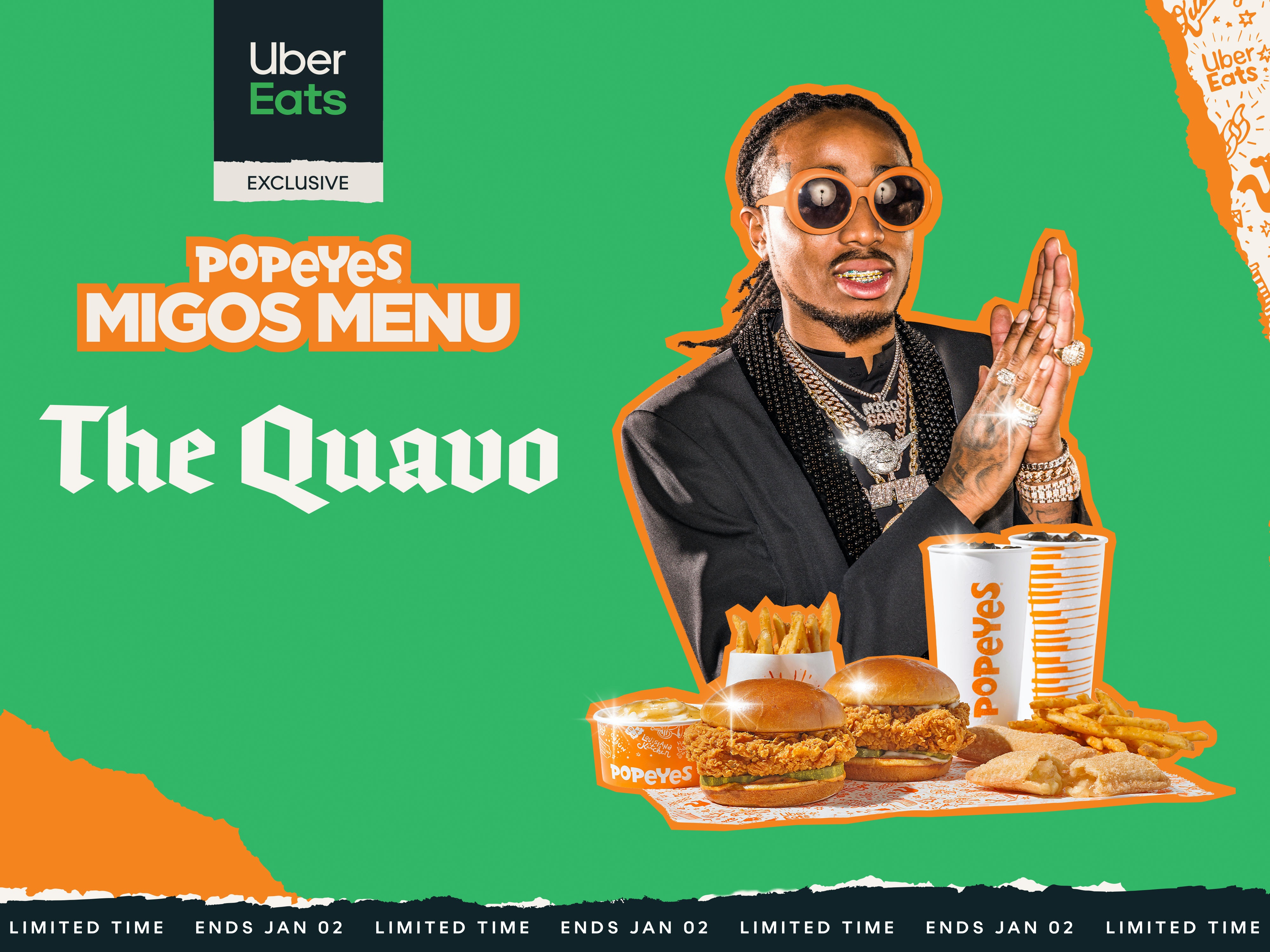 The Quavo is sans biscuits, but it contains — you guessed it — the viral Popeyes chicken sandwich. Actually, the meal comes with two of the chicken sandwiches for double deliciousness. It also includes two regular fries, one order of regular mashed potatoes with gravy, two apple pies for dessert, and two small drinks, all for a starting price of $17.99. 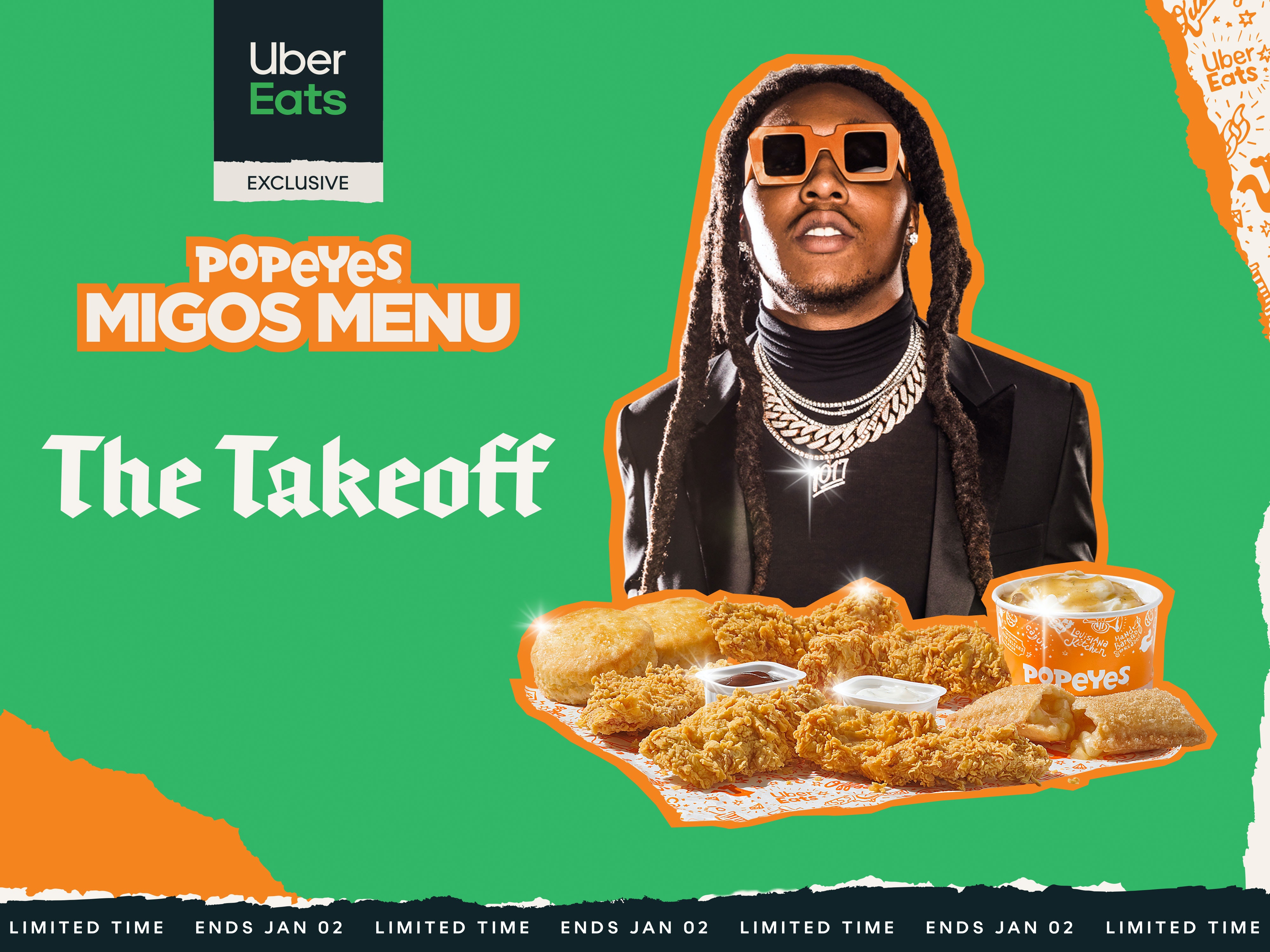 Finally, the last and lowest price menu option is The Takeoff, which will sell for $9.99. The Takeoff will get you five chicken tenders, two sauces, one order of regular mashed potatoes, two biscuits, and one apple pie.

Now please excuse me while I place my Uber Eats order.