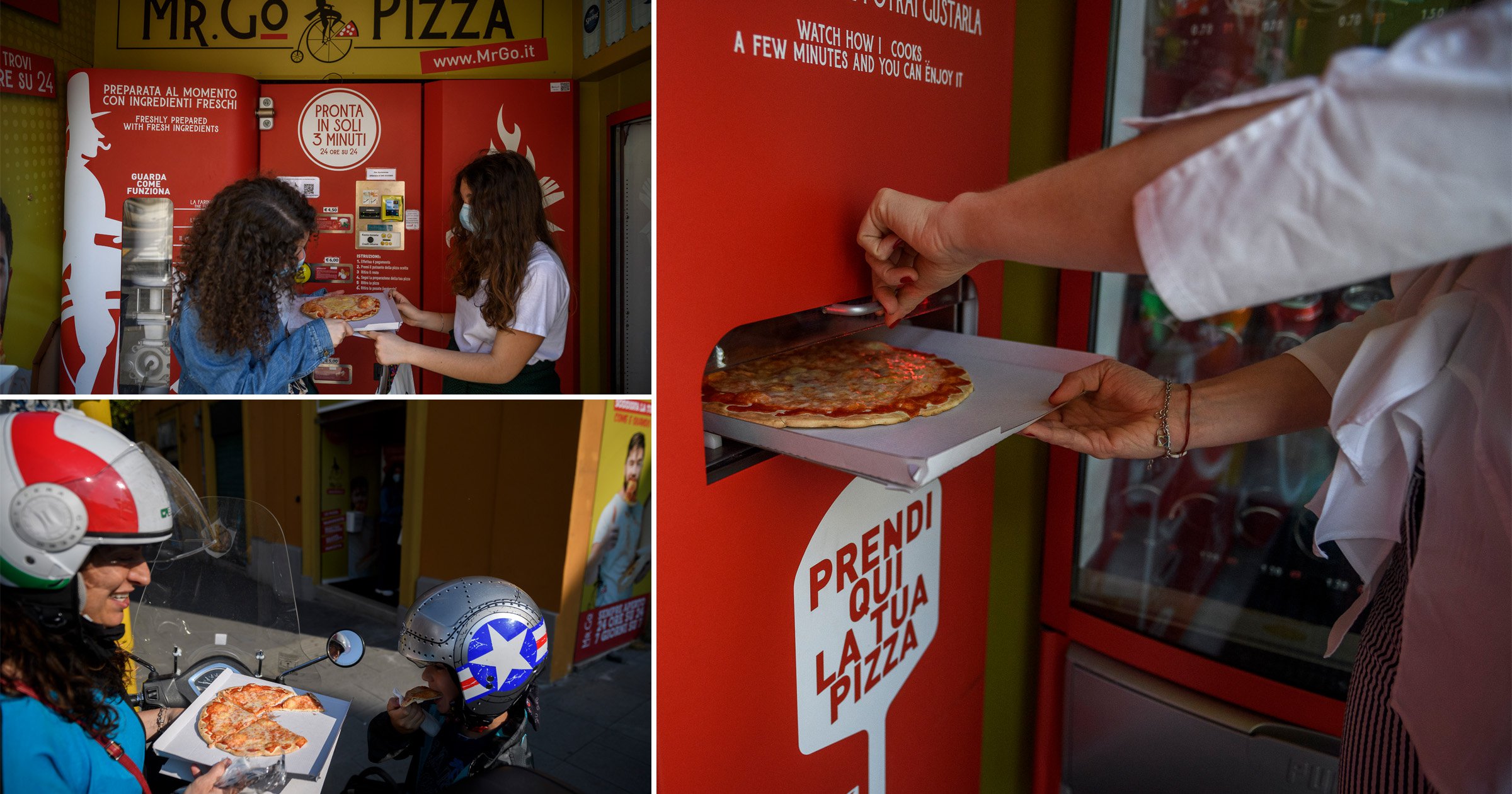 When you imagine picking up a pizza in Rome, you probably think of a cute local restaurant that has been making the stuff for decades.

But now, you can grab a magherita in just three minutes with zero human interaction, thanks to the Italian capital’s first pizza vending machine.

Unsurprisingly, it’s not gone down well with some calling it ‘blasphemy’.

The machine can serve up to 900 of the dough-based treats every day at any time.

He added: ‘When I first saw the machine and learned about how it works, I totally fell in love with it.

‘And so I did a lot of research and spoke to a lot of food suppliers, ensuring that the ingredients would be of the highest quality. People are mocking the product without even having tried it.’

After the machine was featured by the New York Times, pizza fans took to social media.

One said: ‘I can’t see this having much of an impact on the pizzeria sales in Italy!’

Another added: ‘What a terrible idea… especially in Italy.’

‘It’s probably going to be edible. But looking at it I know for a fact Italy can do a lot better,’ someone else wrote.

Others called it ‘sacrilege’ and ‘blasphemy’.

The vending machine isn’t a world first though – Britain’s first pizza vending machine launched in Bristol last year, but people seemed a bit less concerned with the culinary history of the food stuff there.