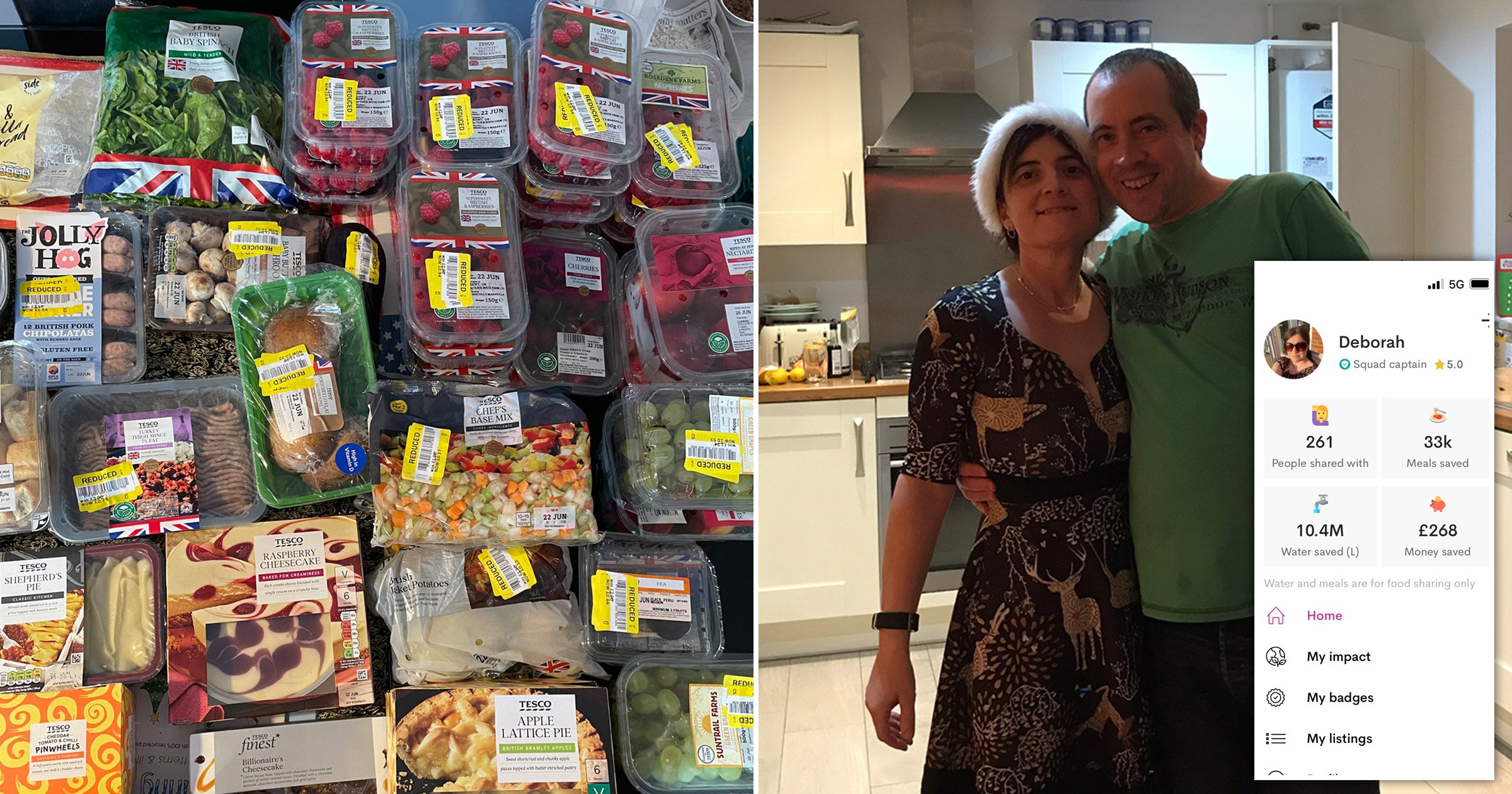 A primary school teacher from Middlesbrough, Tyne and Wear, has been dubbed the Whoopsie Queen after saving 60,000 items of food from being thrown away.

Over the past 19 months, mum-of-four Deborah Doloughan, 41, has saved thousands of pounds worth of food from being binned before distributing them to people for free.

While studying primary school teaching at university in 1999, Deborah worked as a cook at a fast-food restaurant.

During her time, she grew disgusted by the amount of food being thrown away, and she has become passionate about fighting needless waste ever since.

Deborah spent the following two decades as a yellow-sticker shopper.

During lockdown in November 2020, she came across an app called OLIO, which helps to distribute surplus supermarket produce destined for the bin to people for free – and decided to train to become one of their ‘food waste heroes’.

Now, with the help of husband James Doloughan, 43, and children, Millie, 11, Jacob, 10, Luke, seven, and Isaiah, one, Deborah, collects food and hands it out, saying: ‘This app was made for me!

‘I became so passionate about food waste and shopping in the reduced section that my friends started calling me the Whoopsie Queen.

‘Now I feel like joining the Olio app and making sure as much food doesn’t go to waste has been my calling.’

As well as working full-time as a primary school teacher, Deborah now spends five nights a week collecting surplus food from her local supermarket before taking pictures of it and listing it on the app – waiting for people to come by and pick it up.

With food prices soaring, in the face of the cost of living crisis and the highest inflation in 40 years, Deborah says more people than ever have dropped by her home to collect free goods.

‘I have noticed a massive influx of new people, as I know the regulars and their names,’ she noted.

‘But with the food price crisis, more and more people are relying on services like this.

‘I have seen so many people who rely on free food.

‘One Friday I didn’t collect any as I was at a party and a woman came to me the next week and asked me why I wasn’t there.

‘That was going to be her family’s food for the next few days.’

Across the five nights, Deborah will head to her local supermarket at 8.30pm.

Then she goes home with the food she collects and gets it photographed and listed on the app, ready for people to knock on her door by 9.30pm – with her children and her husband helping to give it out.

She said: ‘My children have been assisting me by collecting the food with me and getting pictures of it sorted, so people can see what we have.

‘One of my sons has made friends with a lovely old lady, and they exchange flowers and chocolate, which is just gorgeous.

‘For me, that’s so important, and I want to instil these values in my children.’

Once items have been collected from the supermarket, people have until midnight to pick them up to comply with Food Standards Agency (FSA) regulations.

Deborah became interested in the food waste app after seeing a post on social media and soon enrolled in the six-hour training course to qualify as a food waste hero – which she smashed on her first attempt.

‘I was excited, as their mission is to end food waste, which felt like something I would have invented if I was business-minded.’

She claims her first haul was a ‘baptism of fire’ after collecting roughly 200 items, including sandwiches, butter, milk, yoghurt and vegetables.

Anxious about wasting the food if no one came to claim it, Deborah knocked on 20 neighbours’ doors and, by the end of the night, a dozen had signed up.

‘It was tricky, as OLIO had only just started taking off, so initially, I was panicked because I had all these items,’ she explained.

‘I was so anxious, I went to all of my neighbours and left leaflets, as well as telling everyone in my family.

‘About 12 people joined that night and requested food, so it all went.’

Since then, Deborah has saved 60,000 items from being binned so far – 33,000 through OLIO and a further 27,000 through her school using the FareShare app, where they redistribute surplus food to charities and schools that turn it into meals.

And she has no plans to stop anytime soon.

Deborah is also keen to dismiss any stigma about eating food nearing its expiry date, as it is still fresh and cheaper or, in this case, free.

She said: ‘A lot of people think that reduced section food is less good, or it will make you sick.

‘But it is still in-date, and it means you get to try new things.’

Food waste heroes are allowed to take 10% of the food collected on any given night – so Deborah has not needed to buy bread, milk, fruit or vegetables since she started.

‘If there are 200 items, you can keep 20, and it does impact the food shop, as I normally pick bread, milk, fruit and vegetables,’ she said.

Deborah now hopes to inspire more people to join the app, to help in the battle against food waste and help other members of their community.

She said: ‘It’s a really fantastic way to help the planet and help others.

‘It’s become part of my social life as well because I have made friends with many people doing the same thing.

‘I have lived in a cul-de-sac for five years and never knew my neighbours.

‘Now I know exactly what kind of bread their children like. Food has brought us together.’