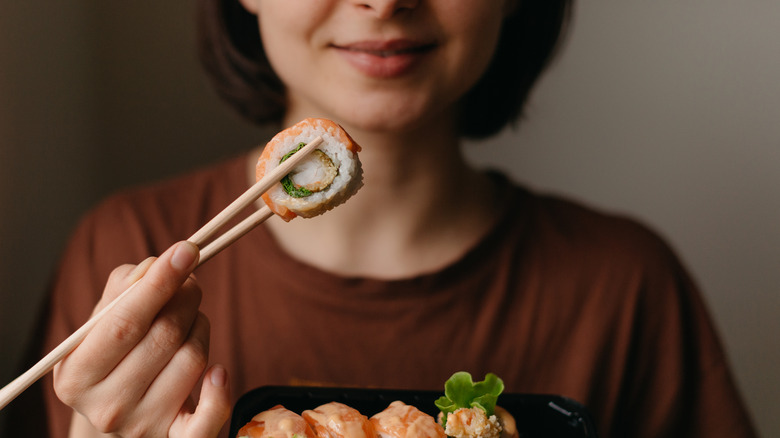 If you’ve ever gone out for some sushi or eaten Japanese cuisine, you’ve likely seen chopsticks on the table. Now, whether you decide to actually use them — versus just asking for a fork — is completely up to you. For those of us who enjoy wiedling chopsticks, you might be interested to know that they have a long history. The earliest versions of the tool were probably twigs that were made over 5,000 years ago in China, according to Smithsonian Magazine. Hundreds of years later they spread to Japan, Vietnam and Korea, where they were typically used for just religious ceremonies. Today, chopsticks are used for many meals from ramen to dumplings.

With so many other kitchen utensils out there, you may wonder what the appeal of eating with these thin tapered sticks are. One Reddit fan has an interesting theory for why they’re so popular. “A chopstick is akin to two fingers that can manipulate food with much more grace and efficiency,” they wrote. “The only reasonable food that you should eat with a fork is a steak that you have to cut.” So, if you’re now ready to try these unique food instruments, we’ve compiled a list of mistakes you’ll want to avoid.

This chopstick move is considered inappropriate 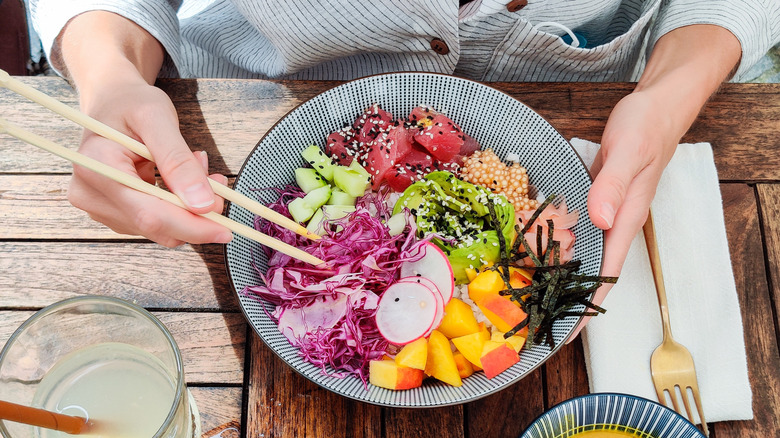 After you’ve taken a bite of your warm rice, you might be tempted to plant your chopsticks vertically into your food. Thrillist reports that this is a big taboo in most Asian countries, like China and Japan. This move is apparently similar to Buddhist traditions that are only done when you’re making offerings to the dead. It’s also considered disrespectful to pass food from chopstick to chopstick because it’s only done at funerals, per Escape. Instead, If you want to share food with your friend or partner, use your chopsticks to put some on their plate.

Another non-no is using your dirty utensils when you’re picking up food from a communal plate. Thrillist advises that you should turn your chopsticks around and make sure to use the clean sides. It’s also considered rude if you touch a piece of food with them and don’t actually eat it (via Escape). Lastly, try to be mindful that chopsticks aren’t always the preferred utensil in every country. “Chopsticks are technically the major eating utensils for the four East Asian countries — China, Japan, Korea, and Vietnam,” cookbook author of “Viet World Kitchen,” Andrea Nguyen, told Thrillist. So, if you happen to find yourself in the Philippines, it’s good to make note that most dishes are eaten with a fork and spoon. With these tips in mind, you’ll be eating like a chopstick pro in no time.