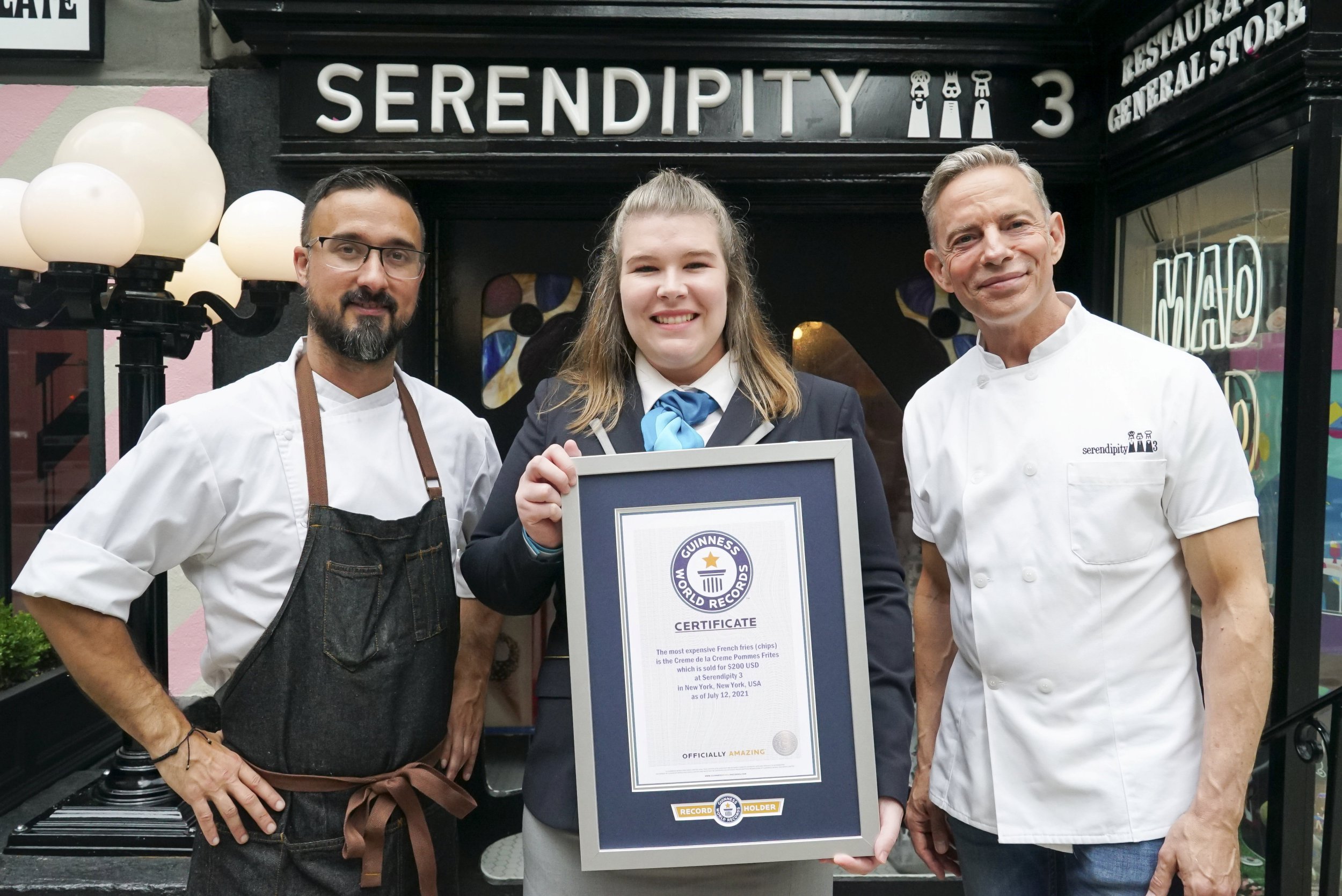 How much you expect to pay for a plate of chips varies across the UK, and is also dependent on whichever toppings and fancy dips you get with them.

This plate, however, even surpasses Central London prices, coming in at $200 (£144) as the most expensive in the world.

A restaurant known for their extravagant food has created a dish that’s anything but cheap as chips, with the potato strands dusted in gold and cooked in champagne.

The ‘creme de la creme pommes frites’ at Serendipity3 in New Yorl are blanched in nothing less than Dom Pérignon champagne, before being triple cooked in pure goose fat from France.

Finally they are seasoned with Guerande truffle salt, sprinkled with 23 carat edible gold dust, and served on a Baccarat crystal Arabesque plate.

And there’s no ketchup in sight.

They have been recognised by Guinness as the world’s most expensive fries, and were by chefs Joe Calderone and Frederick Schoen-Kiewert to celebrate National French Fry Day on July 13.

Creative director Joe said: ‘We are so honoured to be recognised by Guinness World Records for our creation of the most expensive French fries – the Creme de la Creme Pommes Frites – and look forward to creating even more over-the-top recipes in the future.’

This title accompanies the eatery’s existing records which include the most expensive milkshake, sandwich, and dessert.

Chefs there have also constructed the largest wedding cake and biggest cup of hot chocolate.