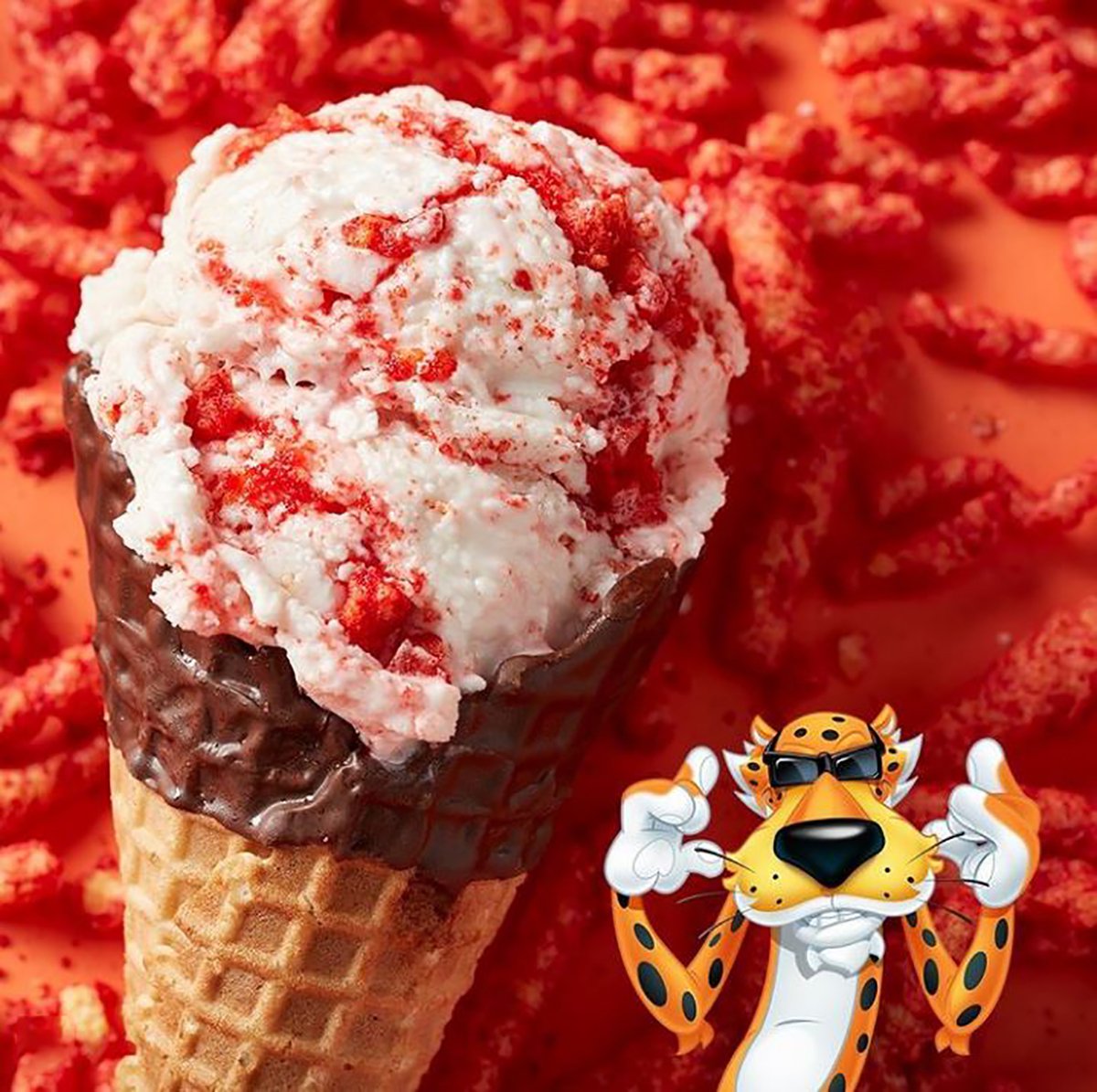 Marble Stone Creamery in the US is going all Heston and playing around with flavours, and it’s one spice fans will appreciate.

The chain announced the launch of its new flavour this week: Flamin’ Hot Cheetos.

Sweet cream is mixed with Cheetos dust and crushed Cheetos mixed throughout – all in the Flamin’ Hot flavour that’s become so popular in recent years.

It’ll be available in all participating locations of Marble Stone Creamery, and can be scooped into a cone or tub, as well as being blended into a milkshake.

‘Its unexpected, a bit surprising and a whole lot of delicious. What’s not to love?’

One person wrote: ‘Guys please, it’s not too late to pull this from your lineup,’ while another said ‘I NEED THIS!’

Marble Stone Creamery aren’t the first to invent the flavour, though. Drill’d Ice Cream in Fountain Valley have had a similar one on their menu for years.

The ‘Hot as Hell’ gelato became the most popular flavour at the shop, with Drill’d founder Steve Kim telling Today in 2018: ‘First you get the vanilla ice cream and at the end, you really get a kick to your throat.

‘A lot of times when someone has a spicy tongue, they drink dairy to calm the heat. This is really confusing. It’s crazy.’

Let us know in the comments if you give it a go.