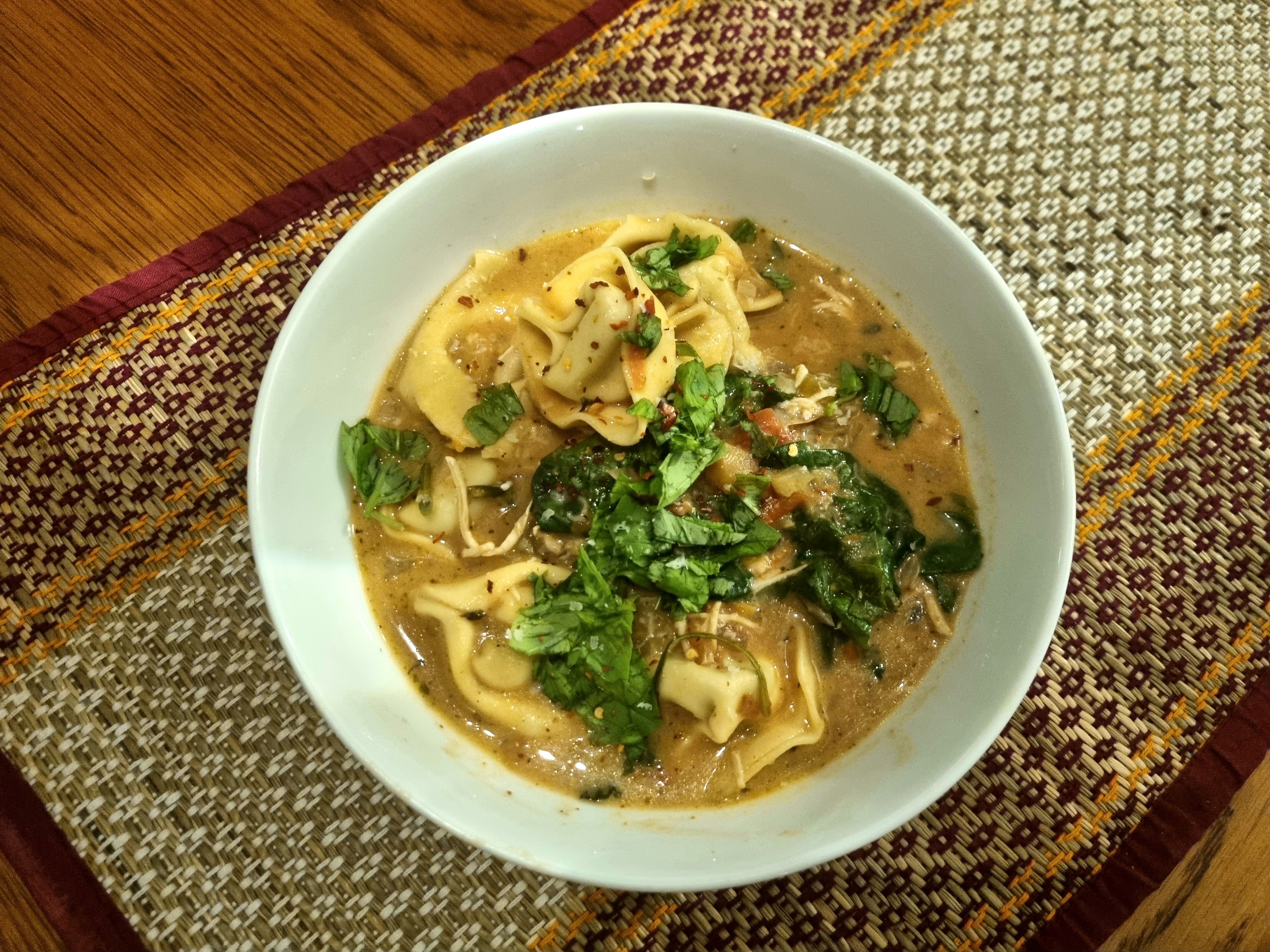 If you’re looking for a new dinnertime winter warmer, you’re in luck.

A dish has become so popular on Reddit that it’s become known as simply ‘The Soup.’

The recipe itself was originally pulled from 365DaysofCrockPot.com and was known as Slow Cooker Creamy Tortellini, Spinach And Chicken Soup before it became a viral sensation.

It’s definitely not the first time this soup has got people talking on social media, but it’s currently having a revival on Reddit – perhaps down to the time of year, and people yearning for warming recipes.

Now popular on the ‘Slow Cooking’ subreddit, the cheesy, creamy dish has got people excited once again – especially with how simple it is to make (some Redditors go as far as cooking it for eight hours on the low setting).

Incredibly easy and delicious? It sounds like a winning combination.

But is it really worth the hype?

Lifestyle Editor Rachel Moss road-tested it to find out….

Our verdict on ‘The Soup’:

I got a slow cooker for Christmas – because that’s what excitement looks like when you’re in your thirties – so imagine my delight when The Soup entered my orbit.

My husband spotted the viral Reddit thread and we knew we had to try it.

The Soup, it must be said, is so easy to make, even the most challenged home cook would struggle to mess it up. And it’s perfect if you’re working from home.

I completed steps one and two (microwave the base ingredients, then throw in the slow cooker with chicken, tomatoes and stock) on my lunchbreak. By the time I finished work, the house already smelled delicious.

All that was left to do was to throw in some tortellini, spinach and a splash of cream for 10 minutes and hey presto, dinner was complete with very little effort.

The Soup is hearty home cooking at its best – I can see why it’s been so popular. The bowl is creamy, comforting and filling – though, it doesn’t look too pretty. This is one for hunkering down with on a cold day, not a dish to serve to guests. My attempts to make it more photogenic with a sprinkle of chilli flakes and basil fall flat.

Still, The Soup will be entering the rotation of dinners I cook when I can’t be bothered to cook. Delicious!