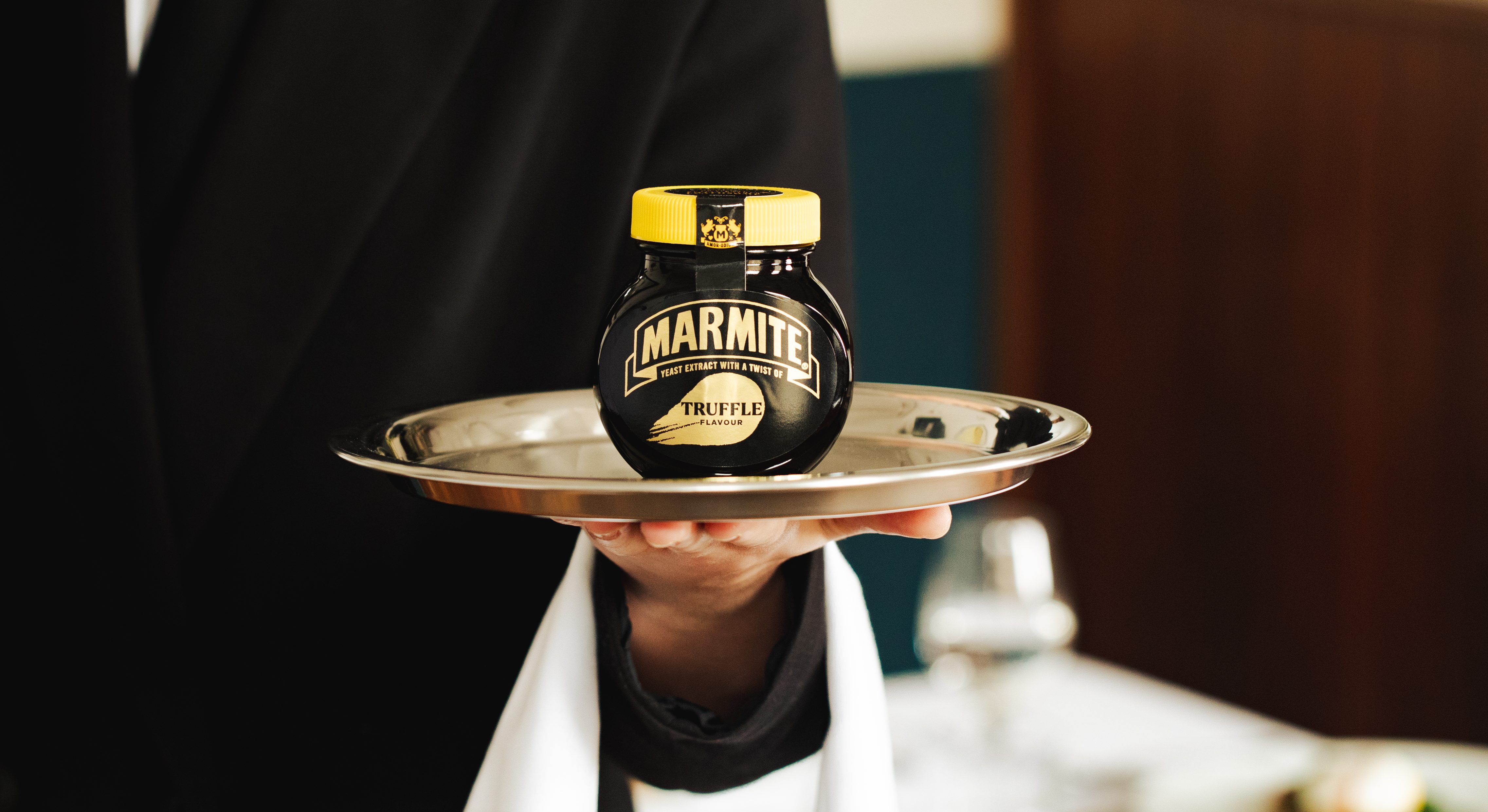 We all know that truffle is the flavour of the moment.

Every boujie restaurant has dishes infused with the decadent, earthy flavour, and you can even get crisps, cheese and salt flavoured with the stuff.

But one unexpected pairing is truffle and Marmite. Yes, the classic savoury spread famed for dividing consumers is launching a brand new flavour that is sure to delight some, and horrify others.

Marmite Truffle is the most decadent and deluxe Marmite flavour ever, and it is set to land on shelves in Sainsbury’s on May 2nd.

According to the producers, this bold new flavour is packed with a luxurious umami taste and an earthy aroma. Marmite Truffle is not just for spreading on your crumpets either, and would work to add a salty punch to stews or pasta sauces as well.

But with Marmite being so famously polarising, and truffle being another strong, punchy flavour – do the two things go together? Or is it a rather unpleasant assault on the senses?

I was sent the new Marmite flavour with a pack of crumpets, so I immediately stuck two in the toaster and opened up the jar.

The aroma was incredibly strong – the usual Marmite smell battling against the unmistakable scent of truffle. It was a nice smell, but did I want to smell it at 8am? I wasn’t sure.

I put a bit of butter on the crumpets and then a healthy dollop of the Marmite. Here goes nothing.

The taste was deeply salty and savoury, and the truffle flavour definitely made itself known. However, the classic Marmite taste is still really strong, so the truffle feels more like an afterthought – which is maybe a good thing.

If you like Marmite and you like truffle – you’ll like this product. The two flavours work well together, but they do create something that I felt was far too intense for breakfast.

Trying them later in the day on a robust slice of sourdough would work better than with crumpets and tea first thing in the morning.