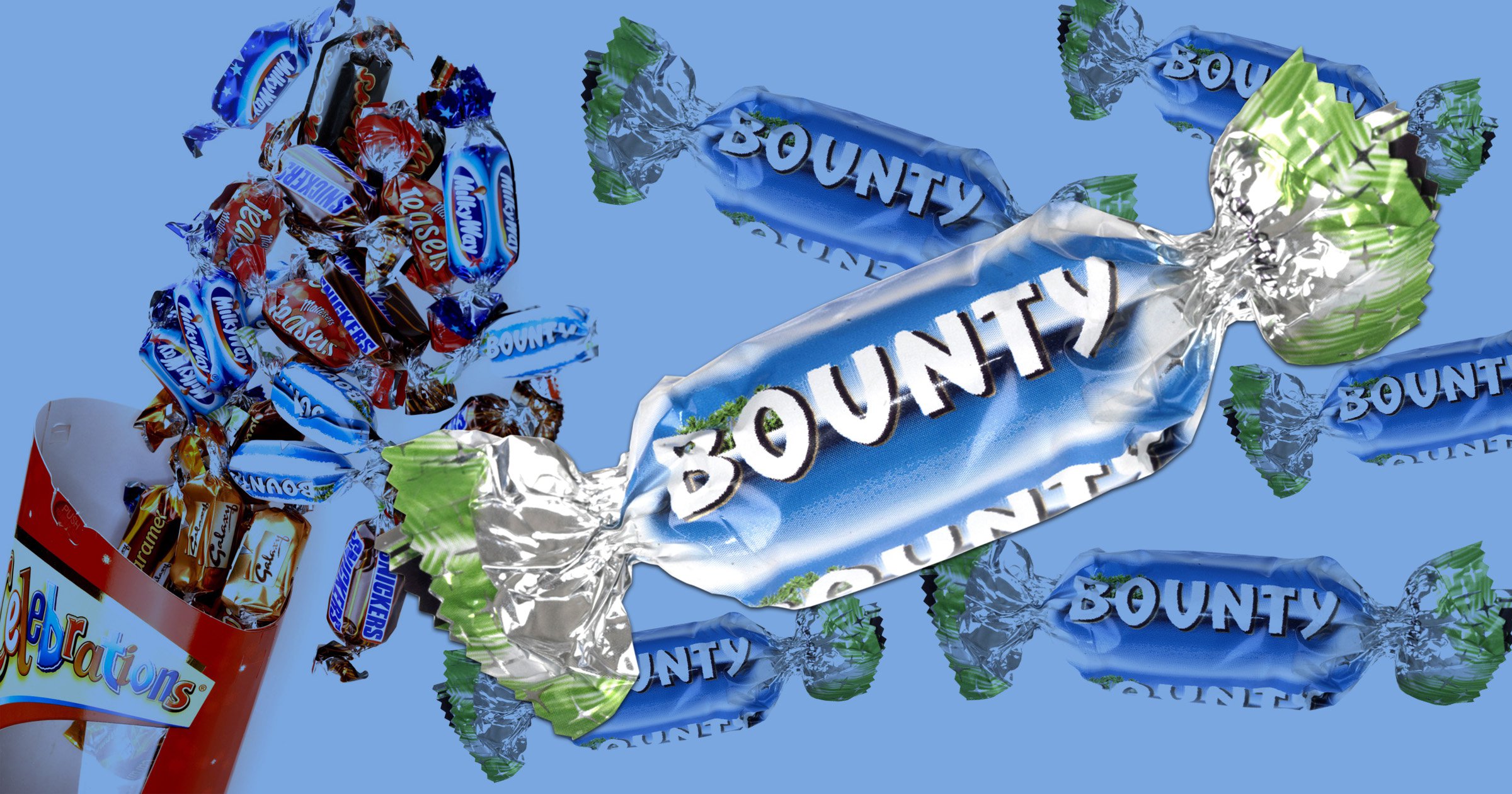 Christmas chocolates can be a great source of contention in British households.

Quality Street, Roses, Celebrations – the tin of sweets you go for says a lot about you. And within each tin, the decisions are fraught.

We all have are favourites that we will fight our siblings to the death for, and there is always a sad collection of loathed chocs that are still languishing in the tin come February.

But if your Christmas chocolate of choice is a box of Celebrations, then you’re in luck. From January, you’ll be able to return the much maligned Bounties and swap them for everyone’s favourite – Malteser Teasers.

We’re not being unfair to say that no one likes Bounties. The research backs it up.

According to a survey, Bounty is the nation’s least favourite in a box of Celebrations with over half (52%) admitting to picking it last – and 32% admit to throwing away unwanted chocolates.

This dislike of Bounty bars is most prevalent in Brits aged 18-24, with 44% of them choosing it last – the Maltesers Teasers being top pick with 63% selecting it first.

For the first time ever, Mars Wrigley is offering to take back unwanted Bounty bars from Celebrations tubs and swap them for Maltesers Teasers, as part of the Bounty Return Scheme, which is launching across the nation in January 2022.

The scheme is rolling out across three locations Including Glasgow, London and Manchester from the January 17.

To launch the scheme, there is also a new festive advert that depicts a heartwarming seasonal love story featuring two outsiders, a Bounty Bar and a Brussels sprout.

‘Our film highlights a love affair between two outsiders – Bounty and sprout. The unlikeliest of couples but, nonetheless, a love for the ages,’ says Cemre Cudal, Mars Wrigley’s Head of Christmas.

‘I defy anyone not to fall in love with Bounty after they watch this heart-breaking film.

‘And if after all that, you still can’t bring yourself to love a Bounty this Christmas, we’ll take them back as part of our Bounty Return Scheme in January. Because no Bounty should be left alone at the bottom of a Celebrations tub.’