Today star Hoda Kotb rang in the New Year with her beautiful daughters, Haley and Hope, by her side, but where do her children live one year on from her shock split from fiancé Joel Schiffman?

Mastering the art of co-parenting Hoda and Joel appear to split time with their girls. Hoda has two homes and lives between an apartment in New York, and a four-bedroom waterfront property on Long Island and it’s unclear where Joel has been residing since the break-up.

WATCH: The heartwarming moment Hoda Kotb is surprised by her daughters

This means Haley and Hope have at least three places that they call ‘home’, a unique situation but nothing too unusual for the children of celebrities who often move from place to place.

EXCLUSIVE: Hoda Kotb and Savannah Guthrie open up about their friendship

Hoda sometimes shares glimpses into her idyllic homes via social media, once admitting that she struggles to keep her city apartment tidy with her two little ones making a mess and her not keeping on top of it. “I think I’m just wired to be disorganized,” she joked in a chat with Architectural Digest. 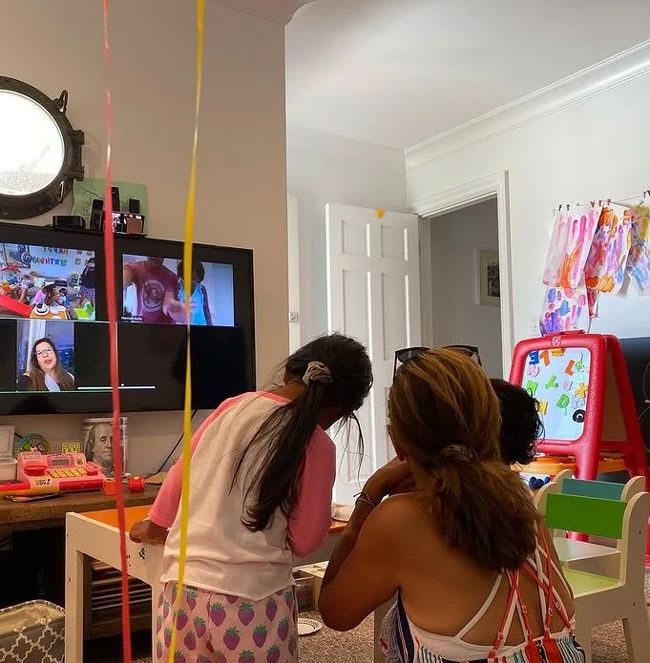 Hoda has two homes to raise her daughters

In an interview with HELLO!, Hoda clarified that the girls saw their father over the festive period: “My mom and sister and the rest of the family are coming, so we will divide.”

Hoda and Joel adopted their two daughters, and speaking to PEOPLE magazine, Hoda revealed she’s honest with them about being adopted.

Hoda and Joel are co-parenting their adopted children

“I tell them they were adopted, and I’m not sure if they 100 percent know what that means,” she said. “I always say, ‘You didn’t come from Mommy’s tummy, you came from my heart.’ And they understand that.”

Before news of their shocking split broke, Hoda has made no secret of her and Joel’s plans to adopt a third child. It is unknown if the presenter will proceed with her family expansion plans now that she’s single.