Dahlias are one of the highest production plants you can grow, so you won’t be disappointed at the result if you plant some. Dahlia tubers – specialised storage stem of certain seed plants – and bulbs are fairly straightforward to plant. Express.co.uk reveals how to plant dahlia tubers, according to the Royal Horticultural Society.

Dahlia tubers are tender, and the RHS describes their root structures as something that looks like “a bunch of salamis gathered together on a stem.”

You plant these different sized tubers in March or early April to flower by the beginning of July.

Now is the perfect time to plant dahlia tubers because there is almost no risk of frost – so get planting!

Now you know when to plant your dahlia tubers, it’s time to figure out how to plant them. 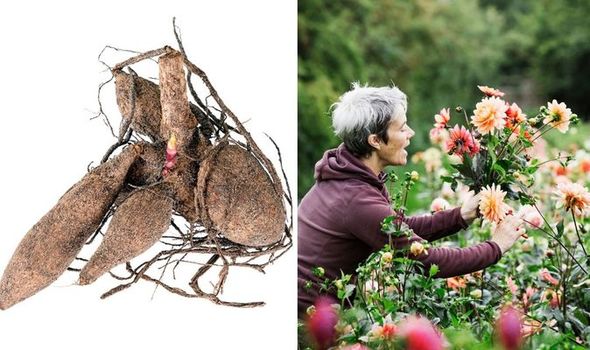 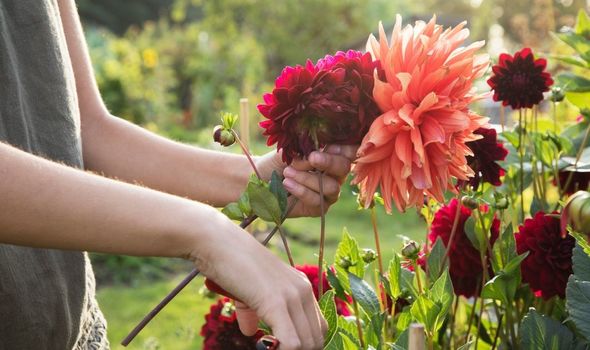 How to plant dahlia tubers

Experts, including the RHS, recommend planting dahlia tubers in a two to a three-litre pot filled with multi-purpose potting compost in March or April.

You’re going to need to place this pot in an area with lots of light and no frost such as a greenhouse to start with.

Then, when there is no risk of frost has totally passed (at the end of May in most of the UK, or early to mid-June in Scotland) you can plant them outside.

When potting up your dahlia tubers, you should use peat-free soil and plant them just below the soil surface. 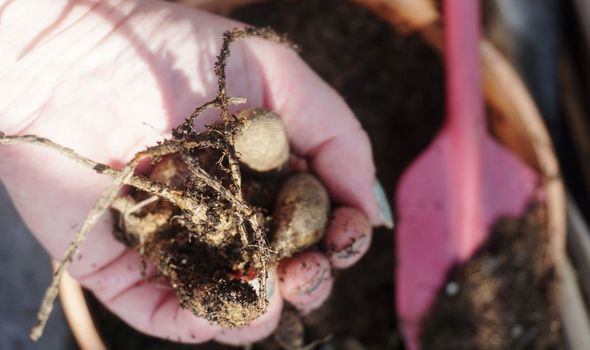 Gardening experts such as Sarah Raven advise you to do a cutting to turn your tuber into double or triple the number of plants to plant outside in May.

Sarah Raven’s advice reads: “You want to try and get a bit of tuber or stem with your cutting, and so for instance here I’m just going to try and nick into a little bit so I’ve got a bit of harder material.. below the cutting.”

Then, you need to pinch out the tip to encourage the plant to grow up and form flowers and shoots rather than forming lots of roots.

Sarah’s advice says: “You do that as the next thing, and then any leaf that would be below the compost, you remove with a knife or a pair of scissors because otherwise, that will rot.

“The final thing which I always find rather weird, but particularly with ‘Emory Paul’ which has whopper leaves, I’m actually going to cut those in half because they’ve got to photosynthesise and transpire, and this shoot has got to suck up enough water for it to do that, and by reducing the leaf surface area, I improve the chances of it rooting rather than flopping.”

You then pop those cutting around the outside of the pot in the soil.

When it’s time to plant your dahlias outside, you’ll need to make sure they’re in free-draining light soil where it is sunny and they have lots of space.

The RHS recommends adding one or two buckets of organic matter such as homemade compost or well-rotted manure to every square metre or yard of the soil.

You’ll also need to apply a general-purpose fertiliser such as Growmore as you plant (according to the manufacturer’s instructions). 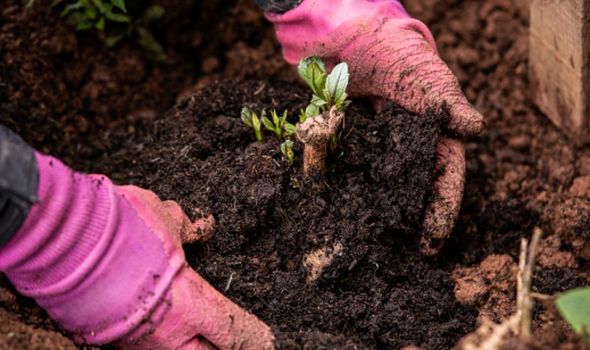 If you have tubers with shoots – potted or not – they need to have spaced about 60cm apart and planted about 10 to 15cm deep.

If you need to plant dormant tubers after lifting and storing them a year ago, you can plant them in pots in the greenhouse or directly into their growing place at the end of April.

The RHS site explains: “The soil won’t freeze at that point in the year and the tubers will start to make roots.

“By the time shoots come up in early June, the danger of damaging frost will be over. They’ll just be a little way behind plants started off in a greenhouse.”