Monty Don often shares his best gardening tips and tricks, on both social media and TV. Today, in an episode of BBC’s Gardeners’ World, the horticulturist explained how to grow pumpkins for “absolutely delicious” results.

Monty explained that usually he grows pumpkins and squashes with supports, “either wigwams or [I] created a trellis”.

These need to be “really strong” because the vegetables can be “quite heavy”.

However, this year, Monty didn’t have his sticks and supports to hand, and so he decided to “plant them flat on the ground”.

He had made space in his garden for his choice of vegetable – the pumpkin. 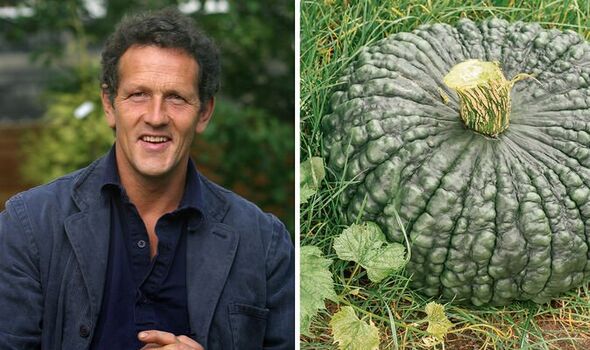 The gardener had marked out the spacing between each pumpkin, but he went on to explain why measurements matter.

He said: “What I would say is don’t be tempted to put them any closer together than this.

“A metre in any direction is the closest you should plant.

“And if you’ve got more space, two metres is not absurd.” 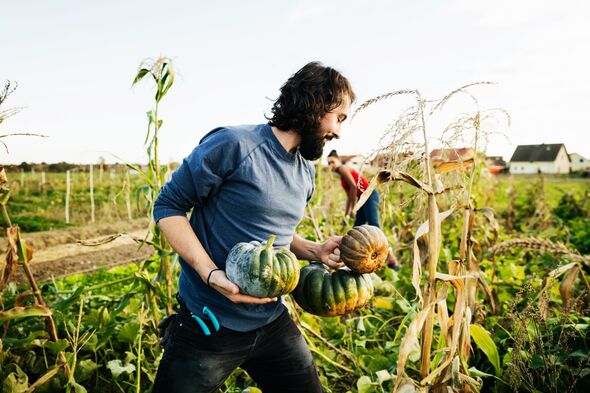 Monty explained that “squashes and pumpkins are the greediest and thirstiest plants that you could possibly grow”.

“The more you feed them, the better they will be,” he said.

Compost is important, and should be the next thing to prepare before planting the pumpkin.

Monty continued: “The best thing you can do to give them a start in life is some compost – not only will that feed [them], but it will act as a sponge to hold moisture.”

He then put the compost on the ground and planted the pumpkin into it.

Monty’s pumpkin of choice was the “Marina di Chioggia” variety, which he said is “one of my favourite pumpkins because it’s so beautiful”.

The pumpkin was a “lovely greeny-blue”. 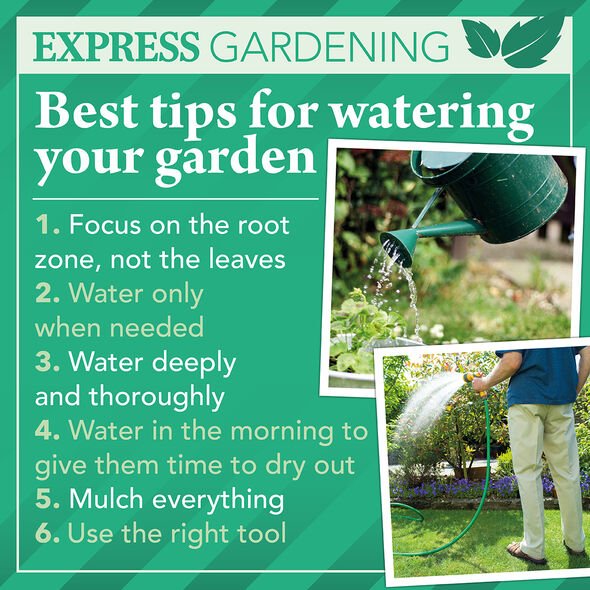 He added that after “popping” the pumpkin into the ground, he usually makes “a slight circle around it so that when I water it, the water doesn’t run off away from it”.

The Royal Horticultural Society (RHS) has also shared how best to grow pumpkins.

They added: “Pumpkins need plenty of water. To make watering easier, sink a 15cm (6in) pot alongside each plant.

“Water into this to ensure the water goes down to the roots and doesn’t sit around the neck of the plant, which can lead to rotting.”