Prince Harry’s explosive Netflix docuseries followed his and Meghan Markle’s love story and shock move to the US, including the time they spent at modest Nottingham Cottage and their move to Frogmore House.

In the Duke of Sussex’s memoir, Spare, he details the short time the couple lived at an unnamed property in Oxfordshire, ahead of their move into Frogmore in Windsor, while their residence was being renovated.

Harry explains that the couple were sadly forced to flee the home after to the press found out their location. In the book, he writes: “A helicopter was hovering above the property, a pap hanging out of the door, aiming telephoto lenses at every window, including our bedroom. Thus ended the dream of Oxfordshire.”

Before the alarms were raised regarding privacy, Harry admitted they “loved it out there” thanks to the “fresh air” and “verdant grounds”. 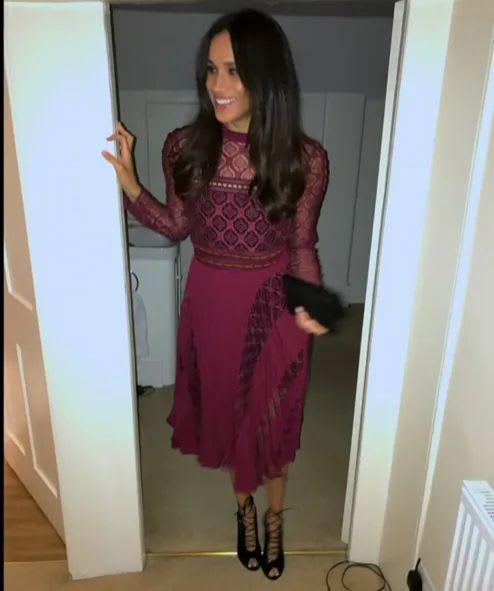 Frogmore House then became their safe haven to raise their son Archie for a few months before they decided to leave the UK.

The documentary allowed fans to see inside their UK home, which they still lease to this day, including a look inside their beautiful country-style kitchen and the pristine grounds. 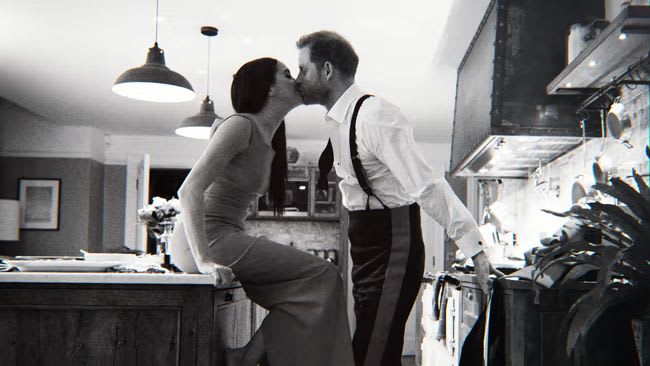 Their UK home has a dreamy kitchen

There’s also a grand home office, which the couple share, and it has a wooden desk in the middle with cream dining room style chairs to sit on. The Duchess has added chic finishing touches to the work-from-home space including a Hermes blanket and a stack of white magazines to raise her screen up. 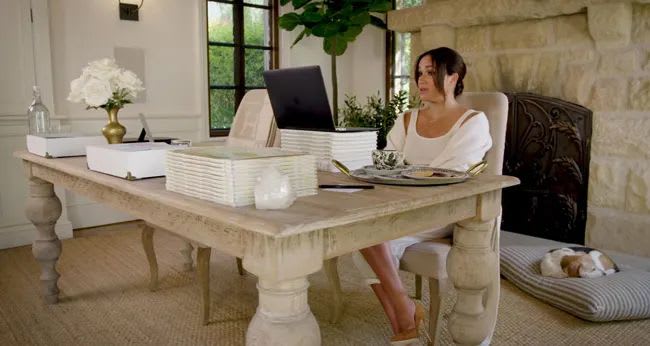 Meghan and Harry share a home office in the US

The royal couple now reside stateside in a sprawling mansion in Montecito, a residence which was also showcased in their documentary. Royal fans could admire their daughter Lilibet’s stunning nursery as well as their enchanting entranceway.

The interviews, however, were actually filmed in a $33.5million mansion nearby, and not the couple’s private mansion.