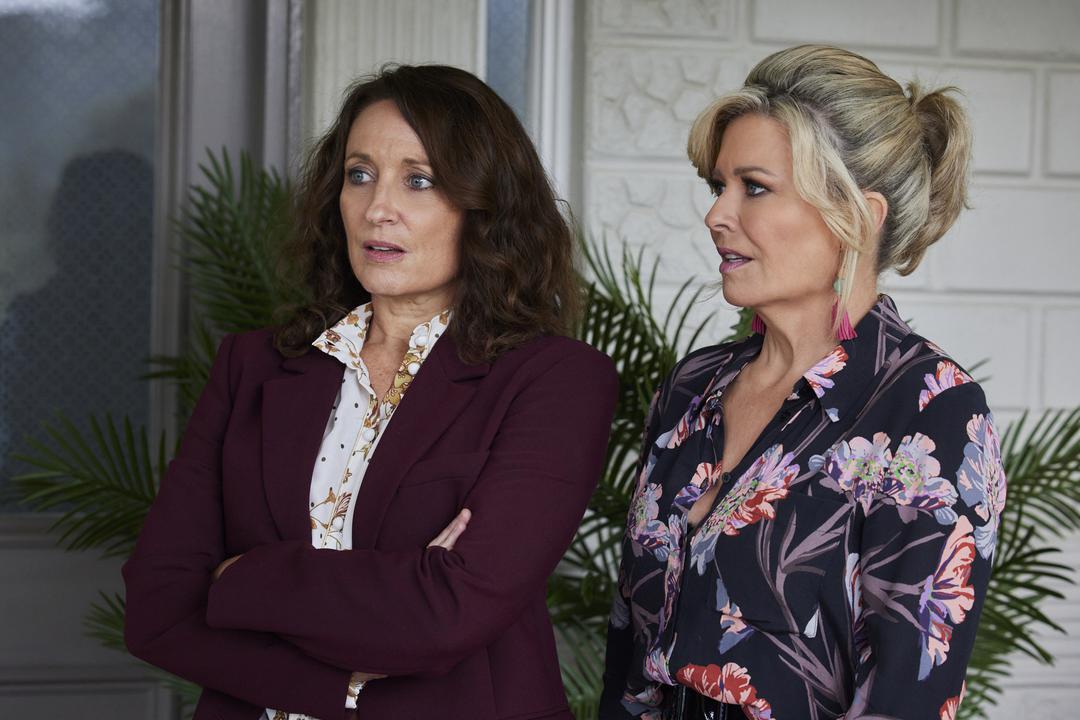 Marilyn (Emily Symons) has not long returned to the Bay after going away for a while to see Jett (Will McDonald) and Raffy (Olivia Deeble). However, one morning she hands Roo (Georgie Parker) her morning drink, only to have Roo remind her she isn’t the one who has tea – her dad does. She goes for coffee. To Roo’s surprise – and Ziggy’s (Sophie Dillman), as she stands talking to Roo – Marilyn becomes irritable and snaps that Roo should make the drink herself if she doesn’t like it.

Roo is further taken aback as the day goes on, as it soon becomes clear that the snappy remarks aren’t going away any time soon. Then Roo sees Marilyn come out of the Diner kitchen with two plates of food – only to drop them and watch them smash on the ground. When Roo tries to help, she gets her head bitten off yet again.

Later, Roo is walking towards the caravan park when she sees Marilyn in the distance, rummaging through something. As she approaches, it’s clear Marilyn is stressed out, as she mutters to herself and rifles through the caravan park bins. Roo immediately realises Marilyn’s problems are much deeper than a bad mood.

She confronts Marilyn and says her recent behaviour isn’t like her at all – she’s dropping plates, getting orders wrong, being rude to everyone, and now going through the bins? Is this a delayed relapse from the gas attack? However, Marilyn is defensive and lashes out, saying that Roo is just projecting her guilt about Martha (Belinda Giblin).

Smarting after the comment, but determined to be there for her friend, Roo suggests they go to see Logan (Harley Bonner) and get a quick check-up. The doctor is more than happy to help, but Marilyn is still out of sorts and her reaction to the impromptu appointment leaves both Roo and Logan more concerned than ever…