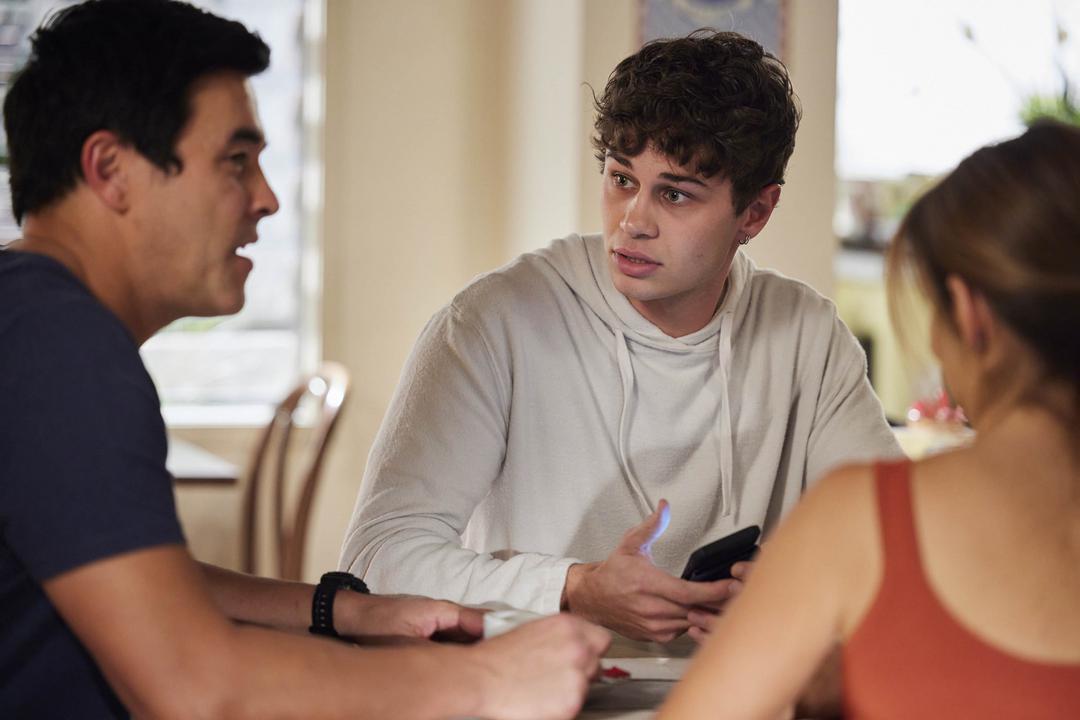 Justin (James Stewart) and Theo (Matt Evans) have become friends while Leah (Ada Nicodemou) has been away in Cyprus with VJ, bonding over experiences such as working at the garage together and getting Theo through his trial.

The two men have been enjoying going out for pizza instead of cooking at home, and John (Shane Withington) is invited along to their latest meal in Salt. Theo tells John not to let Leah know about his community service – and as if on cue, Justin gets a call from her.

Justin walks off to take the call and Theo quietly approaches behind him. To his horror, he realises that Leah is back in Australia – and has been for a while. What’s more, she’s over at his parents’ house, trying to talk sense into Dimitri!

Theo is left furious and hurt, shocked to learn that he’s been betrayed and lied to like this. How could they go behind their back like this? He confides in John, expressing his fear that Leah and Justin will take Dimitri’s side.

John makes it clear he has his back, giving Theo some relief that he has an ally when he returns to Justin. He calls Leah and begs her to come back soon, then confronts Justin about her whereabouts. Before long, he catches Justin in a lie – he tries to backpedal, but he’s been rumbled…