The best part of celebrity engagement announcements: getting a sneak peek at the new sparkler. Whether they debut their bling on the red carpet or on their Instagram page, plenty of A-listers love showing off their engagement rings as much as I love seeing them, and they’re always stunners. From modest rocks to multi-carat diamonds you could see from space, celeb rings run the gamut, but TBH, it’s the one-of-a-kind designs that tend to catch my eye. Though you may not be able to afford the most unique celebrity engagement rings, they offer plenty of inspo for nontraditional brides-to-be.

Diamonds aren’t every girls’ best friend. From sapphires to emeralds to pearls, some Hollywood stars wear other precious stones on their left index fingers. Instead of traditional designs, some boast vintage pieces, while others rock art deco-inspired rings. Just like snowflakes, all engagement rings are unique in their own way, but IMO, some are just… cooler than others. And even if the celebrity engagement or marriage doesn’t last, the coolest celeb sparklers live in jewelry history on forever. If you consider yourself an ~alternative~ bride-to-be, then you’ll want to check out these singular sensations. (Spoiler alert: You won’t find any of these rings at Jared or Zales.) 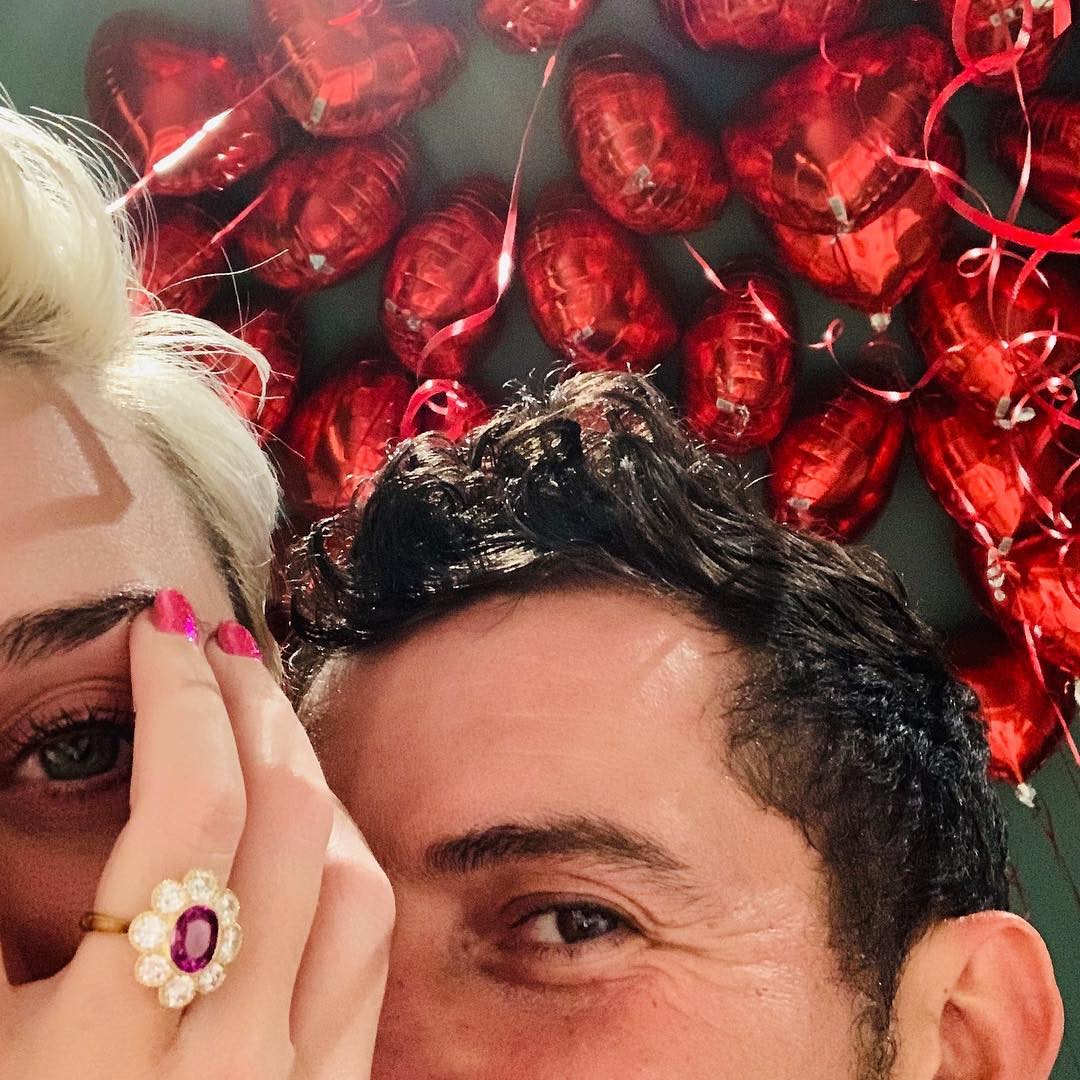 When Orlando Bloom proposed to Katy Perry on Valentine’s Day in 2019, he gave her a flower-shaped cluster ring featuring a dark pink oval-cut diamond surrounded by eight white round-cut diamonds, complete with a gold band. 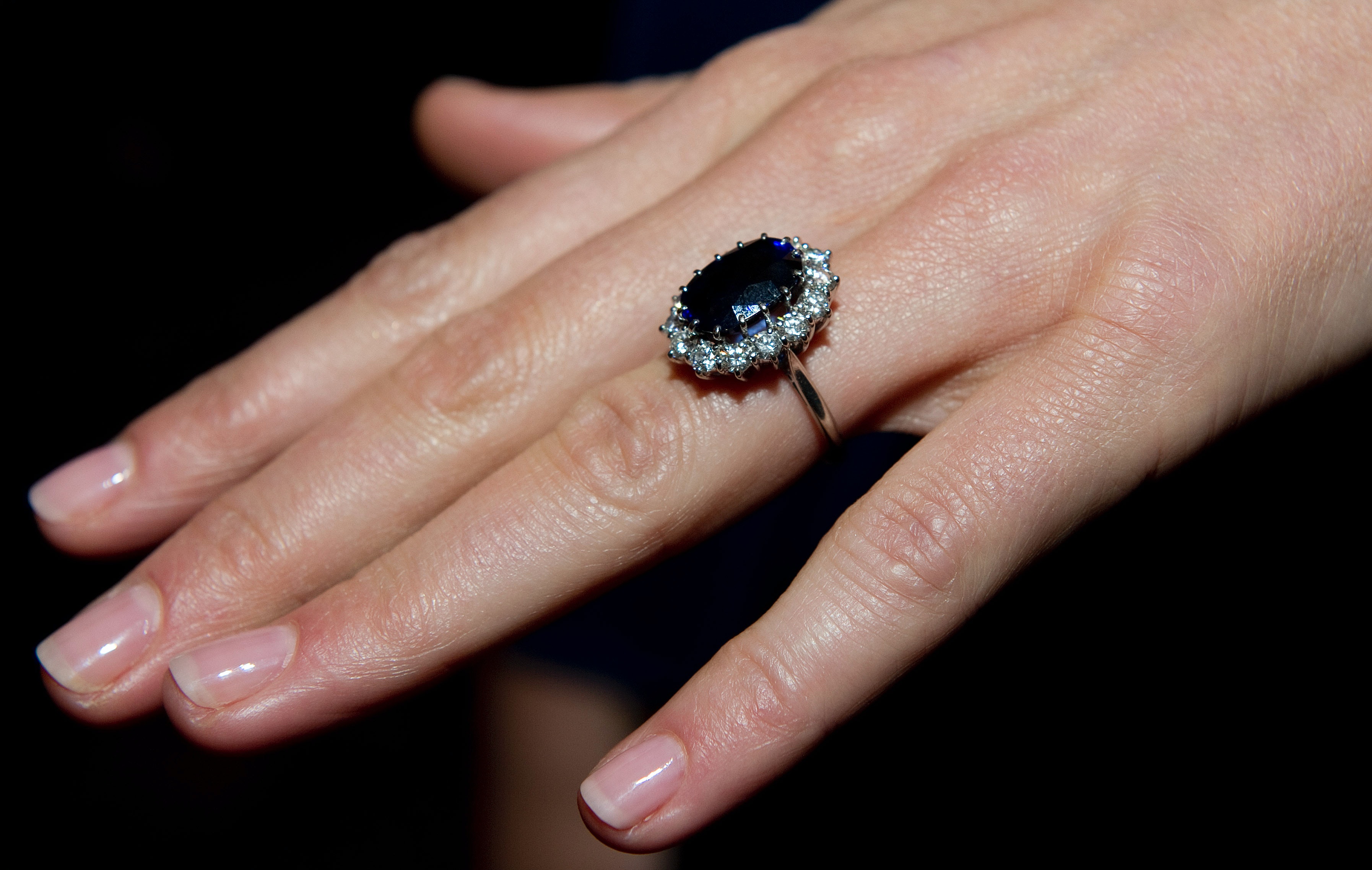 Kate Middleton’s engagement ring from Prince William (which was given to her in October 2010) is a 12-carat oval Ceylon sapphire surrounded by 14 solitaire diamonds and set in gold, created by British jeweler Garrard. The best part: The ring previously belonged to Princess Diana. 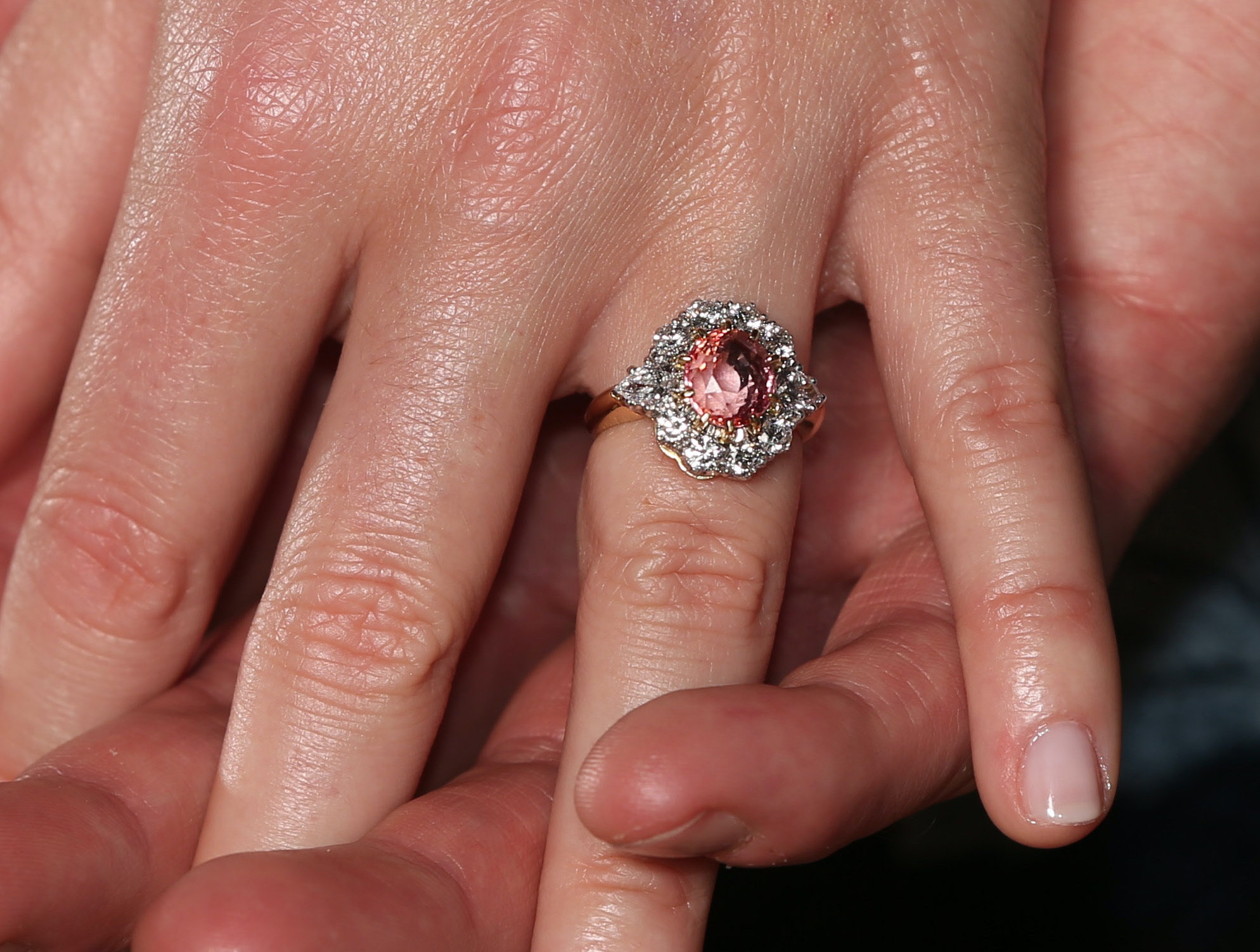 After Jack Brooksbank proposed to Princess Eugenie in October 2018, she got to show off her oval-cut, coral-colored padparadscha sapphire, which is surrounded by diamonds and set on a gold band. 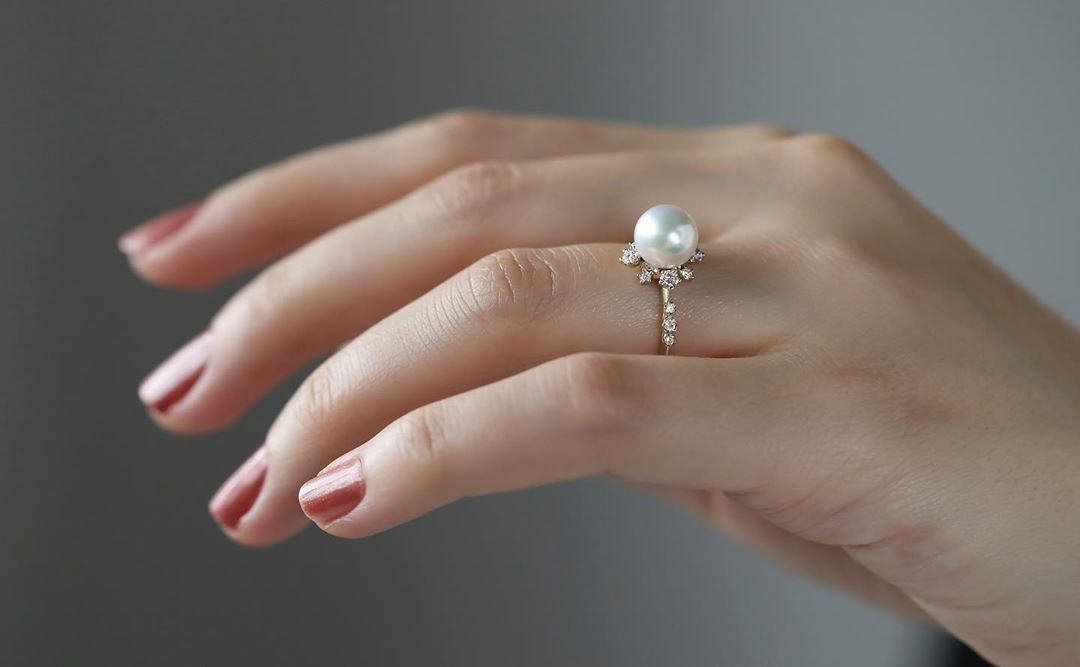 The worlds oldest and most treasured gem, the luminescent pearl is paid homage to in this striking Snowflake setting. A wearable work of art, worthy of any collection. #wearableart #kataoka_jewelry

When Emma Stone announced her engagement to Dave McCary in December 2019, she also debuted her ring, which was created by Tokyo-based designer Kataoka and features a center pearl surrounded by several smaller diamonds on a gold band. 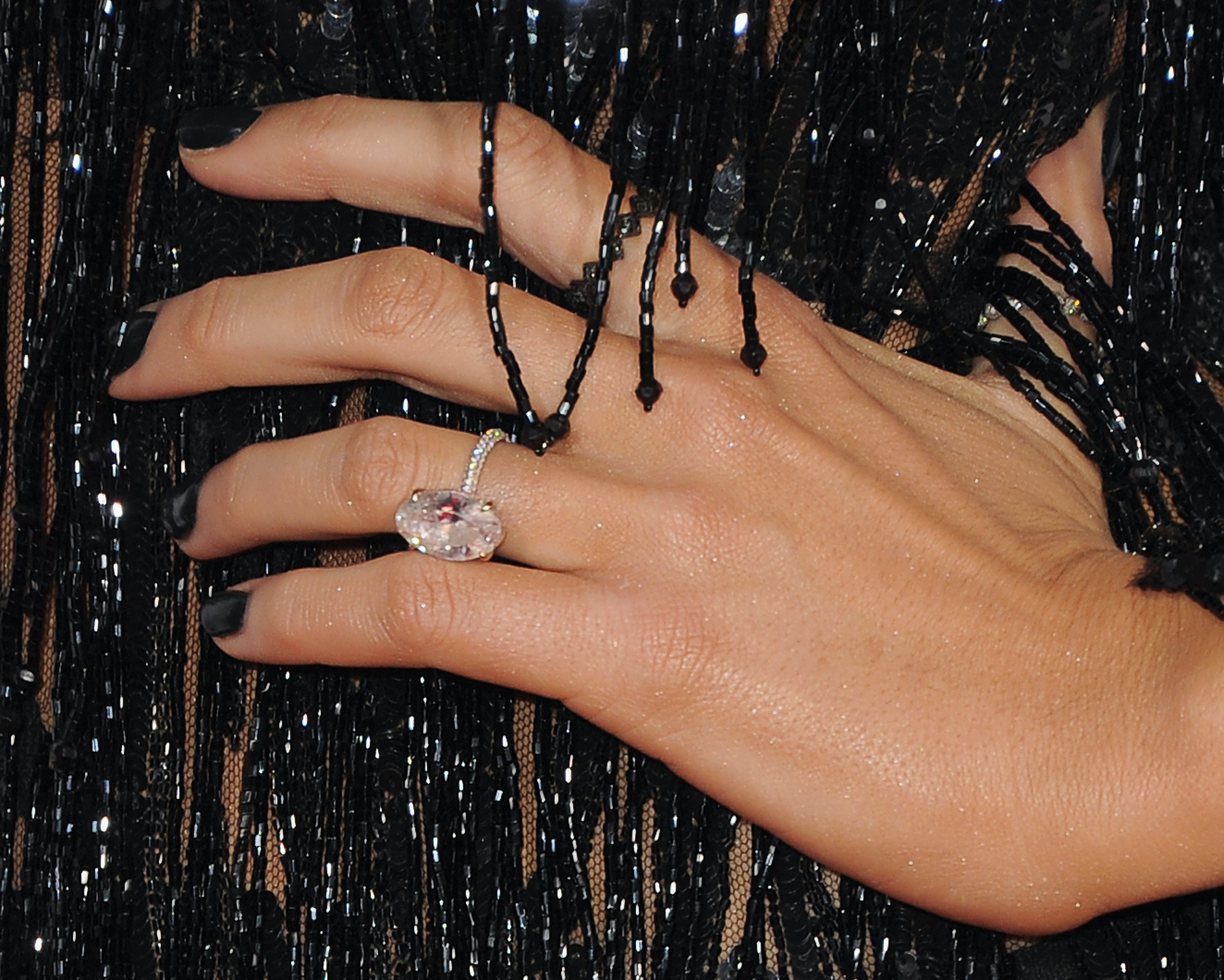 In 2012, Ryan Reynolds proposed to Blake Lively with a 12-carat pink oval-cut diamond complete a rose-gold pavé setting, which was designed by Lively’s friend Lorraine Schwartz. 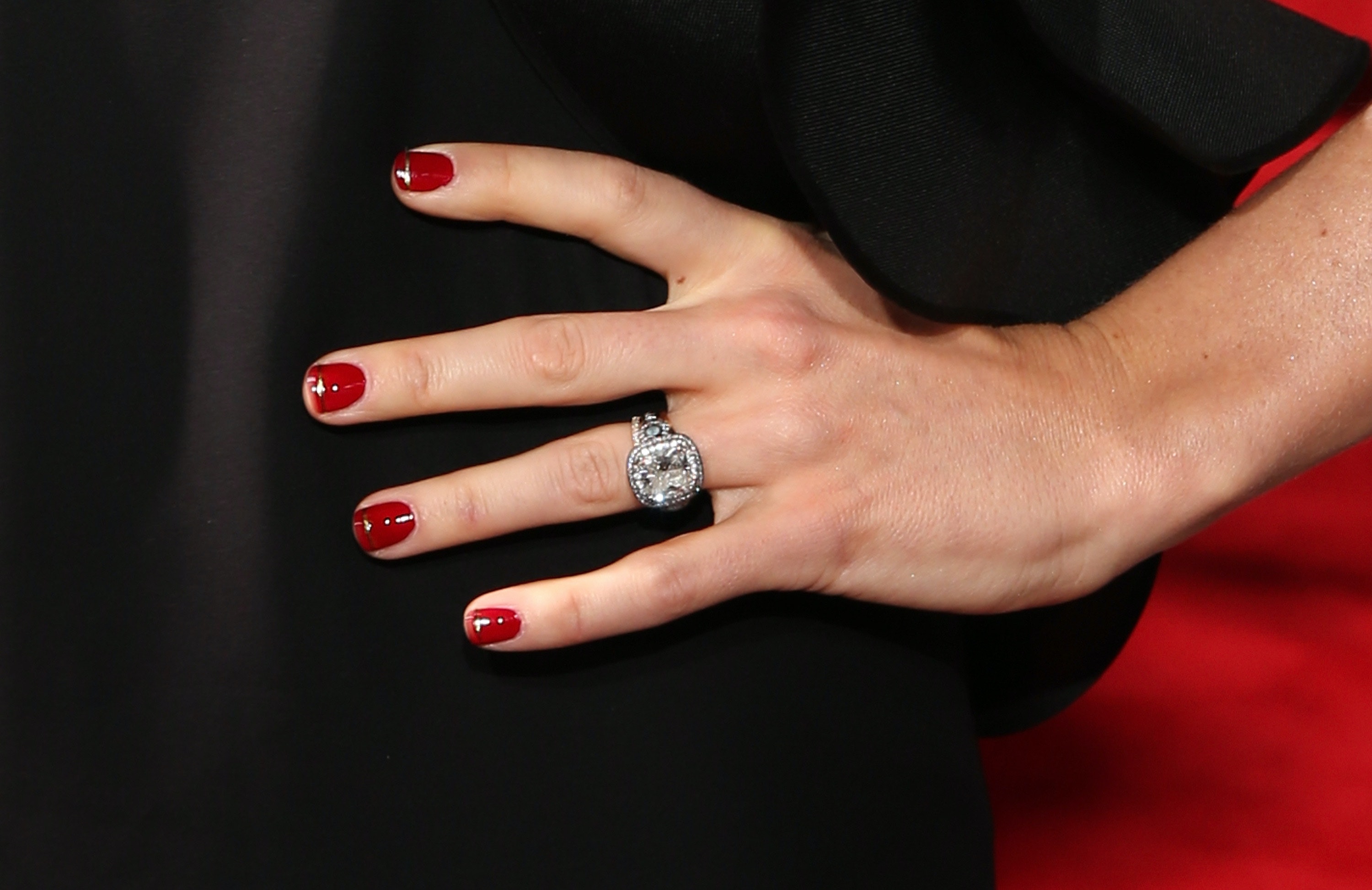 Jessica Biel’s engagement ring from Justin Timberlake (which was given to her in December 2011) was created by Las Vegas-based jeweler Leor Yerushalmi and features a 6-carat center diamond surrounded by a halo of smaller diamonds and set on an ornate gallery. The ring also features a single round aquamarine stone on either side of the gallery. 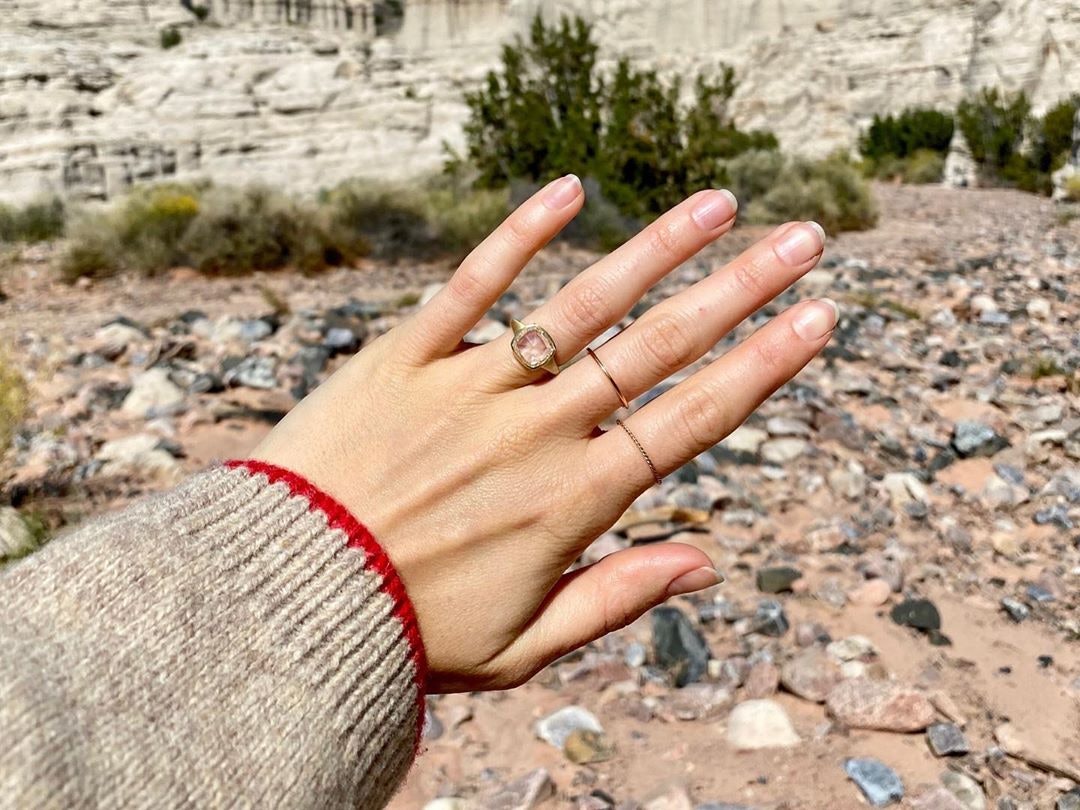 After Lily Collins and Charlie McDowell got engaged in September 2020, she took to IG to show off her rose-cut diamond ring designed by Irene Neuwirth, complete with a bezel setting and thin gold band. 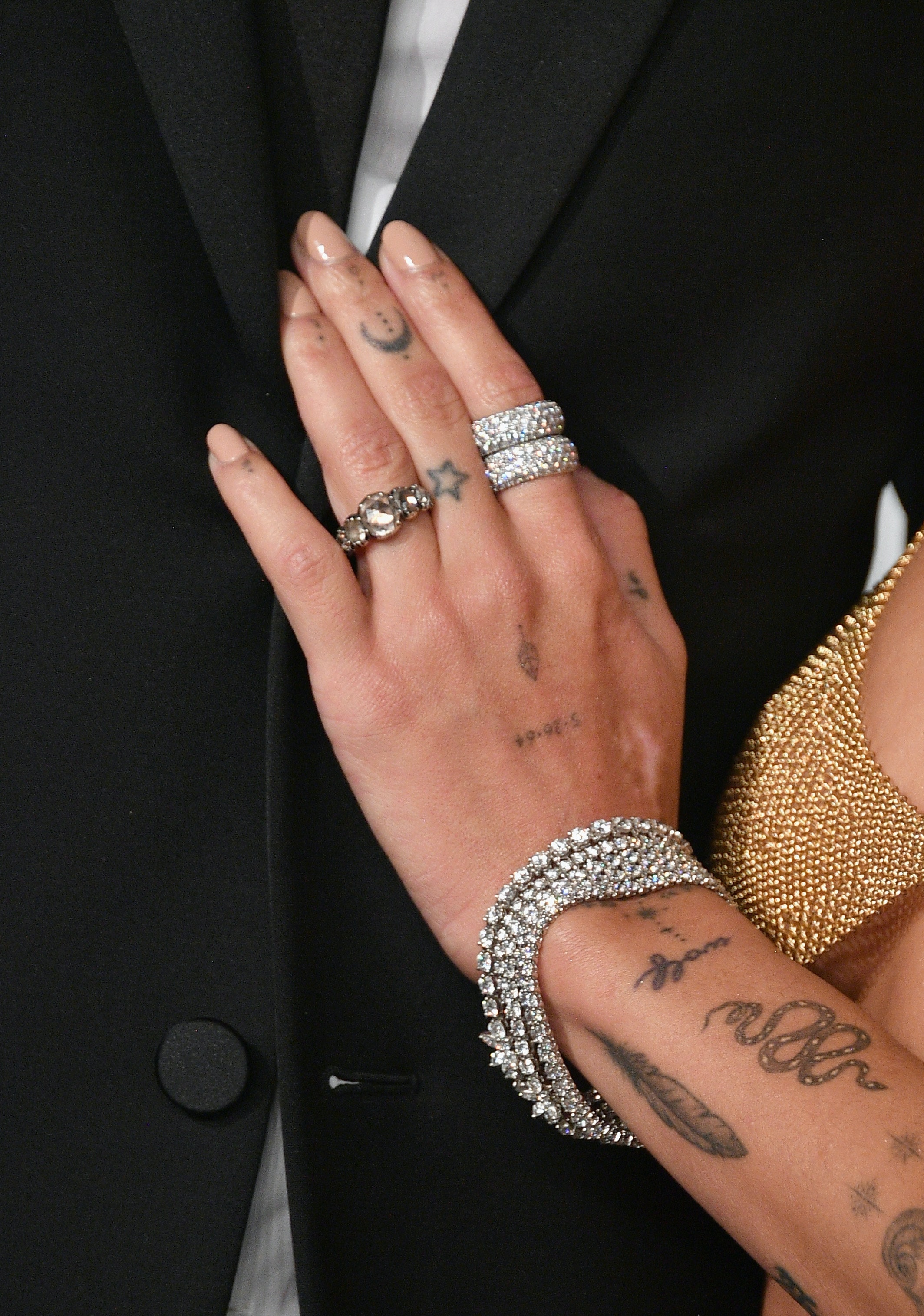 Zoë Kravitz’s engagement ring from Karl Glusman (which was given to her in February 2018) is from an antique dealer called The One I Love and features rose-cut diamonds set in an 18th-century Georgian silver-topped gold band. 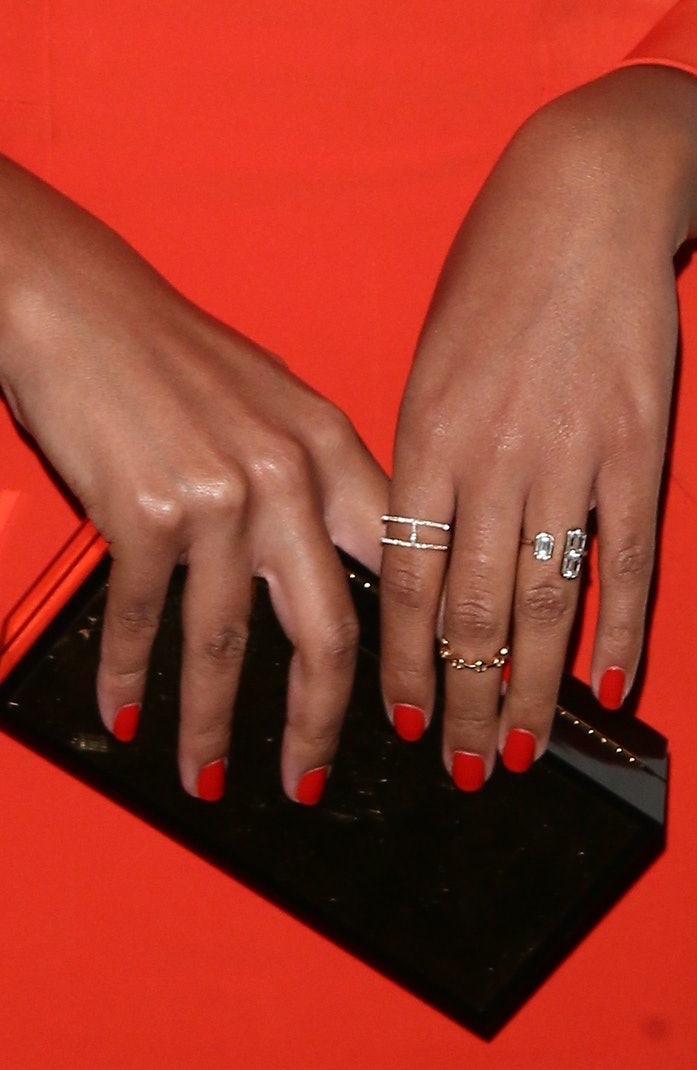 Designed by Lorraine Schwartz — who also designed Blake Lively’s engagement ring — Solange Knowles’ engagement ring (which was given to her by her now-ex husband Alan Ferguson in November 2014) was a minimal, art deco-inspired piece that featured two white diamonds floating in the center on a thin gold band. 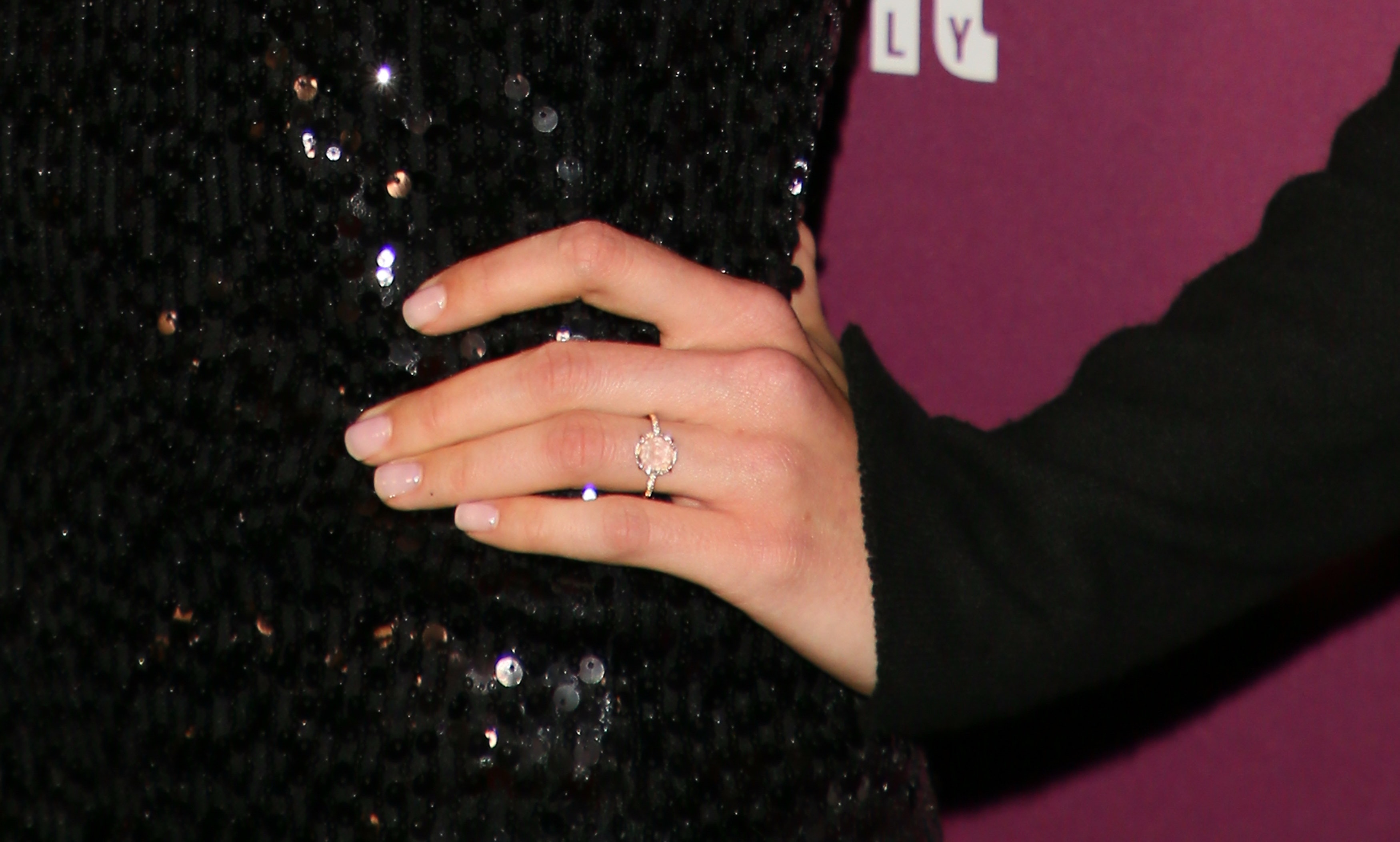 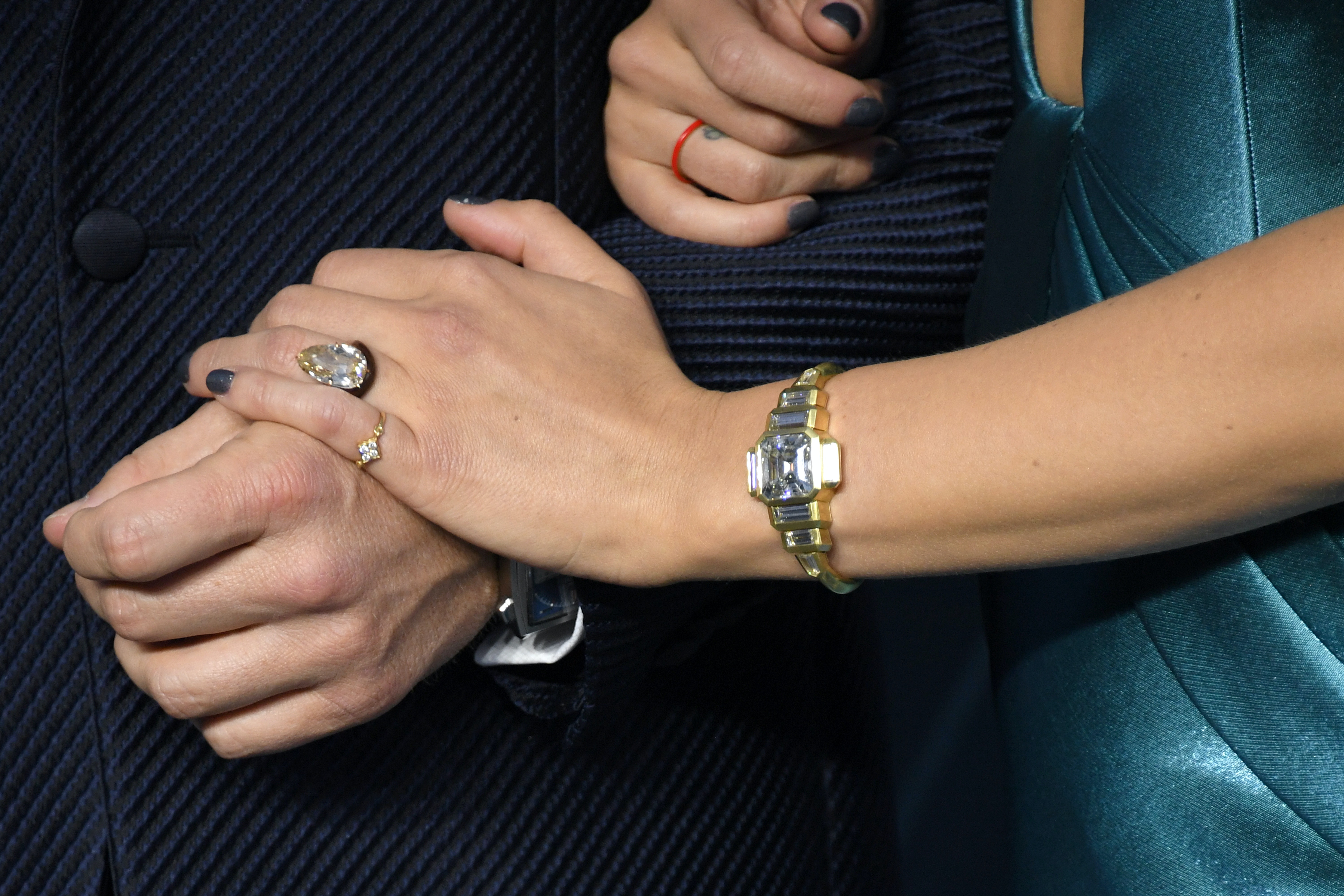 After Scarlett Johansson and Colin Jost got engaged in May 2019, she debuted her 11-carat light-brown elongated oval diamond, which sits on a black ceramic band and was designed by James de Givenchy of Taffin. 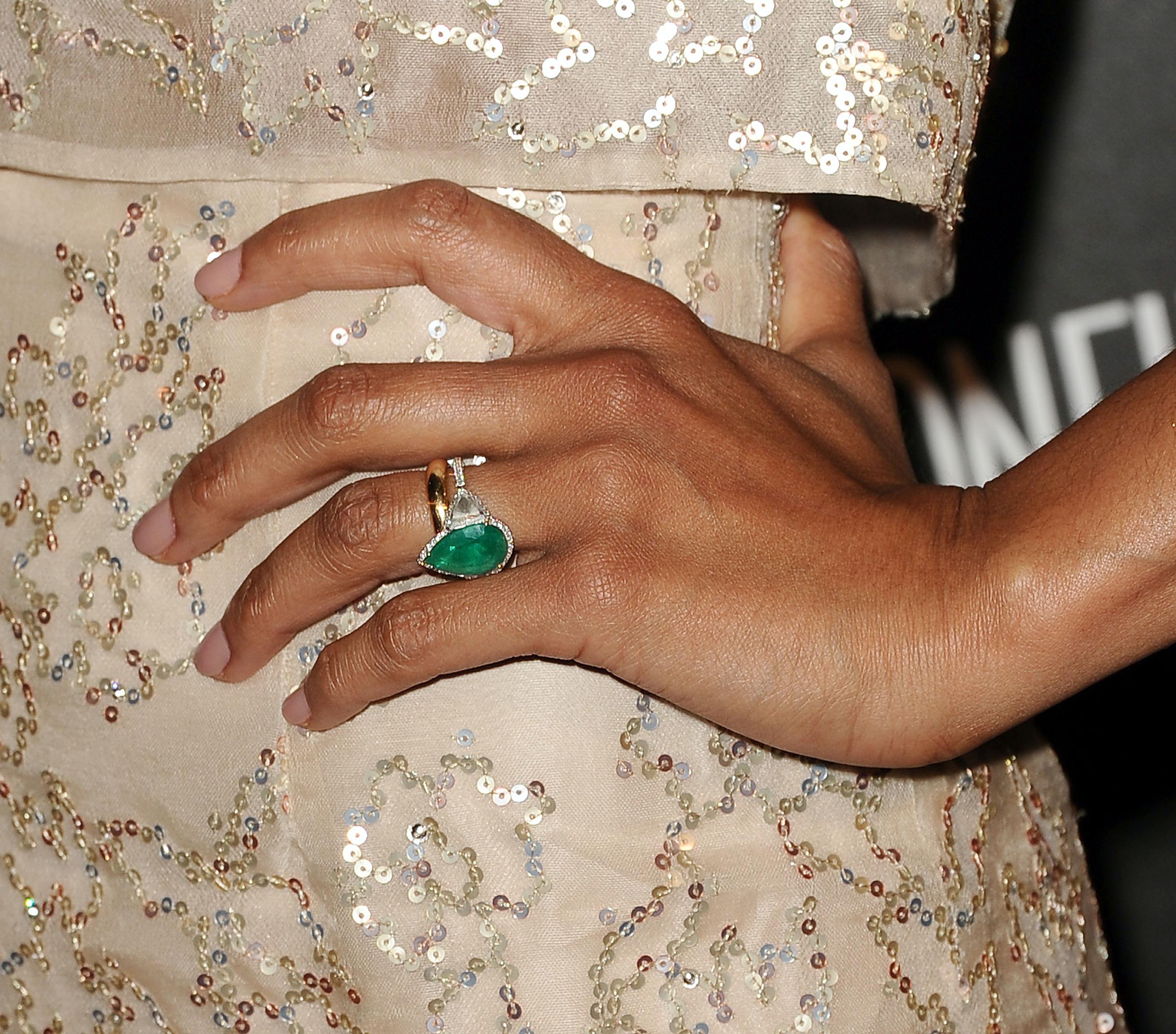 Zoe Saldana’s engagement ring from Marco Perego-Saldana (which she debuted in 2013) features a pear-shaped emerald set in yellow gold with trillion-cut diamond side stones and a pavé setting. 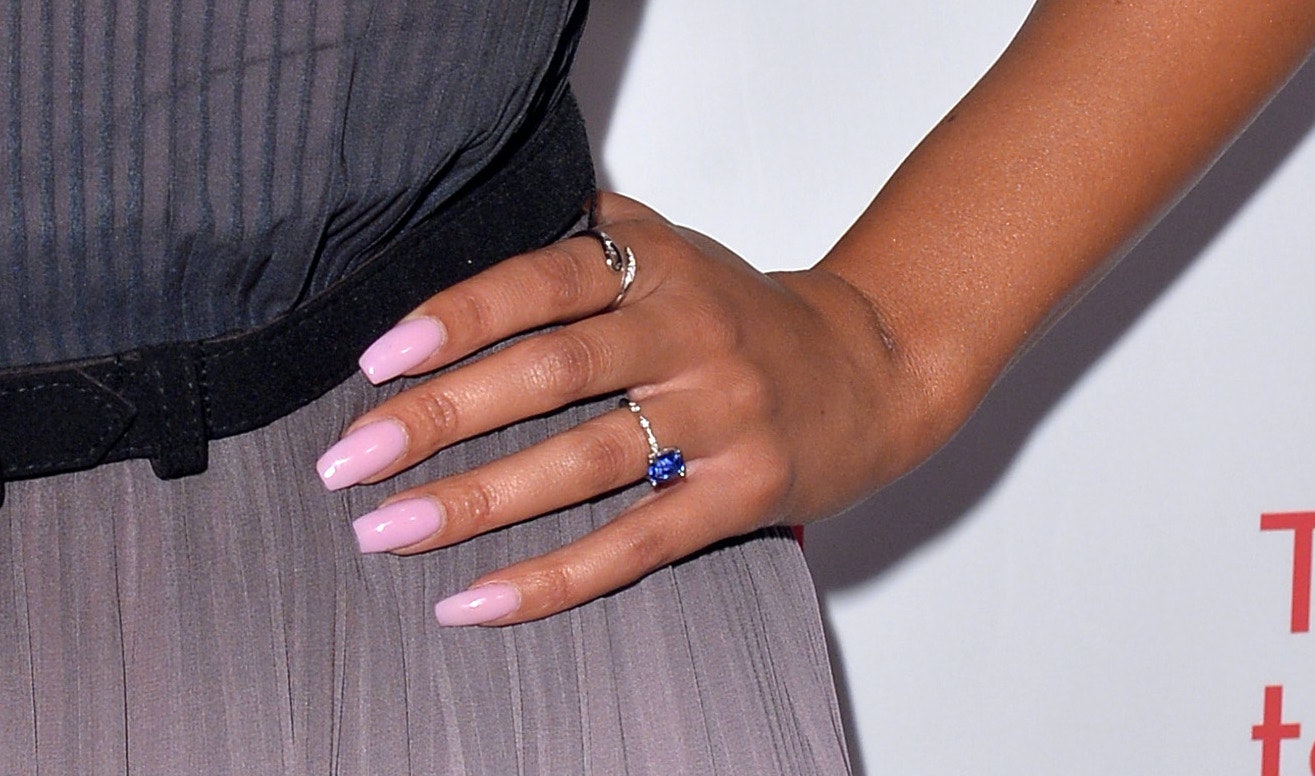 When Susan Kelechi Watson got engaged to Jaime Lincoln Smith in September 2019, she was given an oval-cut sapphire ring set on a diamond-accented gold band. 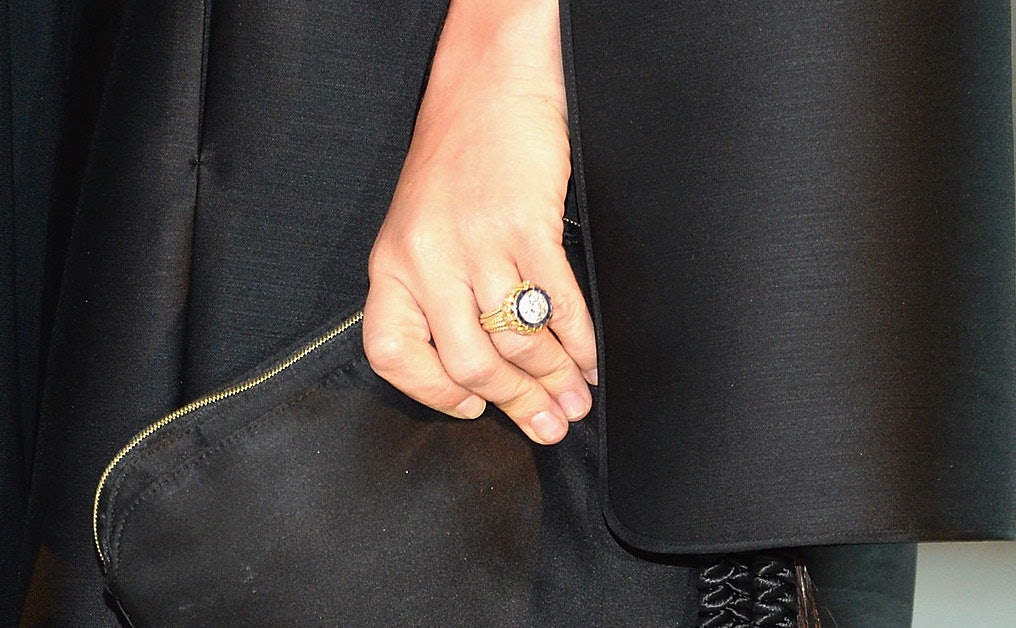 In February 2014, Mary-Kate Olsen got engaged to Olivier Sarkozy, and her now-ex popped the question with a 1953 Cartier ring purchased at a Sotheby’s jewelry auction, which featured a center European-cut diamond surrounded by 16 sapphires and single-cut white diamonds alternating with gold petals. 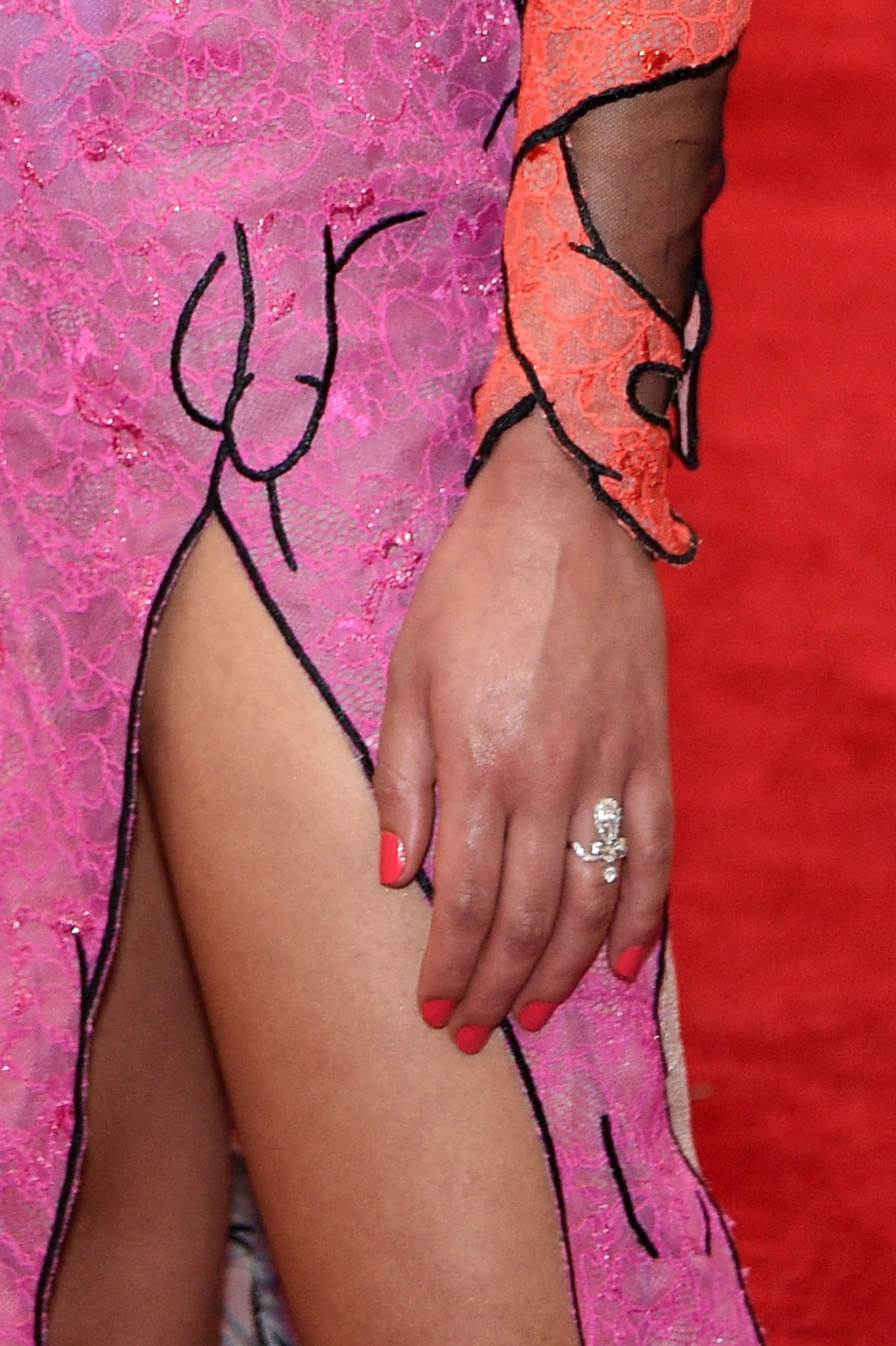 FKA twigs’s engagement ring from Robert Pattinson (which she debuted in May 2015) featured a silver Victorian-style tiara setting with a pear-shaped diamond, though sadly, the two have since called off their engagement. 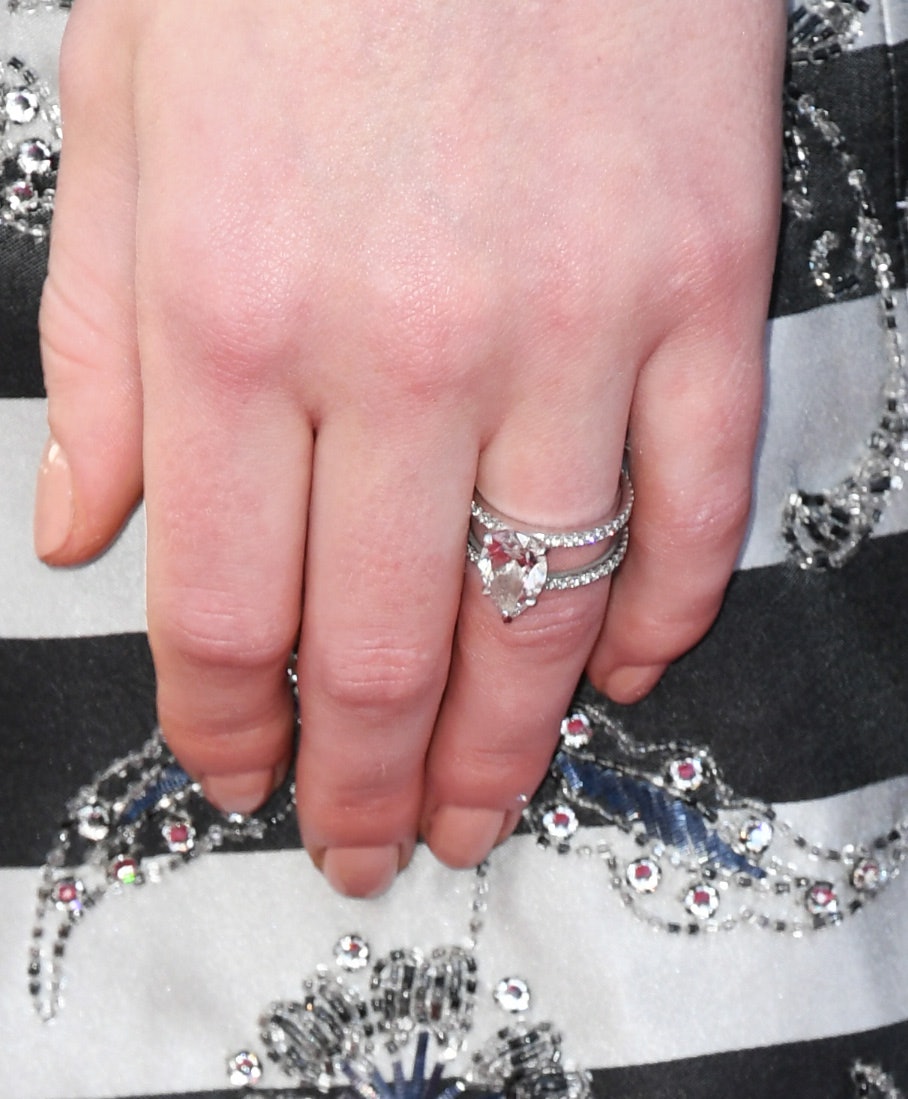 Soon after Joe Jonas proposed to Sophie Turner in October 2017, she debuted her engagement ring, which features a pear-cut diamond set between two slender bands studded with pavé stones. 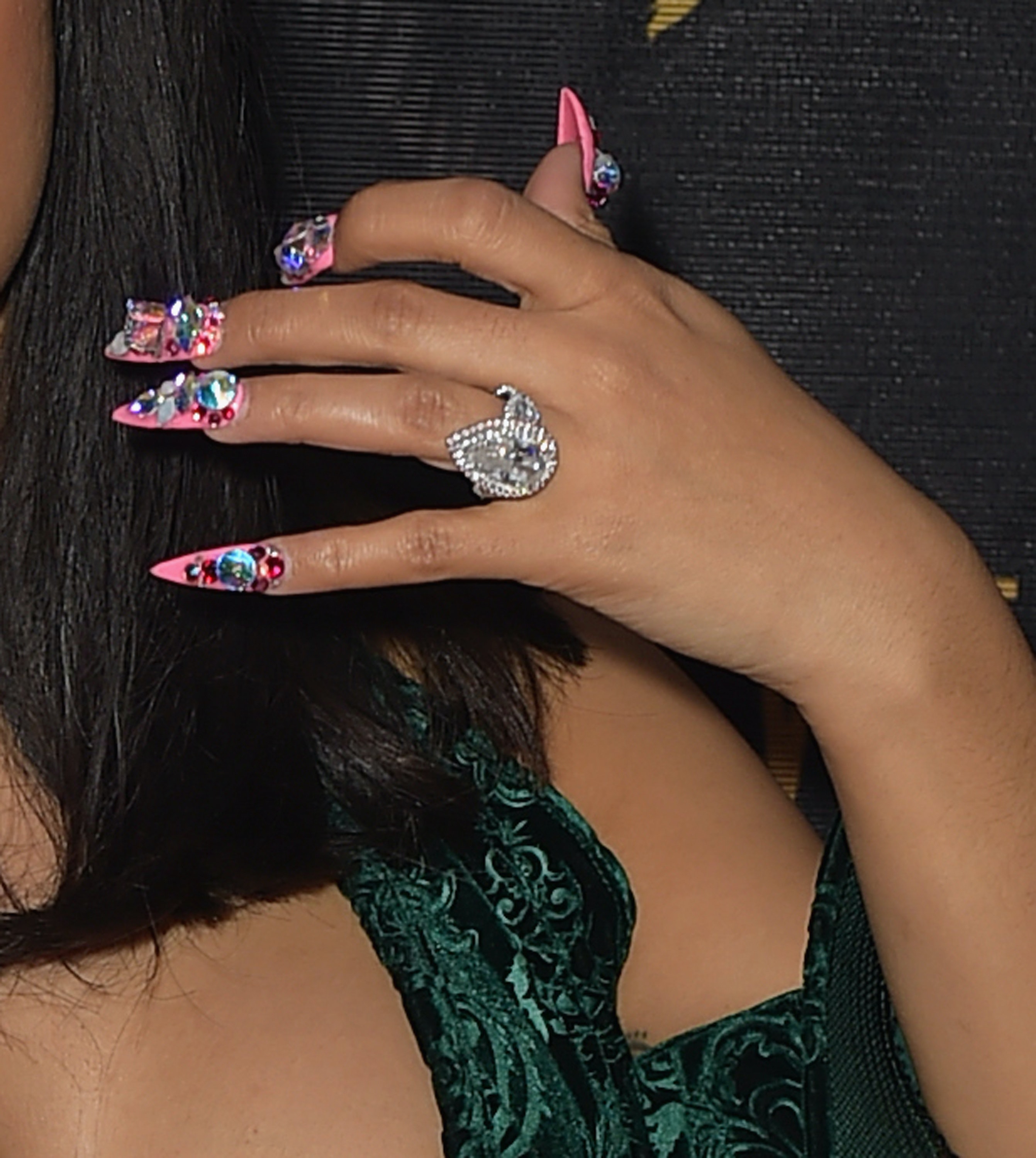 Cardi B’s engagement ring from Offset (which he gave to her in October 2017, after the couple had already secretly married) is an 8-carat pear-shaped diamond with two diamond halos— one made of white diamonds and one made of pink diamonds — and more diamonds on the band.

Hats off to the celebrity fiancés who picked out these stunners.