Authorities in North Carolina are searching for two children who were in a car that was swept away by floodwaters early Tuesday. A woman called 911 around 1 a.m. and reported that her car was swept off a road and into a creek near Smithfield with her and her children inside, CBS affiliate WNCN reported.

Four rescue boats overturned during the efforts and crews also had to be saved, Blanton said.

Searches were ongoing for the two young children. 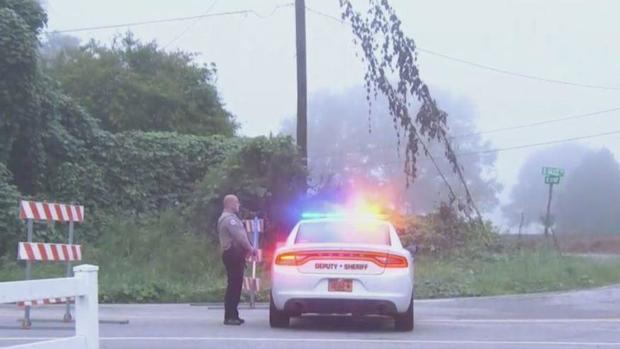 Multiple roads in Johnston County are either flooded or washed out after torrential rains hit the area, WNCN reported. About 8 inches of rain was estimated to have fallen in parts of the county and a portion of Interstate 95 was closed just before midnight, the station reported.