Three men have been arrested in a double killing in Louisiana that authorities say was intended to silence a rape survivor from offering incriminating testimony in court.

Beaux Cormier, 35, Dalvin Wilson, 22, and Andrew Eskine, 25, were arrested Friday on charges of first-degree murder for the Jan. 13 shooting, authorities said Monday. One of the victims was Cormier’s sister, though she wasn’t the killers’ intended target.

Cormier, a registered sex offender, hired Wilson and Eskine to kill a different family member who was set to testify against him on a rape charge, authorities said, in order to prevent her from speaking in court.

Wilson and Eskine originally attempted the killing in November but failed, authorities say ― so on Jan. 13, they tried again.

Neither woman was the intended target, Soignet said. Rather, Brittany Cormier is believed to have sacrificed herself ― falsely claiming to be the person whom her brother is accused of wanting dead.

Brittany Cormier “accepted her fate to save the life of the victim,” Soignet said.

News reports have said Eskine and Wilson were both present for the shooting. However, Soignet said Eskine was out of town for work when the shooting happened, but that he helped plot the killing and provided Wilson with his vehicle to use. 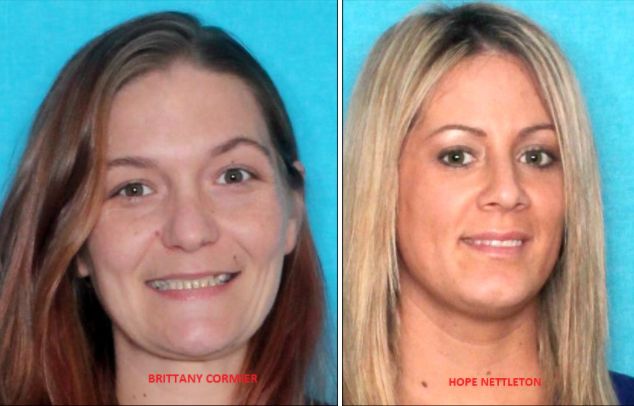 Nettleton lived nearby and was visiting Brittany Cormier at the time of the attack. She was also shot following a struggle, Soignet said.

A witness outside the home was able to provide authorities with a description of the suspects’ vehicle. Surveillance footage then helped authorities locate the vehicle, leading to the men’s arrest, Soignet said.

According to an online obituary for Brittany Cormier, her brother served as a pallbearer at her funeral on Jan. 21.

Terrebonne Parish District Attorney Joe Waitz Jr., speaking at Monday’s press conference, said both Eskine and Wilson have confessed to their involvement in the killings and that additional charges may be coming.

Police reportedly confirmed that the alleged rape survivor who was the actual target of the Jan. 13 shooting is still alive.

It was not immediately clear if the suspects have attorneys. Waitz said he plans to meet with the families of the deceased women to discuss the possibility of pursuing the death penalty, saying “it is absolutely on the table.”

All three men have had their bond set at $2 million, though Waitz said he is considering asking that the amount be raised.

“These are very dangerous people, and I do not want them on the streets,” he said.