Getting honest. Aaron Rodgers revealed that a discussion with the Green Bay Packers organization gradually turned into him questioning his career.

“I felt like if you can’t commit to me past 2021 and I’m not part of your recruiting process in free agency, if I’m not a part of the future, then instead of letting me be a lame-duck quarterback — if you want to make a change and move forward — then go ahead and do it,” Rodgers, 37, said in a press conference on Wednesday, July 28, after the team’s first training camp practice. 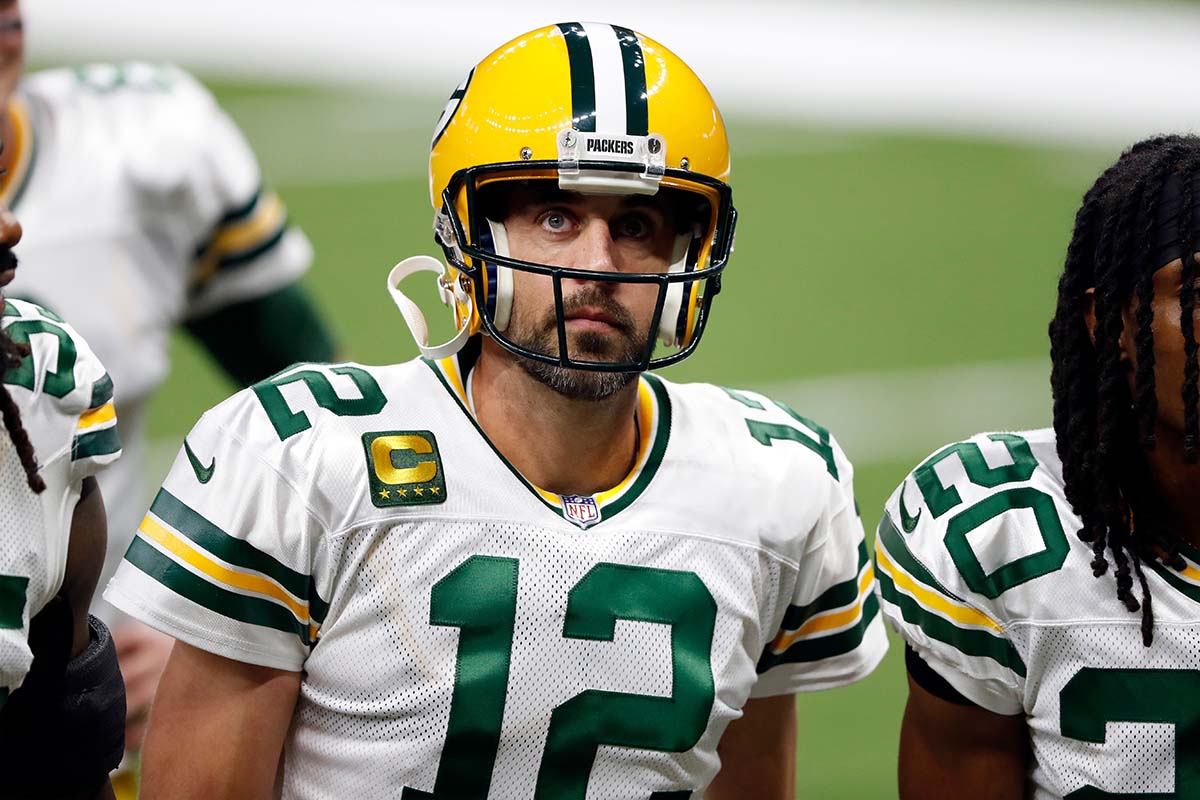 The football player, who has been with the team since 2005, explained how a “desire to be more involved in conversations” slowly became him being unsure if he would even remain with the team.

The conversation didn’t seem to go anywhere and slowly things shifted for Rodgers.

“I think what basically happened is they said, ‘We’ll give you some money now,’” he noted. “Let’s see if we can throw some money at you. I said from the start it wasn’t about the money. Obviously, I didn’t show up for the offseason program or minicamp. To me, it was bigger than this. It was about trying to be a resource for the organization that I care about and love so much.

In May, Rodgers explained during an appearance on SportsCenter that the rumored tension between him and his team had nothing to do with his fellow team members.

“[I] love the coaching staff, love my teammates, love the fan base in Green Bay. An incredible 16 years,” he said at the time. “It’s just kind of about a philosophy and maybe forgetting that it is about the people that make the thing go. It’s about character, it’s about culture, it’s about doing things the right way.”

Rodgers clarified in Wednesday’s press conference that he is “not a victim” in this situation but that he was still unhappy with how everything unfolded.

“I made a ton of money here, and I’ve been really fortunate to play a long time and to play here. At the same time, I’m still competitive and I still feel like I can play, I proved it last year,” the California native, who was named the league’s MVP in February, shared. “I just want to be involved in conversations that affect my ability to do my job.”

While Rodgers said he is not sure if his concerns were heard, he did mention that steps were taken to work the issue out after he took the last few months to focus on what he wanted.

“But I was really working on myself and my own mental state throughout the summer and at various points decided if I wanted to even keep playing, but the fire still burns and I wanted to be on the football team. We’ve got some things figured out in the last few days,” he added.

Woodley, who confirmed that she was engaged to Rodgers in February, recently retweeted a video addressing the people that were upset with him.

“It’s not just about the money, and it certainly isn’t about football. … This is about the way that the Green Bay Packers have treated their star player,” ESPN commentator Stephen A. Smith said in the clip earlier this month. “They have disregarded him, they have dismissed him, they have minimized him, they’ve disrespected him. And he said, ‘Bump, y’all, enough’s enough.’”

The Big Little Lies alum previously said that she was only interested in football because of Rodgers.

“I guess I haven’t felt any pressure to [learn football], but it’s exciting,” Woodley said during an episode of Late Night With Seth Meyer earlier this month. “The Packers games are the only ones I find really interesting because I have people to actually root for.”