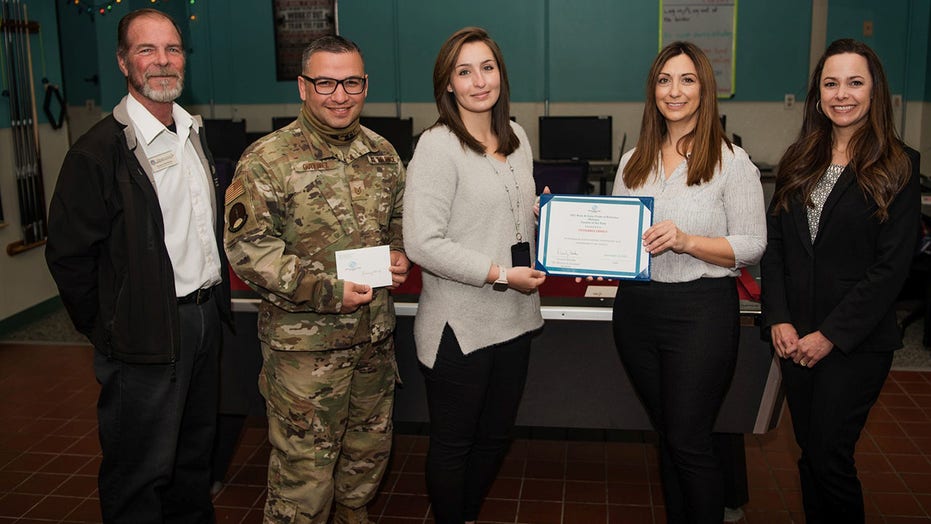 Almost as soon as TSgt Salvador Gutierrez and his wife Eden Gutierrez moved to Enid, Oklahoma, with their family in late 2019, they applied to be foster parents.

The couple even had their first interview to become foster parents before all their belongings had arrived at Vance Air Force Base from Italy, where Gutierrez, 39, a Technical Sergeant with the U.S. Air Force, had been stationed.

“We got orders to Oklahoma, and as soon as we landed, we basically researched [fostering] and put in for it and the process started right then and there,” Gutierrez told Fox News.

“We actually had our first interview to start the process in our home, when it was empty before our household goods had even arrived from overseas,” Eden, 29, added. “So we all sat down on our living room floor and had our interview.”

Gutierrez said he and his wife – who have three biological children who are 13 years old, 6 years old and 3 years old – have wanted to be foster parents since they were married.

Eden said: “A lot of kids experience a lot of ugly in their lives and we wanted to be the people that transitioned them into a new life and to see the positive and good in life.”

The couple was approved to be foster parents in Dec. 2019 and they took in their first teenager in February 2020 and their second teen in March 2020.

This year, the Gutierrez family fostered another five teenagers at different times throughout the year. 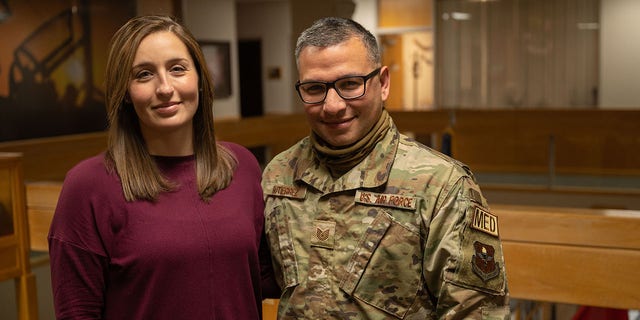 TSgt Salvador Gutierrez and his wife Eden Gutierrez have fostered 7 teens over the course of the last 2 years. (SrA Cameron Schultz/Courtesy of the U.S. Air Force)

Though Gutierrez, who works in public health on Vance Air Force Base, said it’s been “a little bit difficult” fostering teens throughout the coronavirus pandemic, he also said it has also been rewarding to see the teenagers transform during their time with his family.

Eden said that some of the resources they have on the base – including a teen center where teenagers can go after school – have even made it easier for the family to care for their foster teens.

“It gives them a place to go, get out of the house, but also it’s a safe location for them,” Eden said.

The Gutierrez family has been approved to foster two teenage girls at any given time, Gutierrez said. He added that the teens they’ve fostered already have stayed for as long as nine months and for as little time as three days, with the ultimate goal of reunification with the teen’s family. 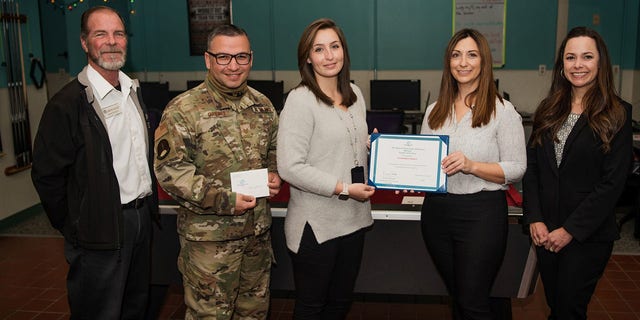 The couple was awarded as the Boys and Girls Clubs of America military family of the year for their work as foster parents. (Lenny Juliano/Courtesy of the U.S. Air Force)

“It just depends on the factors involved with their case and what they need to succeed in their life and progress and learn and grow,” Eden said.

“At the end of it, it’s joining them back with their parents,” Gutierrez added.