Alastair Campbell’s comedian daughter has revealed she felt a responsibility to ‘cheer up’ her father when he was depressed – and recalled one breakdown which left him ‘looking like he wanted to die’.

Grace, 26, described to The Times her father’s lowest moment, when he left Downing Street after being the press secretary for Tony Blair from 1997 to 2000, and simply sat ‘on the sofa with his eyes glazed or unable to get out of bed’.

The comedian, whose father kept his mental health issues hidden from his children for many years, explained: ‘I felt a lot of responsibility for cheering him up.

‘Even now if he’s down I’ll text him five times a day and try to make him feel better.’ 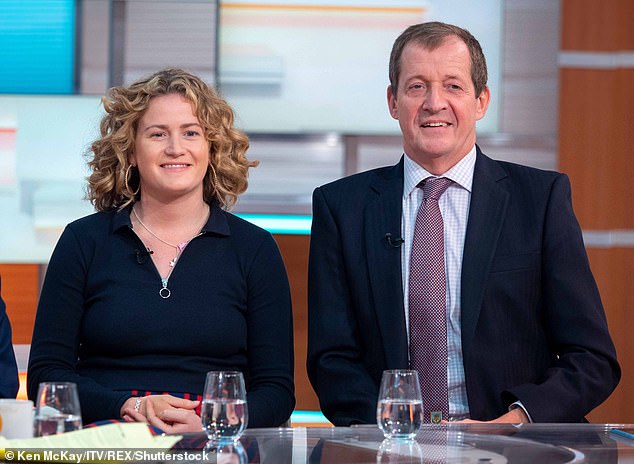 Grace Campbell spoke openly about feeling a responsibility to make her father Alastair Campbell feel better when he entered depressive stages in his life. She described one instance in which he ‘looked like he wanted to die’. The father and daughter pictured on Good Morning Britain in 2018 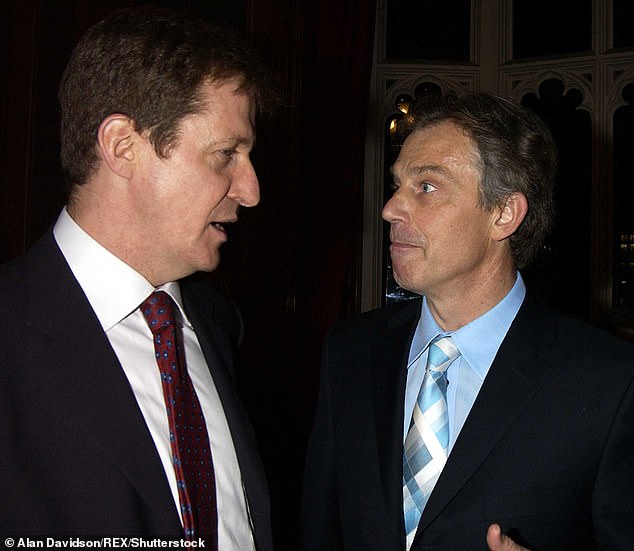 Yorkshire-born Alastair Campbell, who was also Tony Blair’s spokesman and campaign director between 1994 and 1997, went on to admit that when he was feeling depressed, his children were the only ones who were able to help lift his mood.

Acknowledging it was a difficult environment for them to grow up in, he added: ‘If I went to play football with the boys or was able to take Grace to a film, I would feel better.’

Anything else, like dealing with Tony Blair calling or Fiona [his wife] asking me to help in the house, and my energy would go down and I’d feel low-level depressed.’

The father of three, who also has sons Rory and Calum, still grapples with his mental health and experienced a particularly low point at the end of the coronavirus lockdown. 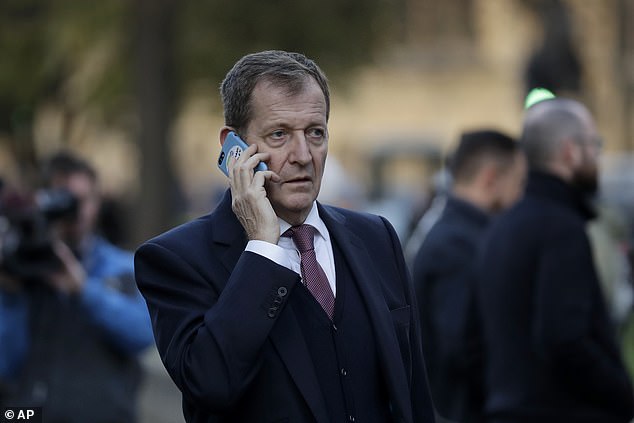 The father of one told The Times that his three children, Grace and older brothers Rory and Calum, were often the only people that were able to lift his mood when he was extremely depressed. Pictured, Campbell outside the Houses of Parliament in 2018

He recalled how his daughter would sit with him and put her head on his shoulder without saying a word – because he knows she understands how he is feeling.

Grace revealed she too has suffered with mental issues and has spoken with her parents at length about it.

She recalled when she went to Paris for university and had a panic attack on the Metro and her dad immediately told her to come home.

Campbell has spoken openly about his own battles with mental health in his book, Living Better: How I Learned to Survive Depression, something Grace says she is really proud of him for doing – bringing the often unspoken topic between men to light.

Grace has often spoken openly about her experiences growing up during the New Labour era, and sometimes feeling less important than Tony Blair and like she had to compete for her father’s attention. 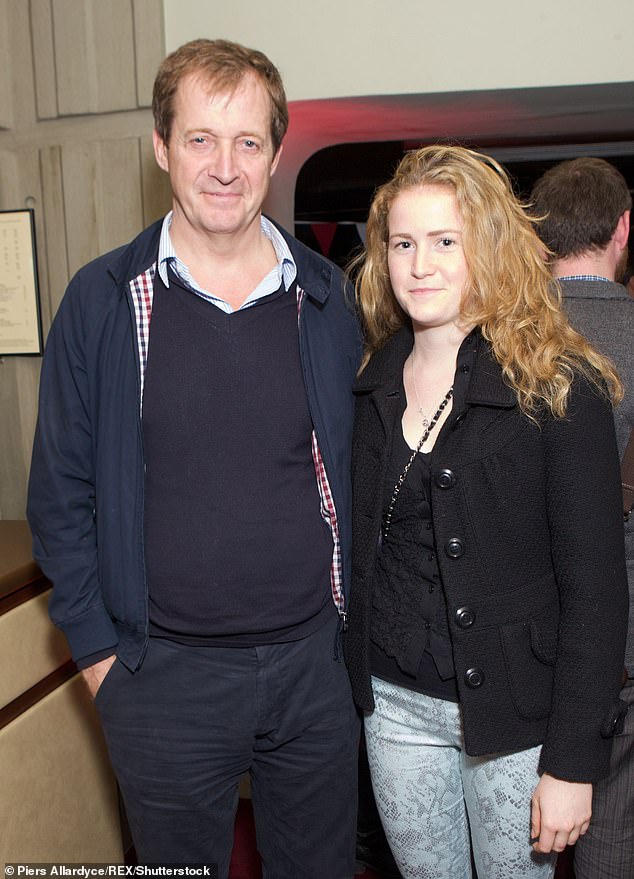 She spent much of her childhood at Number 10 and as a result spent a lot of time with the Blairs.

The comedian told how the former prime minister once called her up to apologise after she was jeered at during a stand-up gig for the Iraq War.

She told The Sunday Mirror’s Notebook magazine in February: ‘I got heckled about who I am by a drunk woman who shouted, “You’re a war criminal, you’ve got blood on your hands.”

Believing the comments were unfair – as she was only nine when Mr Blair’s government decided to invade Iraq – Grace went on: ‘I told my Dad about it, and he told Tony Blair, and Tony rang me and said, “Oh Gracie, Gracie, I am so sorry this happened to you, this really is all my fault.”

‘In my show I make the joke that I have an exclusive – I’m the first person to get Tony Blair to apologise for the Iraq War.’