My heart breaks for the wife Boris Johnson betrayed: AMANDA PLATELL says Marina Wheeler was steadfast in her support despite being tried to the limit 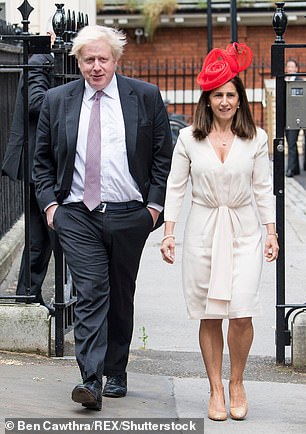 Maria Wheeler pictured above with Boris Johnson in 2018

For 25 years Marina Wheeler QC, one of the country’s most highly regarded human rights lawyers, stood by her husband Boris Johnson.

Quiet, meticulously elegant, forensically clever, she was steadfast in her support — even though she was tried to the limit.

She put up with his public affair with Petronella Wyatt, an employee of the magazine her husband then edited. And she managed to stomach his many other mistresses, including Helen Macintyre with whom he has a daughter.

She even boosted him politically at a crucial juncture, extolling in the Spectator magazine the merits of a hard Brexit just after Boris went behind Theresa May’s back as Foreign Secretary and published his own vision for EU withdrawal.

Marina, 55, put their family first, she was their glue. They raised four children together while she nursed and encouraged his one dream — of becoming Prime Minister.

How many times can she have thought that, if that dream were ever realised and he walked through the door of No 10, she would be proudly by his side, along with their children? 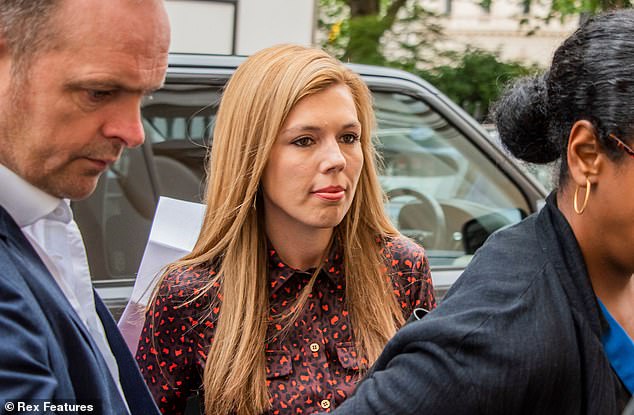 Instead, on Boris’s arm as he heads towards the winners’ enclosure, is his new girlfriend, 31-year-old Carrie Symonds. Whether it was Boris or Marina who called time on their marriage — and divorce is now pending — she must feel that sense of crushing betrayal that strikes at the heart of any 50-something whose husband trades her in for a younger model. 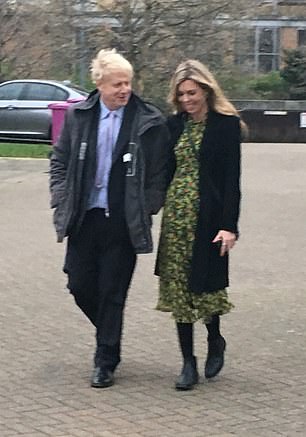 Boris is said to be devastated by the anger of Marina and their four children. Alongside that anger will be raw pain. For many abandoned wives, the pain can be contained in private. Late at night, after too many glasses of chablis, they may perhaps glance at the Facebook account of their husbands’ new squeezes, but at least it ends there.

Marina cannot escape now her husband looks certain to become PM. She will not be able to avoid images of Boris and the blonde who’s little more than half her age. How utterly desolating that must be.

If she becomes the first girlfriend to move into Downing Street when the PM is still married to another woman, Carrie will only command more media attention. And, for Marina, that will pour on even more agony.

I cast no judgment over Boris’s personal life nor his suitability for the highest office. All of us are flawed.

But my heart breaks for Marina and his kids.

My brush with acidic Brand

The furore over Jo Brand’s ‘joke’ about throwing battery acid at politicians and her defiant response — insisting she can’t be sacked — reminded me of an encounter with her. 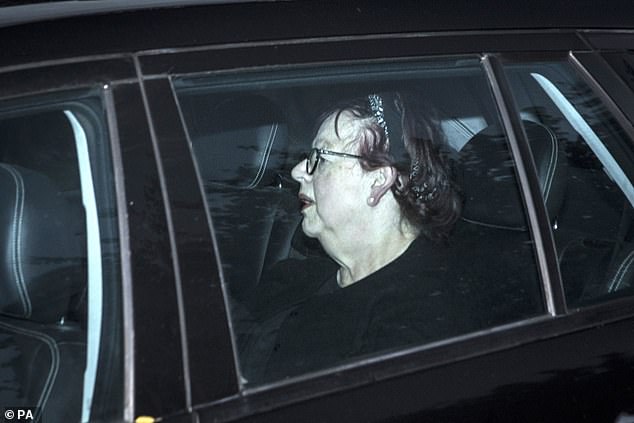 We’d done Question Time, after which she ranted about why she hated the print media.

She was deeply hurt that whenever they ran a story about her it was accompanied by a picture that made her look fat. As a gesture of sisterhood, I suggested she provide a more flattering picture of herself. Unsurprisingly, none has appeared.

Post Poldark, it appears to be obligatory for male actors in historical dramas to bare not just their souls, but their solar plexuses. Hence Tom Bateman, star of ITV’s Beecham House, goes topless. His honed torso is certainly enough to set women swooning. 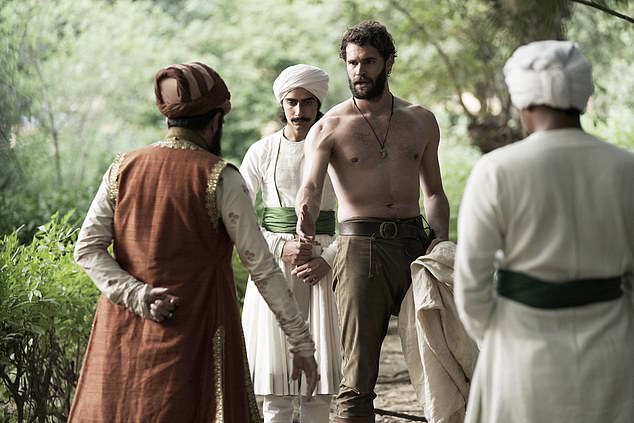 Unlike those boys on Love Island. With their pumped-up Popeye arms, they look like plastic Action Men on steroids.

GQ magazine has a special edition about dads and sons for Father’s Day. A bit sexist, lads, considering dads and daughters are just as important.

It’s a double whammy for me this weekend: today’s the first of Dad’s birthdays without him and tomorrow’s Father’s Day.

I’m planning to open a bottle tonight of his favourite Glenfiddich, which we shared so many times together.

Dads and daughters, I’ll drink to that.

TV’s Lorraine not so cuddly

We all think Lorraine Kelly is this lovely, cuddly GMTV presenter, but when she said she couldn’t even remember the then Tory leadership candidate Esther McVey, despite them working together in the past, it gave us a glimpse of the real Lorraine. 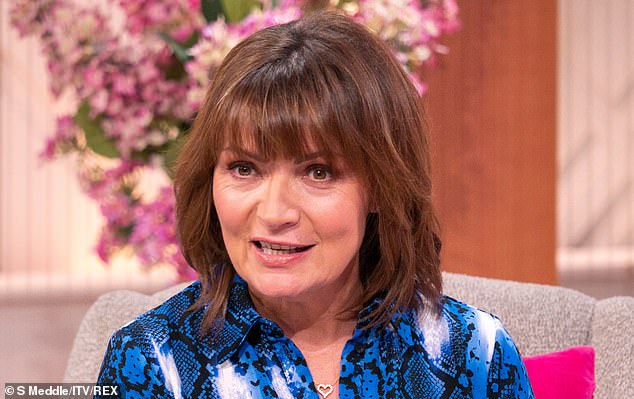 A tribal Scottish Labour supporter who let the mask slip, her contempt for Esther was as palpable as it was unedifying.

Torn off a strip

The Mexican cultural secretary demands that fashion house Carolina Herrera compensate the country’s indigenous communities after it ‘culturally misappropriated’ their signature striped shawls in its collection of stripy dresses .

Crikey, will the Mexicans be coming after our deckchairs next?

To V of not to V, Stacey

Having been condemned as a ‘white saviour’ after highlighting poverty in Africa, Stacey Dooley posts a picture of herself and a woman in a hijab putting two fingers up. 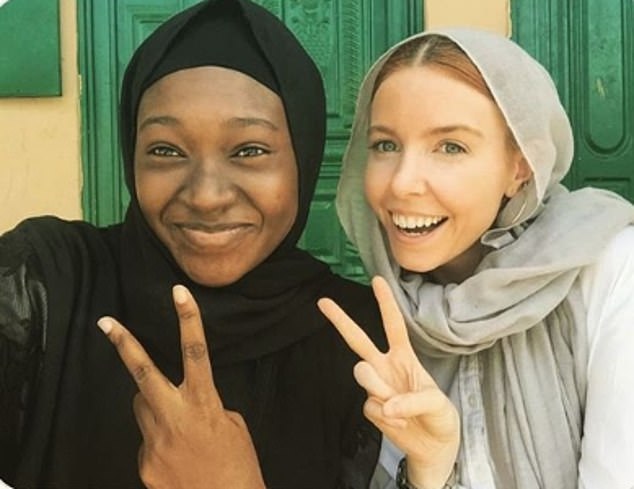 Stacey offers the Churchill two-fingered, which means victory, while the other woman presents her V-sign with her hand turned the other way round. Telling us, perhaps, what Stacey really thinks of her critics.

The award-winning drama Big Little Lies, starring Reese Witherspoon, Nicole Kidman and now Meryl Streep, returns to TV. It is being heralded as inspired by women, written and acted by them — the ultimate post-modern feminist doctrine. So why are the women all so rich, horrible and screwed up? It’s enough to make any sensible man-friendly feminist give up the ghost.

One of the most shocking images in recent days was Melanie Geymonat and her partner Chris, covered in blood after yobs attacked them. Their crime? They’re two gay women taunted by Neanderthal men trying to make them kiss. I hope the boors are prosecuted. I really did think we had left all that gay-bashing behind us.

Much admiration for Ben Fogle, who has donated the entire fee for his BBC1 Animal Park series to subsidise free TV licences for the elderly after the BBC said it was scrapping them for many over the age of 75. We’re still waiting to hear from Gary Lineker how much of his £1.75 million BBC salary he’ll donate.

Harry was frosty at Trooping the Colour, ordering his wife to turn to face the salute. Poor Megs, she’s a newcomer, radiant with her lovely, post-baby glow. Yet six weeks after Archie was born, we’ve still only seen one eye, a bit of his forehead and his tiny toes. As we are paying millions for his parents’ protection, surely one little pic isn’t asking too much — or will he first appear on Oprah?

When the Duchess of Cambridge attended a gala dinner for one of her charities, Action On Addiction, she reminded me of Princess Diana. Beautiful, but so slender in a white sheath dress and with her cheekbones now so chiselled I hope she had double helpings.