Getting her beauty sleep! Duke of Kent’s granddaughter Lady Amelia Windsor models £105 pyjamas made from hemp in campaign for brand Stola London founded by her friend

Lady Amelia Windsor has continued to show her commitment to only wearing ethically-sound fashion brands, by modelling pyjamas made from sustainable hemp.

The model and socialite, 25, who is 41st in line to the throne, can be seen pouting, laughing and reading in the nightwear in the new campaign for Stola London.

The eco-friendly fashion house was co-founded by Amelia’s university friend Poppy Fordham, who wanted to spread awareness on sustainable fabrics.

In one snap from the photoshoot, which took place in Deal, the Duke of Kent’s granddaughter can be seen beaming at the camera while posing on a bed in the £105 pjs. 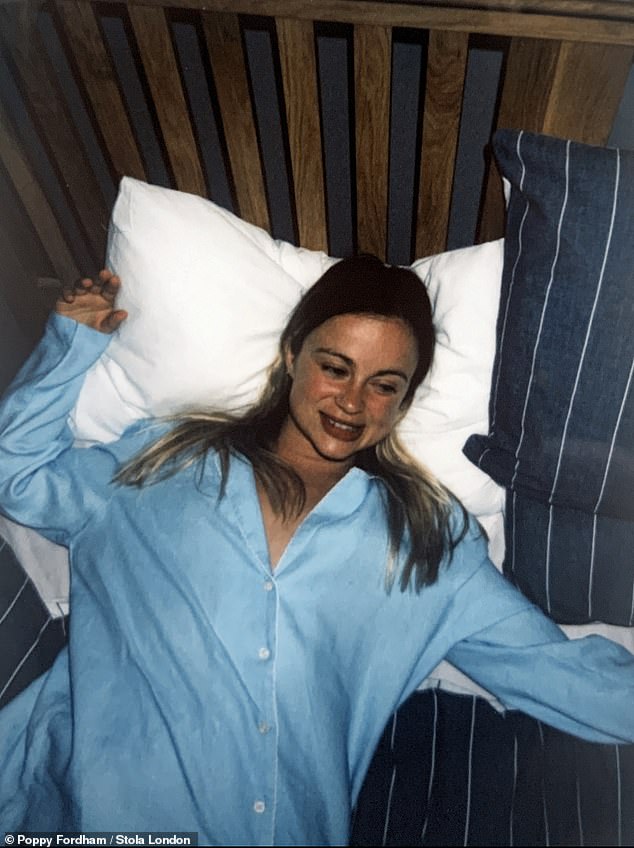 Lady Amelia Windsor, 25, has continued to show her commitment to only wearing ethically-sound fashion brands, by modelling pyjamas made from sustainable hemp 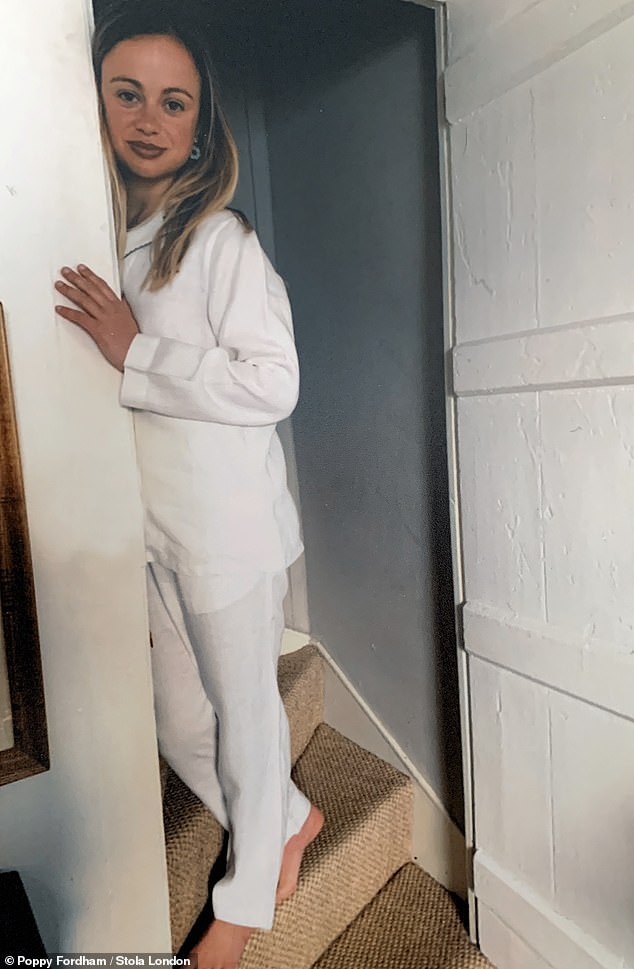 The model and socialite, who is 41st in line to the throne, can be seen pouting, laughing and reading in the £105 eco-friendly nightwear in the new campaign for Stola London 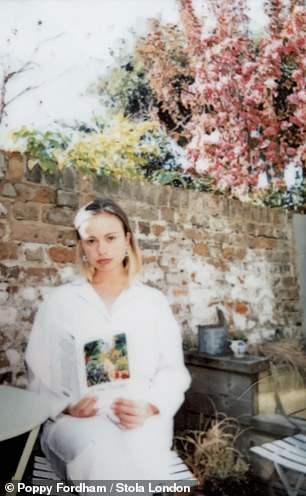 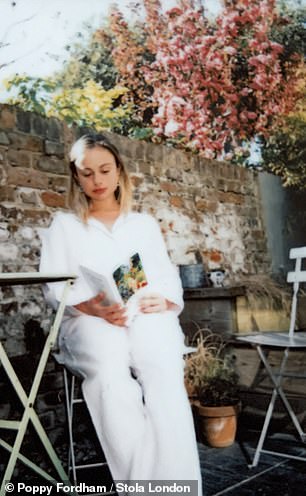 The eco-friendly fashion house was co-founded by Amelia’s university friend Poppy Fordham, who wanted to spread awareness on sustainable fabrics

The royal, who has long been an advocate for ethical fashion, models the full-length pink, white and blue pyjamas in the campaign.

In one shot, the granddaughter of the Duke of Kent can be seen reading a book in a picturesque garden, surrounded by pink flowers.

The brand’s founder Poppy enlisted Amelia’s help to spread awareness of using hemp for PJs instead of cotton.

She claimed that while a pair of cotton pyjamas uses 4,000 litres of water to make, her hemp version needs just 800 litres.

The royal, who has long been an advocate for ethical fashion, models the full-length pink, white and blue pyjamas in the campaign 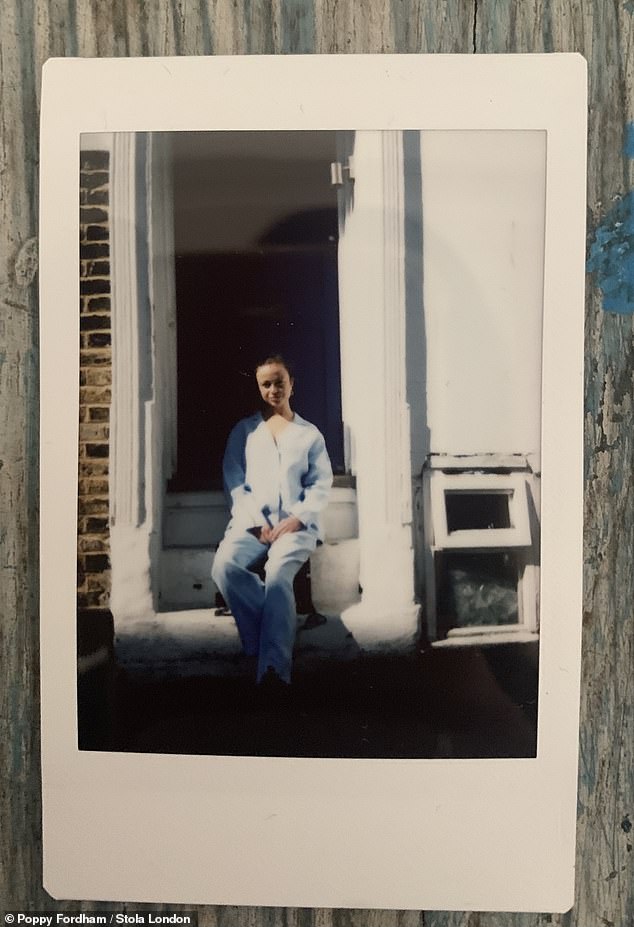 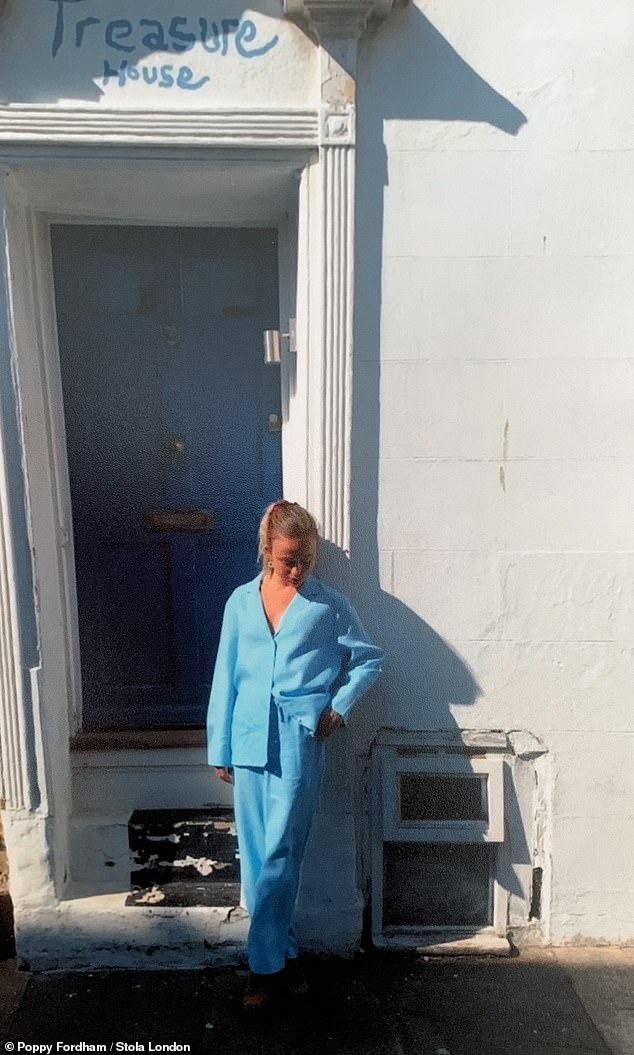 The royal, who is signed to Storm models and has worked with designers like D&G, appeared lowkey as she posed in the oversized pyjamas for her friend’s brand

Poppy explained: ‘Amelia is a close friend of mine and is passionate about sustainability and has done some amazing work to help combat the thirsty fashion industry.

‘This is all part of our mission at Stola London – to spread awareness of hemp fabric which we believe holds the future to a renewable and truly sustainable fashion industry.’

She revealed she had been inspired to organise the shoot with Amelia due to their shared love of the beach, saying: ‘Amelia and I wanted to take a trip to the coast because we both love swimming in the sea.

‘So we headed to Deal with its pretty colourful houses and picturesque shingle beach. 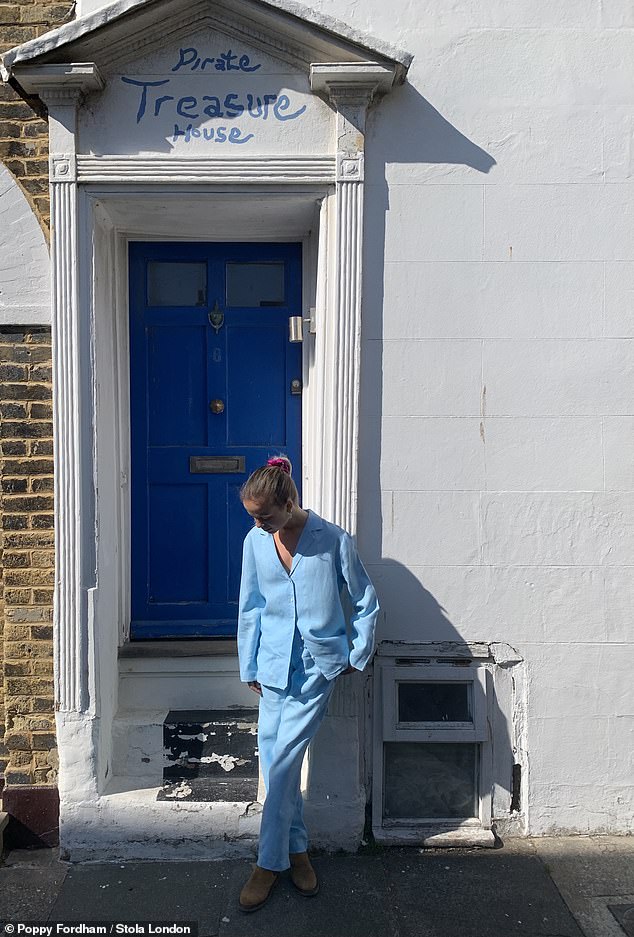 ‘The photographs were all taken with my Polaroid camera and I want them to appear relaxed and carefree.

‘It very much felt like we were just friends playing dress up in my pyjamas.’

Poppy continued: ‘Each photo has a snapshot almost vintage feel, which nicely fitted into the old seaside town of Deal.

‘They are very much the opposite of the Photoshopped and manicured campaign and show our friendship. 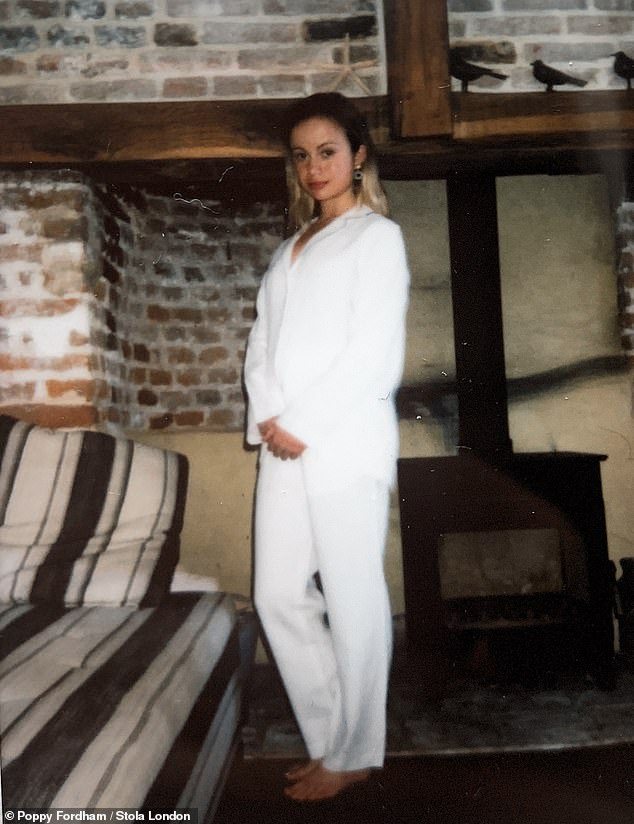 HOW THE UNUSUAL FABRIC CAN HELP THOSE SUFFERING FROM SKIN CONDITIONS

Hemp is naturally antibacterial and anti microbial so it’s particularly useful for those suffering allergies or skin conditions.

The most effective time to use these fabrics is of course at rest, to cocoon yourself in healing fabrics when your body is naturally healing and establishing balance.

The medicinal properties in the eco dyes include antioxidant, anti parasitic, anti inflammatory. antiseptic and antiviral benefits and are especially useful in the treatment of eczema, psoriasis, ageing, dermatitis, acne, boils and other skin conditions

‘Dressed in pyjamas, we explored the seaside town and its multi-coloured houses.

I snapped away on my Polaroid, and after the shoot, we cooled off by swimming in the sea.’

She added: ‘Amelia wore three different sets from our capsule collection; the Sura Blue, Mylasa Pink and Albanda white, all £105.

‘Each pyjama colour is named after an ancient hemp producing city.’

Once dubbed the most beautiful member of the royal family, Amelia is currently signed to Storm models, which represents the likes of Kate Moss and Cara Delevingne.

She has racked up almost 90,000 followers on Instagram from sharing her quirky sense of style and collaborations with brands, including with fine jewellery specialist Alice van Cal.

Amelia has also modelled for the likes of Dolce & Gabbana and designed her own range of accessories in collaboration with Penelope Chilvers.

The contributing editor to Tatler Magazine, also reportedly interned at jewellery house Bulgari, during her time studying at Edinburgh University.

The busy royal has been making the most of the slight easing of lockdown restrictions in the UK, having recently posted on Instagram that she enjoyed a meal at vegan restaurant Holy Carrot in Knightsbridge. 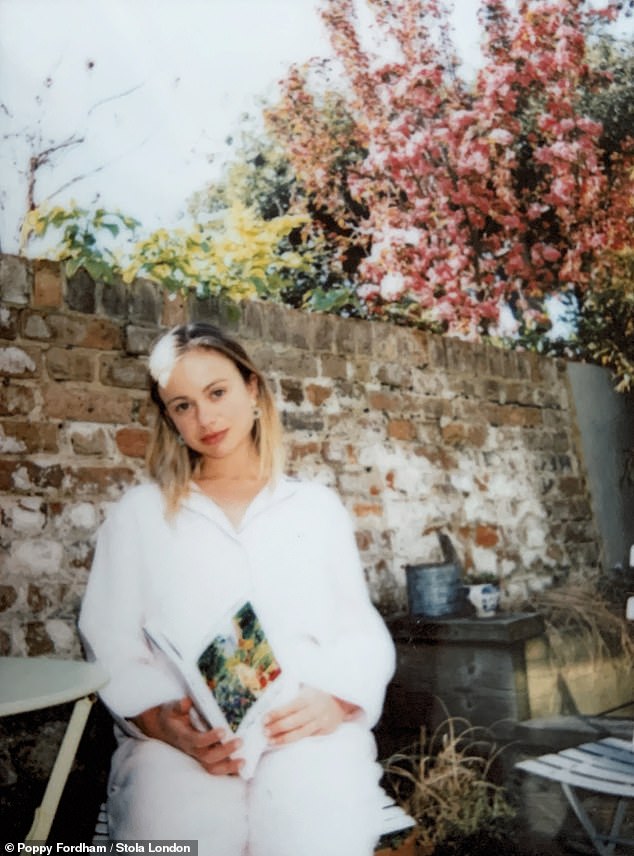 The pyjamas are available in three different colours and cost £105 for a set (pictured, Lady Amelia wearing the white pair)