The opening shot of this intricate British drama begins in the heavens and zooms downwards, cutting through a city’s collective chatter, to arrive at a Manchester mansion converted into four apartments. The vast becomes granular – each household awaits scrutiny; each household contains deeply held failings.

Like the author of an imposing novel, Life’s creator, Mike Bartlett, wants the specificity of each storyline not only to tie together, but to create a collective vision of conflicting hope and despair. You can’t fault the ambition, but the execution does have some issues. 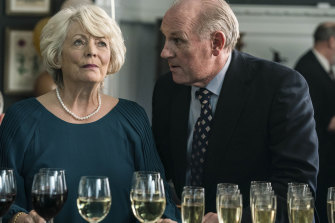 Alternately vivid and dutiful, the initial exposition sets up the storylines: on the eve of her 70th birthday, Gail (Alison Steadman) questions what she’s done with her life; English lecturer David (Adrian Lester) is worried about his marriage and infidelity; buttoned-down alcoholic Belle (Victoria Hamilton) can’t brook any meaningful intrusion into her home; pregnant Hannah (Melissa Johns) is trying to juggle a new boyfriend and the cheery hook-up who’s the father of her child. Whether they want to be or not, they’re characters on the cusp of significant change.

On nodding terms or less, the quartet of protagonists constitutes a panoramic view – this is all of us, one way or another. “Talk to someone you don’t know,” David’s wife, Kelly (Rachael Stirling), suggests before departing on a trip. “Sounds horrific,” he replies.

These lives have shiny surfaces and deep fractures, ill-communication and sometimes harsh self-appraisal. Belle’s sister struggles with her mental health, but Belle is terrified to look after her wayward teenage niece, Maya (Erin Kellyman), even after the police drop her off. A radical thought: what if one character provided the contrast of being genuinely happy? 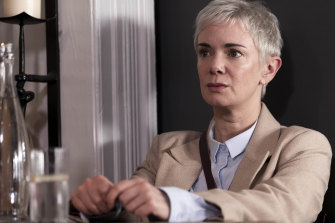 As it is, Bartlett approaches these six episodes with an unexpected optimism. His breakthrough show, the middle-class marital warfare of Doctor Foster, took no prisoners, while cynicism was rampant in his duelling newspapers tale Press. Here the characters are trying to do better, or at least find a way to lessen any harm, and they start to draw on each other.

“Sometimes life just happens, it arrives, and you have to deal with it,” Gail tells Hannah’s nervous baby daddy, Adam (Calvin Demba). It’s good advice, although these lives are thoroughly orchestrated. There’s actually not a lot of room for happenstance.

You may find that you feel Bartlett’s writerly thumb pressing a little too heavily on the show’s scales. There are numerous plot twists and even a popular plot-line gimmick that’s been done, well, to death these past 25 years in film and television. Some dialogue is too perfectly attuned, as when a considerate priest counsels Gail that, “as we seek to live authentic lives, we must allow the space for authenticity in others”.

Hannah, who has a disability, has a scene with a bureaucrat that mainly feels designed to allow Bartlett to get an impassioned shot in at Britain’s economic austerity policies.

The exemplary cast paper over many of these cracks with committed, nuanced performances, so that contemplative moments carry an emotional weight for Steadman’s Gail, while there’s a roiling, corrosive energy that Lester begins to invest David with. It’s a shame that the direction from Ben Gosling-Fuller and Kate Hewitt never finds a visual equivalent to the worry and wonder that motivates these lives.

Life has the grandest of storytelling aims, but it doesn’t want to illustrate them. A vision this expansive needs all the help it can get.