Andrea Bocelli is kicking off his international 2020 tour on 14 December 2019 in Ohio, Columbus, but before his tour commences he is treating the British public to some of his famous tunes on the Michael McIntyre’s Big Show. The opera singer is famous for songs such as Time to Say Goodbye and more recently working with Ed Sheeran on hit single Perfect, but how much is the Italian singer worth?

Andrea Bocelli is the Italian singer and musician well known for his beautiful voice.

In fact, Celine Dion has previously said that “if God would have a singing voice, he must sound a lot like Andrea Bocelli,” and David Foster, a record producer, is often known to describe Bocelli’s voice as the “most beautiful in the world”.

With a successful career in music spanning over 37 years, how much money has the Italian opera singer amassed? 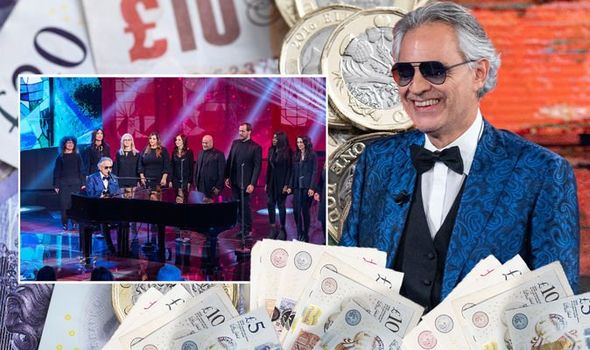 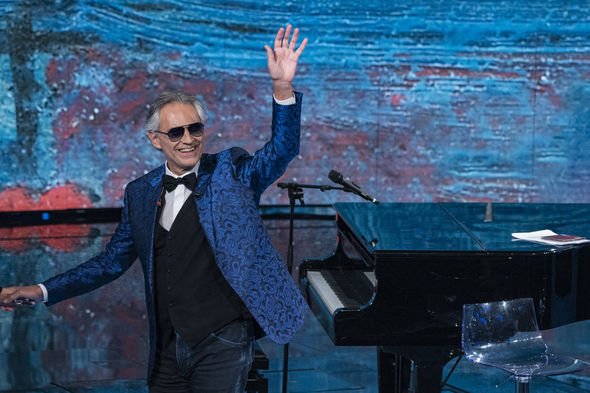 What is Andrea Bocelli’s net worth?

According to Celebrity Net Worth, Andrea Bocelli has amassed a huge net worth of around £31million.

Although this is just an estimate, the star’s “beautiful voice” has no doubt paid off.

Bonelli has won a total of 19 recognised industry awards during his career.

He even has a star on the Hollywood Walk of Fame.

He has won six BRIT awards, for Album of the Year twice, Best Selling Classical Album and Outstanding Contribution to Music, among others.

In his home country he has been made Grand Officer of the Order of Merit of the Italian Republic.

He was also made Grand Officer of the Order of Merit of Duarte, Sanchez and Mella by the President of the Dominican Republic, Leonel Fernández in 2009.

Andrea has sung many songs over his many years as an opera singer, but his most famous song is “Time to Say Goodbye”, released in 1997.

Andrea won the Best Single of the Year award for it. 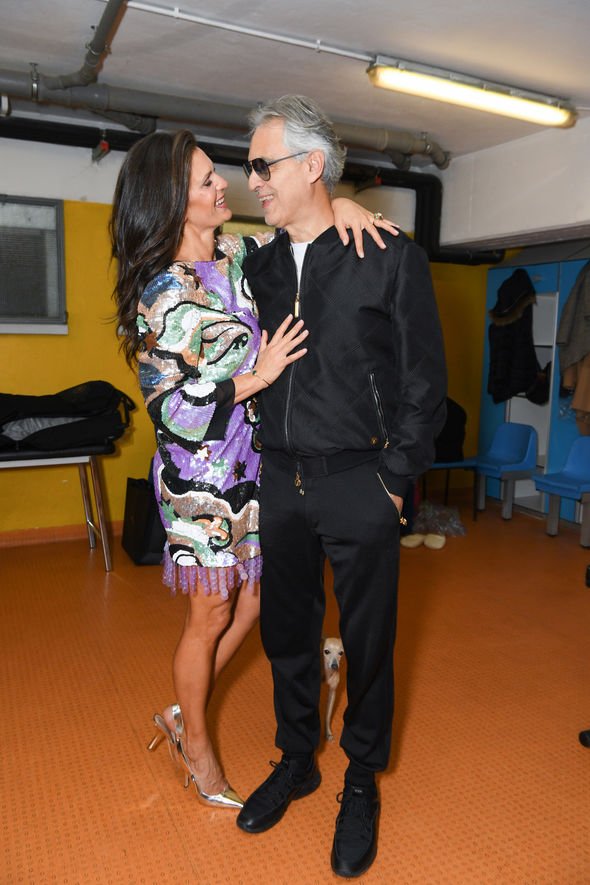 The song was written by Francesco Sartori, who crafted the music, and Lucio Quarantotto, who penned the lyrics.

The song reached Number One in France, followed by Belgium.

At age 12, Bocelli lost his sight completely following an accident during an association football game.

He was hit in the eye playing goalkeeper during a match and suffered a brain hemorrhage.

Doctors resorted to leeches in a last-ditch effort to save his sight, but they were unsuccessful and he remained blind. 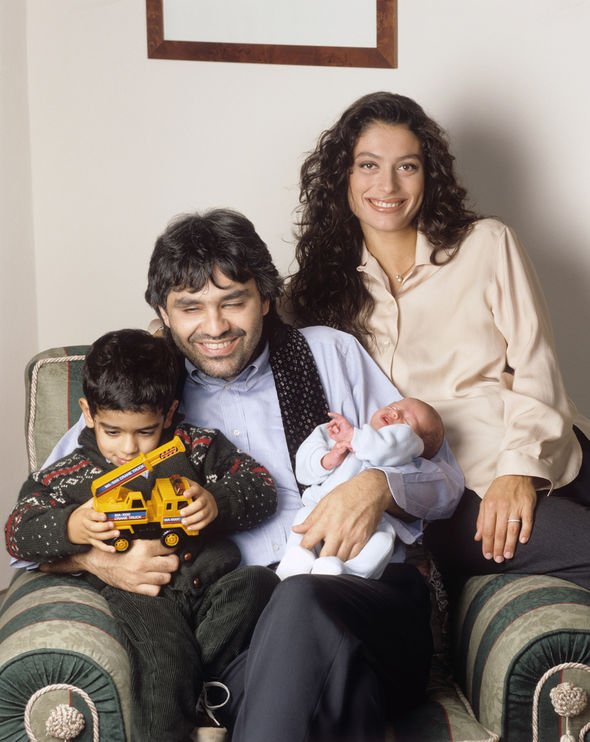 Andrea Bocelli has been married twice.

He met his first wife, Enrica Cenzatti, during his early career, while signing in piano bars.

During their marriage the couple had two sons, Amos 24 and Matteo, 22.

The same year Bocelli separated from his first wife, Enrica Canzatti, he met his next wife, Veronica Berti.

In the interim time they have a daughter.

The couple live in Forte dei Marmi on the Mediterranean.