Victorian Premier Daniel Andrews has ramped up pressure on the federal government to reform the country’s “broken” healthcare system, which he says places a disproportionate burden on state budgets.

The premier used his first media appearance of the new year to implore national cabinet to prioritise a healthcare reform agenda in 2023. 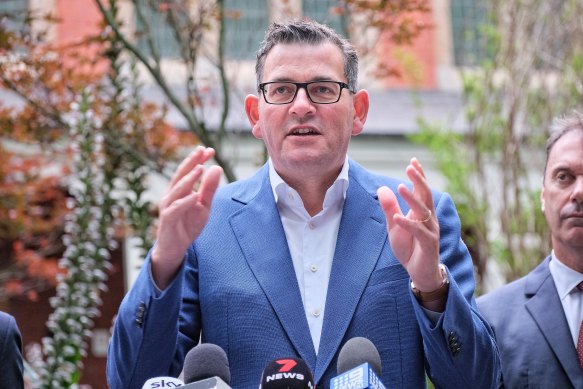 “We run hospitals for the Commonwealth government, through Medicare, to run the primary care system, and that system is broken,” Andrews said.

“You cannot find a bulk-billing doctor, particularly out of hours, and that’s not the way it should be.”

Andrews and acting Health Minister Colin Brooks on Tuesday visited the newly opened Heidelberg Priority Primary Care Centre at Austin Hospital in Melbourne’s north-east, one of the 25 clinics Andrews promised as part of a partnership with NSW Premier Dominic Perrottet in late August.

Victoria has opened 10 clinics, with another 12 set to open next month. The locations of the remaining three are yet to be determined as part of the $70 million package.

The Andrews and Perrottet governments last year announced a one-year trial of the new primary care clinics to address the lack of bulk-billing and affordable GPs, an issue they said put immense pressure on the states’ hospitals and emergency departments.

Andrews said on Tuesday that “bed blockages” by elderly patients who were unable to be safely discharged to an aged care home and people on the National Disability Insurance Scheme unable to get a place at a residential facility were still a major problem and called for urgent change.

He said more than 500 patients every day were in Victorian hospitals because there was nowhere for them to go.

The 25 clinics are expected to help about 130,000 non-urgent category four and five patients, such as broken arms and legs or coughs and colds, Andrews said.

“We can’t have a situation where Medicare doesn’t work … and hundreds and thousands of patients across the nation are forced into already busy emergency departments.”

Opposition health spokeswoman Georgie Crozier said the healthcare system needed to be constantly reviewed to ensure it was fit for purpose.

“But the Andrews government can’t totally blame the federal government for the dire situation within Victoria’s health system,” she said.

Figures released by the Victorian government in December showed that in the past year, almost 38 per cent of the more than 1.7 million Victorians who attended emergency departments across the state were classified as either category four or five.

National guidelines recommend category four patients be examined within 60 minutes. But often these patients now wait hours to be seen, increasing the risk of deterioration compared to more urgent patients, who are fast-tracked.