During Wednesday’s at-home episode of The Tonight Show Starring Jimmy Fallon, the duo reminisced over the first time they met nearly 12 years ago at a celebrity golf tournament. Excited to take a walk down memory lane with Jimmy, the Black-ish star brought photos from the event and couldn’t help but tease the late night host over his ensemble.

“That’s where we first met,” Anthony said as he held up a plaque featuring images from their outing. “You in the thickest cardigan I’ve ever seen a golfer wear in the desert in 110-degree weather.”

Jimmy’s sweater wasn’t the only part of the outfit that stood out. In another picture, he can be seen smoking a pipe as he posed for a picture with the Kangaroo Jack star and their buddies. Laughing over his accessory, Anthony exclaimed, “There you go, with the cardigan and the pipe!”

Defending his outfit choice, Jimmy explained, “I did not know it was gonna be 100-and-something degrees.”

Still on the topic of the tournament, the Almost Famous star recalled having a little too much fun as the game continued. “I don’t know if you remember this, I went to every house—there’s homes on the holes—and I went to every house and I was like, ‘Hey, what’s the drink of the house?’ Dude, by the 9th hole…” Anthony chimed in, saying, “I remember. We had a great time, baby! Best 18 holes in four days—so, what was that? Best 72 holes of my life.”

Jimmy added, “I remember one time, we were, like, flying around the hole ‘cause you sank a birdie and we were dancing around. We had so much fun, dude. That was the greatest. I gotta play with you again. It’s gonna happen, soon enough.” 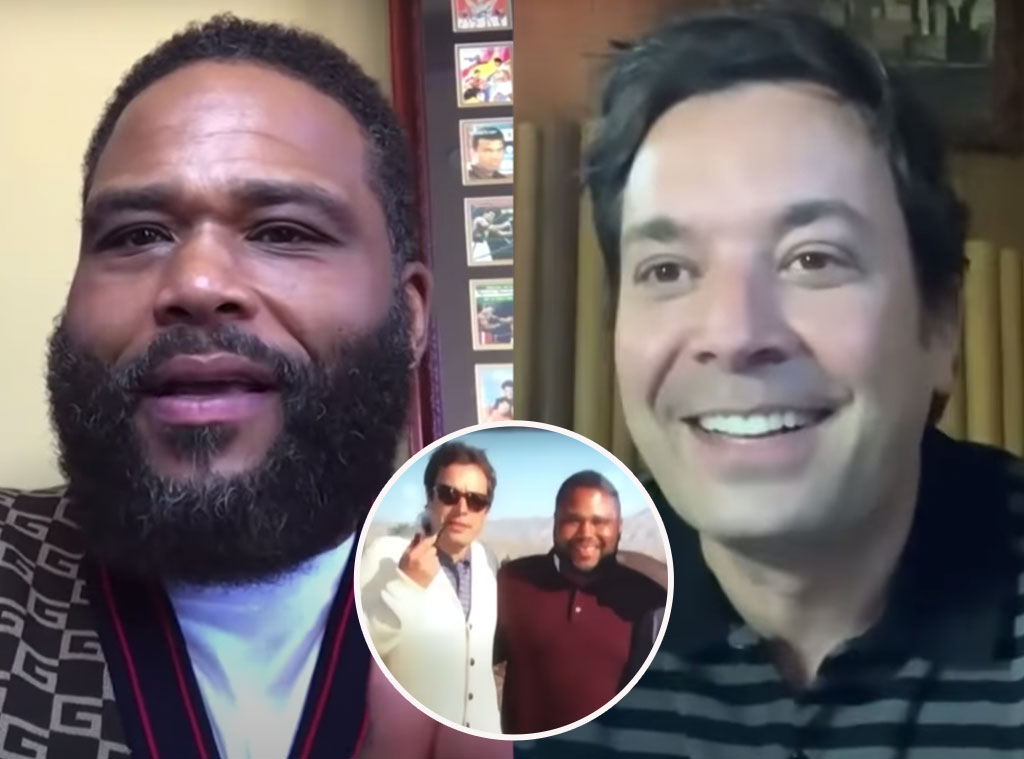 If social distancing is still in effect, Jimmy promised, “If you have to, you can count me in as a Zoom friend.” But Anthony said he could only attend on one condition: “Wearing that hot-ass cardigan and bring the pipe!”

(E! and NBC are both part of the NBCUniversal family.)