An anti-vax mom is recommending licking everything at your local supermarket — just like she does.

In a since-deleted Instagram story, Jodie Meschuk shared a video of herself strolling around a Colorado store with her children, licking the produce bags, her shopping cart handle and even the fridge doors.

“Germs fortify your immune system,” the captions lecture, as she deposits her saliva on various common surfaces. “Exposure to germs build defenses against asthma and allergies. Microbes help digestion.” 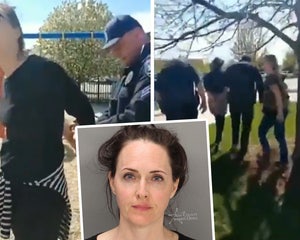 While she happily collects those germs in her mouth, she doesn’t appear to spare much thought for shoppers who do not subscribe to her theory but have to handle the surfaces in her wake.

“Be Free! Love Over Fear,” she concludes with a smile as she leaves, having scoffed at the “mask required” sign at the entrance as “not law.”

Before it was deleted, the clip garnered a lot of backlash — mainly from Satanists, according to Meschuk herself.

“I see it so different now,” she went on. “These ‘people’ aren’t even thinking for themselves. One could even argue that they are not even real. They are a slave to a system rooted in harassment and bullying. They have handed over their minds to someone else — to Satan. To DARKNESS. How could they ever be proud of that? How can they ever find self worth?” 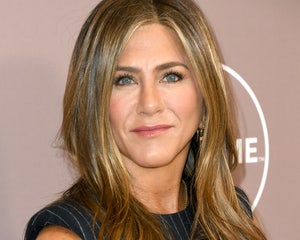 Meschuk is the author of “Autism Reimagined”, in which she claims to have cured her son of autism.

“We are taught to trust doctors, the CDC, and pharmaceuticals. And we are taught to believe autism – a condition affecting 1 in 54 children – is an unexplainable, irreversible mystery,” she writes in the teaser. “What if we haven’t been told the whole story?”

The gross trend of licking things at supermarkets pre-dates the Covid pandemic, but disconcertingly carried on throughout it.

The first viral incident happened in June of 2019, when a Texas teen filmed herself opening and licking a tub of Blue Bell ice cream before replacing it in the store fridge. 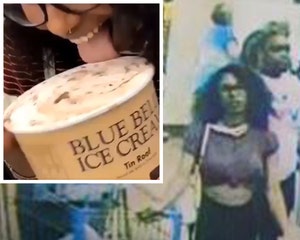