Former Bachelorette Becca Kufrin and Bachelor contestant Thomas Allio kind of came out of nowhere as a couple on Bachelor in Paradise. The two first started chatting during the super dramatic VIP party organized by celeb guest host Tituss Burgess. (I won’t repeat the official name, you’re welcome.) Then, they went on an actual date and totally hit it off.

Thomas broke up with his steady Paradise flame Tammy Ly soon after, leaving her devastated on her birthday. And, Becca and Thomas have been solid ever since. (Did you see him carry her off the beach during the evacuation? Swoon!) Now that couples are having serious convos about where their ‘ships are heading, it’s crunch time.

So… what happens with these two at the end of the show? And, are they still together now? Here’s what you need to know about Becca and Thomas’ relationship status, according to spoiler god, Reality Steve.

What happens with Becca and Thomas on Bachelor in Paradise? 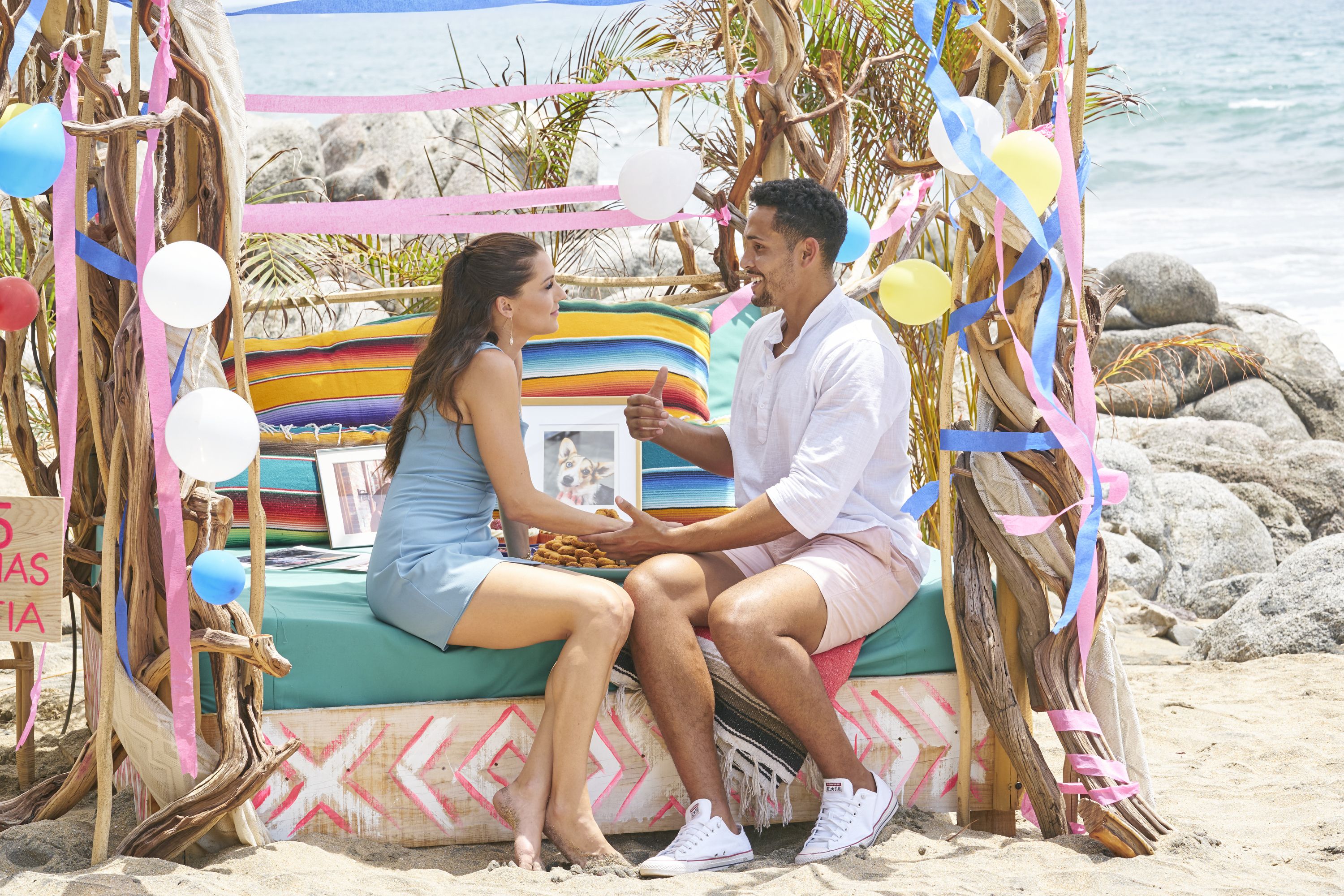 They’re not. Details are a little scarce, but Reality Steve says that Becca “eventually breaks up with him before the finale.”