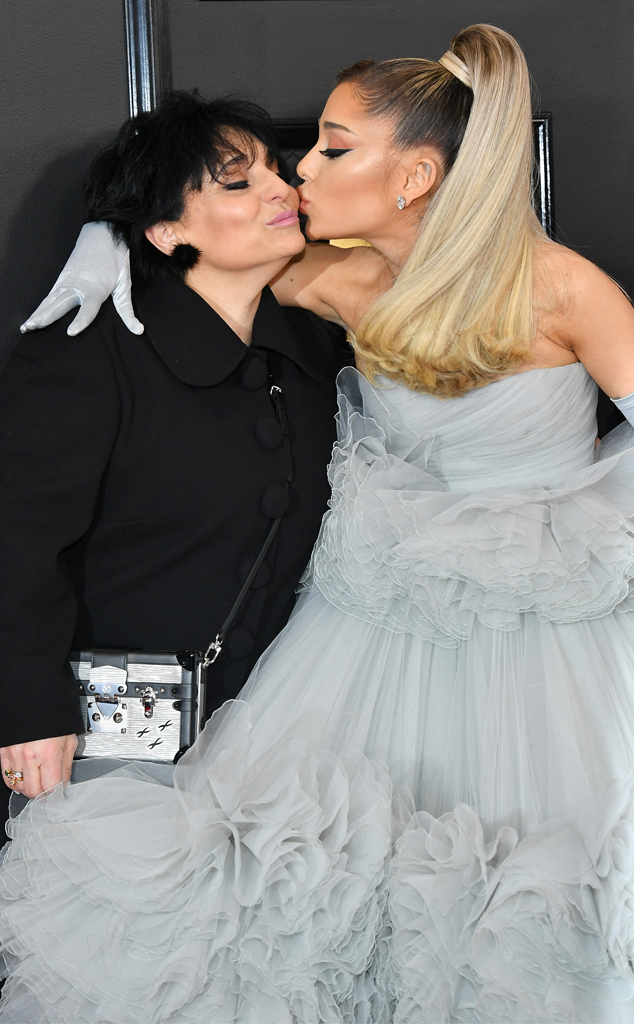 To Ariana Grande’s mom, God is a woman…and her daughter.

At Sunday night’s 2020 Grammys Awards, the superstar was up for for five awards, including Best Pop Vocal Album and Record of the Year. But while those coveted trophies went to Billie Eilish, the “thank u, next” singer is still a winner, especially in the eyes of Joan Grande. “I am so mf proud of my daughter for a million reasons..but to name a few she stepped out & owned the red carpet,” the 51-year-old raved on Twitter. “TWICE, she gave a phenomenal performance, she owned sitting in her seat during the show showing true warmth, sincerity & respect … & she had a great time! Ariana won!”

Indeed, the 26-year-old proved just how deserving she was of those nominations during her epic performance of her hits “imagine” and “7 rings.” With dad Edward Butera in the audience, she even switched up the lyrics of “thank u, next” to note their recent reconciliation, out, “I’ll be thanking my dad, ’cause he is really awesome.” (The original words are: “One day I’ll walk down the aisle / Holding hands with my mama I’ll be thanking my dad / ‘Cause she grew from the drama.”)

To finish off the stunning set, she removed a metaphorical engagement ring and kissed the past (and Pete Davidson) goodbye once and for all.

And though she didn’t take home any awards, she’s certainly happy Billie did. After winning Album of the Year for When We All Fall Asleep, Where Do We Go?, the history-making 18-year-old paid tribute to her fellow artist. “Please, sit down. Shhh!” she told the cheering crowd. “Can I just say that I think Ariana Grande deserves this. thank you, next got me through some s–t and I think it deserves like more than anything in the world.”

But Ari wasn’t having any of that. When cameras panned to her, she was seen shaking her head, mouthing, “no, no, no,” and blowing kisses to Billie. Because she’s just that great of a sport.

Later, the superstar took to Twitter to celebrate her incredible time. “i had a great mf time tonight :)” she wrote to her nearly 70 million followers. “thank u for everything.”