Artists could be paid a wage for one year to enable them to pursue their creative work in a $200 million election promise to resurrect the sector which was significantly impacted by the COVID-19 pandemic.

The Greens will on Saturday announce an artists funding pilot program called the Artists Wage, which would see 10,000 established or emerging artists and arts workers paid to create their work. 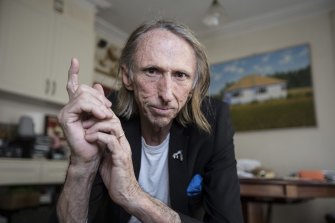 Under the proposal, artists and arts workers would be paid $772.60 per week for one year from a $277.5 million funding package, which will be a key plank of the Greens’ arts policy for the upcoming federal election.

In a pilot, two local councils – one regional and one metropolitan – would bid to jointly run the program in their region with the support of the Commonwealth. The councils would identify local artists and creatives to access the Artists Wage and create a local creative industry plan to work alongside the scheme.

Australian Greens spokesperson for the arts Sarah Hanson-Young said it was critical that a generation of creatives were not lost due to the pandemic.

“Ensuring artists receive a living wage will bring stability to a sector that has been left behind by the
Morrison government,” Hanson-Young said.

“The arts are a core part of Australian culture and contribute so much to our economy. We must do everything we can to make sure our artists can continue creating.”

“The arts sector contributes around $15 billion annually to our GDP. That’s about the same contribution to the economy as the sport sector, but it provides about 70,000 more jobs,” he said.

“Almost 200,000 people work in the arts, that’s four times the number of jobs of the coal mining industry. Imagine a pub without music, galleries without artwork, cinemas without films, bookstores without fiction.”

Iconic Australian artist Reg Mombassa said the policy would allow up-and-coming creatives to fund their passion instead of struggling to make ends meet.

“I know of many talented and hardworking artists, musicians and writers who have contributed to the cultural life of this nation but who would never have made a reasonable or sustained income from the sale of their work or from live performances,” Mombassa said.

“A modest wage for creative people would be a great way of solving this problem. It would enable many young, emerging or struggling older artists to concentrate on their work rather than having to scramble for part- or full-time jobs in order to survive.”

“The most creative and potentially influential sector of our economy other than the straight scientists of all disciplines is the artistic sector – we are constantly challenging, probing, prodding, shocking society.” Bradbury said.

“In today’s fast inflationary world, $772.60 will quickly run out for a single income family of mum and dad and 2 kids at school. But it’s a bloody lot better than most of us earn in today’s fast polarising Australia between the rich and the poor.”