While making a Hollywood-backed film about a legendary American singer shot entirely in Australia during a pandemic was a risky venture, Baz Luhrmann’s Elvis has gone from box office success to dominating a star-studded Australian Academy of Cinema and Television Arts (AACTA) Awards. 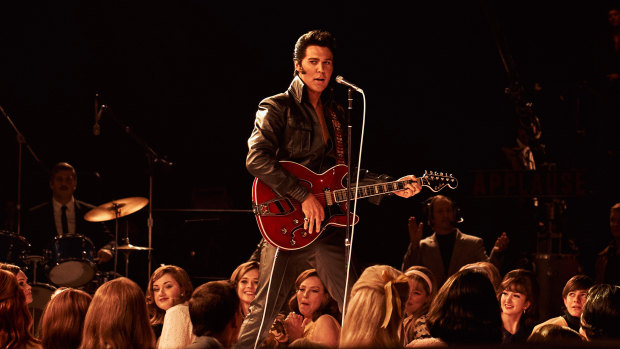 After seven wins at the Industry Awards on Monday, these four additional trophies brought the film’s total to 11. That was just two short of the 13 that Luhrmann’s The Great Gatsby won in 2014 but more than the 10 that Strictly Ballroom, his debut film, won at the preceding Australian Film Institute Awards 30 years ago. 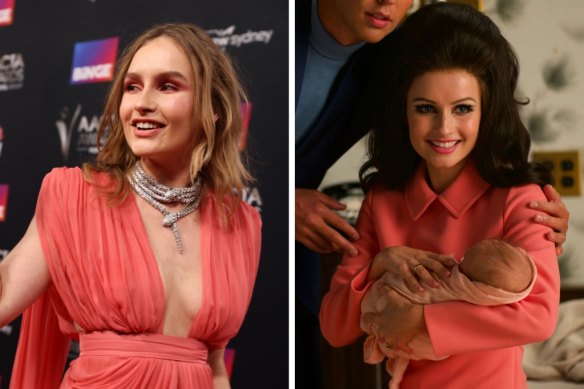 Olivia DeJonge wins best supporting actress at the 2022 AACTAs for her role as Priscilla in Elvis.Credit:James Gourley/Getty Images for AFI/Warner Bros

Luhrmann has been travelling to support the film’s international awards season campaign, which included an event hosted by President Joe Biden at the White House. And though he appeared in live crosses from London, his longtime creative partner and wife Catherine Martin took over the spotlight.

The four-time Oscar winner, who won AACTAs for costume design and production design at the Industry Awards on Monday, won again as a producer of Elvis and accepted the Longford Lyell Award for her “outstanding global contribution and influence” in film.

The other big winners at the country’s main film and television awards, whose presenters and performers included AACTA president Russell Crowe, Rebel Wilson, Guy Pearce and Natalie Imbruglia, were the ABC series Mystery Road: Origin, which won a total of seven awards over the two ceremonies, and Netflix’s Heartbreak High, which won three awards plus another three public-voted audience choice prizes.

In the film categories, best actress went to Leah Purcell, who played a woman protecting her family in the fierce Indigenous western The Drover’s Wife The Legend Of Molly Johnson. She was also nominated for writing, directing and producing the film.

Best supporting actor went to Sean Harris, the English actor who played the menacing subject of an undercover police operation in the dark drama The Stranger. The film’s writer-director Thomas M. Wright collected best screenplay at the Industry Awards on Monday.

Harris was only international actor to win at the awards despite nominations for Tom Hanks (Elvis), Tilda Swinton and Idris Elba (both in Three Thousand Years Of Longing) and Jackie van Beek and Jemaine Clement (both in Nude Tuesday).

Accepting the Longford Lyell Award, Martin said her work had been “indivisible from my creative partnership with Baz Luhrmann, who has been my husband for 25 years; yes, I know, I need an award for that too”.

After praising the “the many, many talented and dedicated women” she worked alongside, Martin called for better childcare for working mothers who were not as fortunate as her. “Improving access to, and affordability of, childcare is so important, helping women throughout society fulfil their dreams and their potential inside and outside the home,” she said.

Accepting best director from London, Luhrmann said it was especially touching to be acknowledged by his home team. “All of us held this movie is our hands like a precious child through COVID with one goal in our mind … to bring audiences back into the theatre, old and young, and it’s gratifying that we did it,” he said.

The jury duty drama The Twelve (Foxtel/Binge) won best mini-series and the latest incarnation of the ABC’s Mystery Road, which took Indigenous detective Jay Swan back to his younger days in his home town, won best drama series.

The first two seasons of the series won the same award, which means the television spin-off of Ivan Sen’s 2013 outback western Mystery Road has triumphed three times in five years.

Heartbreak High, a revival of a popular 1990s high school series that has become a breakout hit on Netflix, had already won best costume design at the Industry Awards. Creator Hannah Carroll Chapman added to that by winning best screenplay in television for the first episode that featured an infamous “incest map”, and Thomas Weatherall, who plays Malakai, boosted the Indigenous success at the AACTAs by winning best supporting actor in a TV drama. 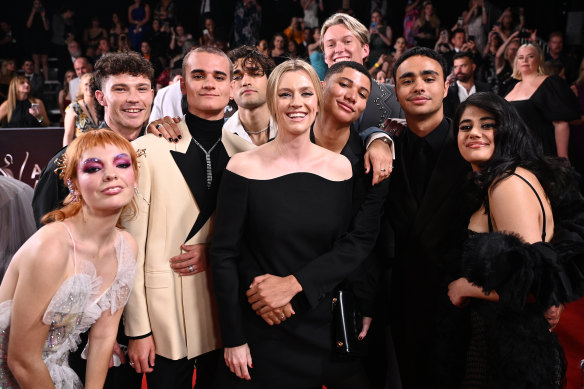 The cast and crew of Heartbreak HIgh attend the 2022 AACTA Awards.Credit:James Gourley/Getty Images for AFI

Thor star Chris Hemsworth won the Trailblazer Award for his outstanding career and contribution to the screen industry. 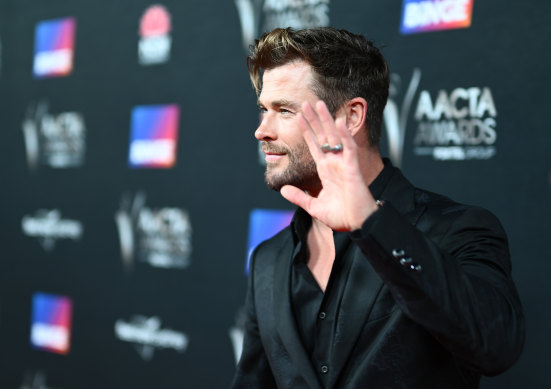 “I feel incredibly lucky to able to do what I do – to tell stories, to act, to be able to take on many different adventures across the globe,” he said. “My parents instilled in me a belief that anything was possible. When I said I wanted to be an actor, they said ‘absolutely, go for it, the couch will be here if it ever fails’.”

“These awards recognise the monumental effort and skill that goes into making a production and honour the hard-working creatives and artists who keep us entertained,” he said.