Warner Brothers will turn 100 this year – the studio I mean. Not the brothers. Beaten by the clock, Harry, Jack, Sam and Albert have long been in the ground, but their Burbank icon has ordered the bubbly for April, set to raise a glass to Rin Tin Tin – the dog that rescued their bottom line from the Depression.

Down the road, Disney will follow suit in October, filling their flutes to a mouse in their case. No doubt cakes are being planned, speeches and releases. But where’s the fuss for the bee’s knees, I ask you? The cat’s pyjamas?

As a new year dawns, centenary brands will seize the limelight. Notable cities like Cairns and Mount Isa – both 100 this year – will celebrate in league with Route 66. Old Parliament House will become officially older when we mark its first sod flipped back August, 1923. But what about language? Where’s the ticker-tape pageant for heebie-jeebies? 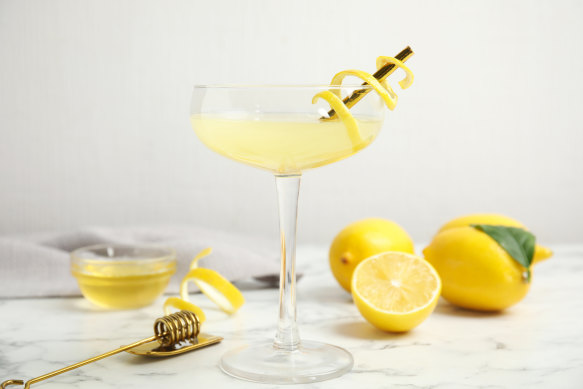 The phrase bee’s knees emerged during the era of the flapper. Credit:iStock

Chicago cartoonist Billy DeBeck is credited as the slang’s coiner, or at least the earliest cited user. Barney Google, his popular comic strip, carried an insult on October, 1923, when Barney hollered at Snuffy Smith: “You dumb ox — Why don’t you get that stupid look offa your pan — you gimme the heeby jeebys! [sic]”

As for bee’s knees – think jazz culture. Flapper-ville. The energetic Charleston. Bathtub gin and bootleg moonshine. Because while Hollywood was cranking into action, so were the Roaring 20s. In America at least, and soon here in Oz, with a loosier-goosier feel to phrases embodied in the likes of cat’s pyjamas. Speakeasy scholars attest to other superlatives, including the duck’s quack, the monkey’s eyebrows, the oyster’s earrings and the elephant’s instep.

Sadly, that last lot didn’t last the trip. Unlike mass media, another 1923 coinage, forged by the film boom. Combining new communication tools with a surge of postwar optimism, media found fresh platforms a century ago. Programme – the word – came into its own, as did readership and hand-held, crystal set and news bulletin, while Wurlitzer and answering machine lived a few slots down the timeline.

Verbs also did things 100 years back. Deplane and hijack make an eerie couple. Hitch-hike and slenderise, kayo and ghost-write. In a curious twist, debunk was born a century before prebunk (to expose fake news in advance) saw the light of day. Meanwhile project (the verb) took on a clinical nuance, as expressed by English evolutionary biologist Julian Huxley in 1923: “Certain neurotic types project their depression so as to colour everything…a gloomy black.”

Yes, Freudian language was another big mother. Sorry, big mover. The likes of id and superego were soon to emerge, a sequel to the cognitive batch of neurosis and inferiority complex, plus intelligence quotient and learning curve. A few isms arrived as well, including fundamentalism and absenteeism, while transvestites and drama queens joined the flappers in the camel-trot.

That dance soon sputtered, along with helicopterist and squanderous, proving that not every 1923 invention had Vegemite’s stamina, our toast-worthy brand reaching the shelves a century back. Railodok (some sort of panoramic carriage) and radish (an anti-Communist feigning to be a Communist) also derailed, surpassed by robot and aerosol, eye shadow and facelifting, jobless and road sense.

Where’s the royal telegram for such durable words? The cake, the bunting, the civic hoop-la? This year, as the world readies to worship a mouse, or snip ribbons in Cairns, you’ll find me swilling bathtub gin in a jazz bar, or asking the keeper for their cellar’s best champagne, the very caterpillar’s kimono no less.

To read more from Spectrum, visit our page here.