It’s hard to believe that it’s been a month since Kendall Jenner reportedly called it quits with her then-beau, Ben Simmons. The reality star and her NBA star boyfriend were constant fixtures on and off the basketball court when they were together, and it was a sad day for stans when they announced they were taking some time apart. Still, it looks like there wasn’t any bad blood behind their split, and Ben Simmons’ "like" on Kendall Jenner’s Instagram photo post-split seems to confirm that. Could a reconciliation be down the road? Here’s why I wouldn’t rule it out just yet. Elite Daily reached out to both Jenner’s and Simmons’ reps for comment on the current status of their relationship, but did not hear back by the time of publication.

When Bendall was together, they were the epitome of young love with low-key dates and outings that they tried to keep out of the limelight. While Jenner could be spotted watching her bae play at 76ers games and they were seen hitting the town together on a number of occasions, it wasn’t until a visit to the Ellen DeGeneres show in February 2019 that she finally confirmed that yes, she and Simmons were an item. Unfortunately, the couple was reportedly taking time apart by mid-May, and they haven’t been spotted together (at least publicly) since. Elite Daily previously reached out to Jenner and Simmons’ reps regarding the reported breakup, but did not hear back.

If their split still has you feeling some type of way, fear not, because Simmons is now doing the social media equivalent of publicly announcing that his ex is still on his mind. Yep, according to People, eagle-eyed fans noticed that the 76ers player "liked" one of Jenner’s Instagram photos, and what makes the gesture even sweeter is that the post was a personal one that reflected on the model’s struggles with acne growing up.

"Acne isn’t just about what happens on the surface of your face,” Jenner captioned the Instagram photo, which she shared on Friday, June 21 and shows her rocking a lime green silk shirtdress. "During #AcneAwarenessMonth, @Proactiv is working to bring awareness to the emotional impact that acne can have of teens and young adults."

She continued, "If you are near Brooklyn, you can join Proactiv today at 12th and Berry St. to help #PaintPositivity."

Acne isn’t just about what happens on the surface of your face.  During #AcneAwarenessMonth, @Proactiv is working to bring awareness to the emotional impact that acne can have of teens and young adults. If you are near Brooklyn, you can join Proactiv today at 12th and Berry St. to help #PaintPositivity #becausewordsmatter.  More info here: http://proactv.us/paintpositivity #proactiv_ambassador

I’ll admit that this seemingly simple action is giving me a ray of hope that Bendall might not be done forever. After all, it sounded pretty final when an inside source told People on May 22, that "the relationship ran its course. She’s spending time with her friends and back to being in fun mode."

Now that cuffing season is behind us, I’m in full support of Jenner being in "fun mode" and enjoying herself this summer. After all, she’s only 23, and balancing a full-time modeling career and her Keeping Up with the Kardashians filming commitments. 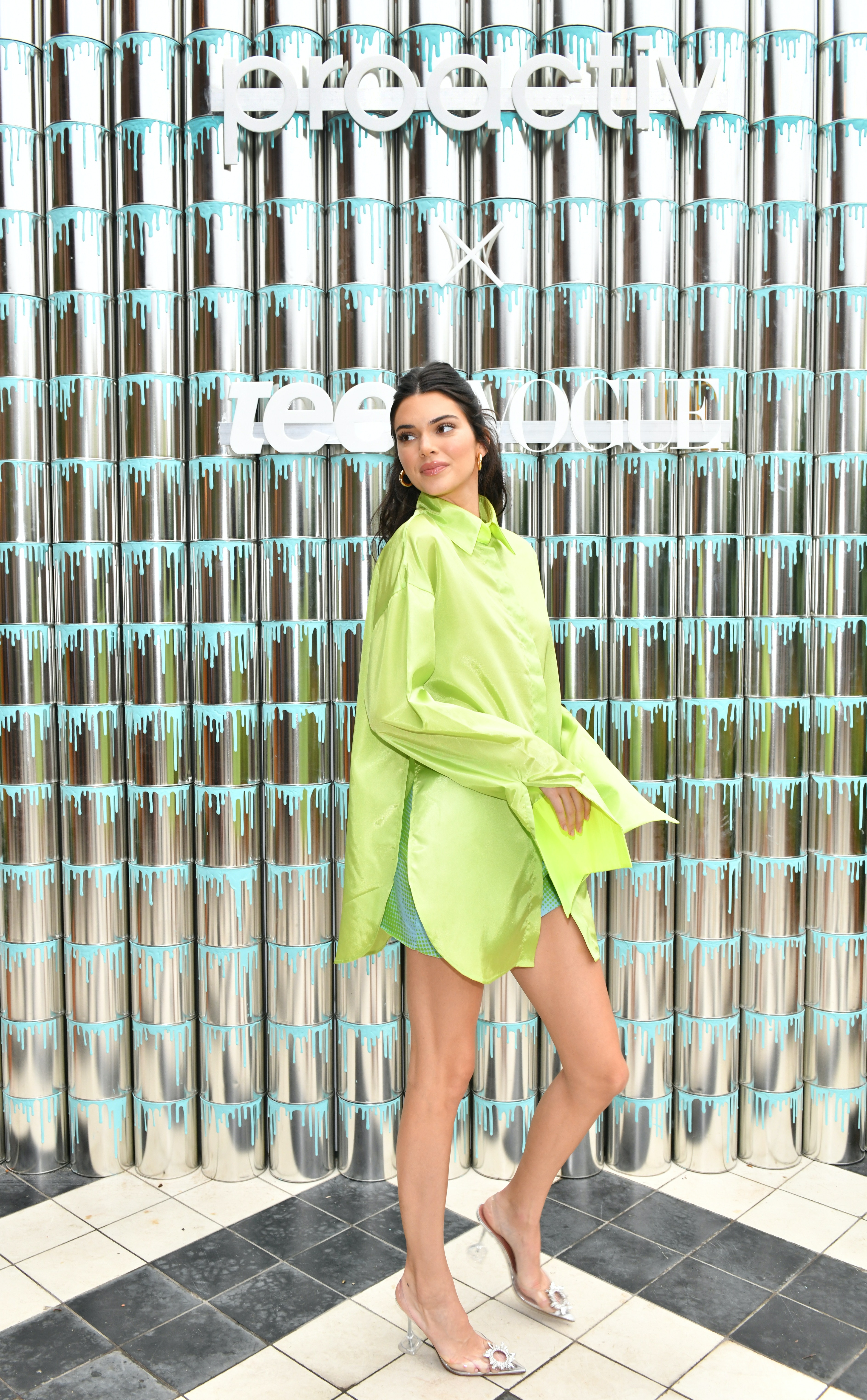 She previously told Vogue Australia about her decision to keep her relationship under wraps, "I’m very young and right now I feel like relationships aren’t always super-certain and I don’t want to bring too much attention to something if you don’t really know long term [what it’s going to be]."

"For me, a lot of things are very special and very sacred, like my friends and relationships, and I personally think that bringing things into the public makes everything so much messier," the supermodel continued, adding that she could "maybe" see Simmons being end game in the future.

So, could Bendall be a thing again down the road? Only time will tell, but I wouldn’t rule it out just yet.