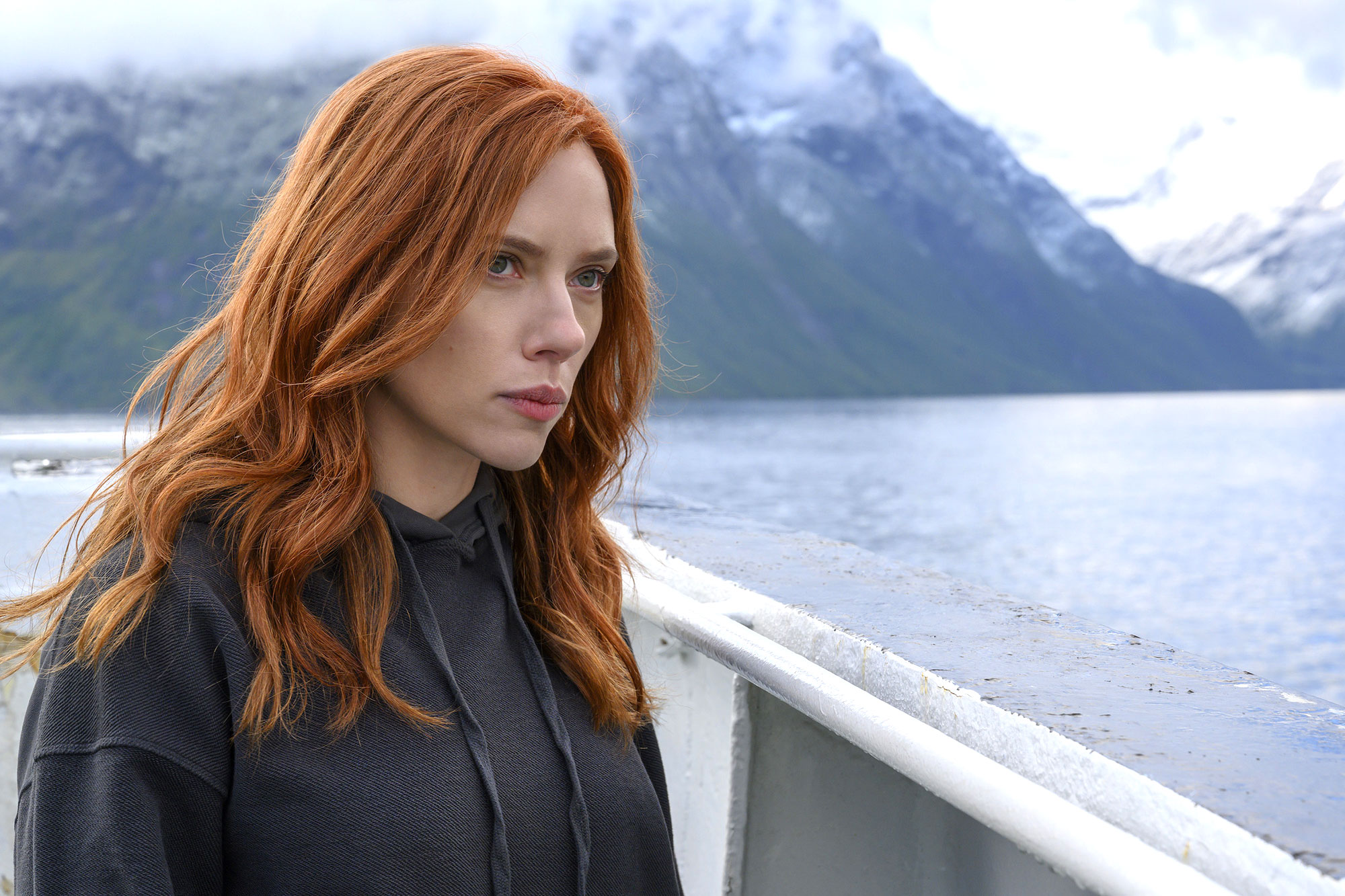 Mom on the move! Scarlett Johansson and Colin Jost‘s first child together may have arrived weeks before Us Weekly confirmed the news.

Deadline‘s Peter Bart and Mike Fleming Jr. discussed the drama surrounding Black Widow‘s theatrical release in a column published on Wednesday, August 18, claiming the 36-year-old actress was “in the hospital in labor” as Disney responded to her lawsuit, which she filed while “heavily pregnant.”

In court docs obtained by Us in July, the two-time Oscar nominee argued Black Widow didn’t perform as well as it could have at the box office if Disney hadn’t also offered fans the chance to stream the film at home amid the coronavirus pandemic. The media conglomerate responded to her filing on July 29, claiming there was “no merit” to her stance.

Us confirmed on Wednesday that Johansson and her husband, 39, welcomed their first child together, days after the Saturday Night Live star announced Johansson’s pregnancy during a comedy show in Connecticut. “We’re having a baby,” he told the crowd. “It’s exciting.”

The JoJo Rabbit actress is also the mother of daughter Rose, 6, whom she shares with ex-husband Romain Dauriac. The former couple split in 2017 after five years together.

Jost was first spotted getting cozy with the Tony winner at an afterparty following the season 42 finale of SNL in May 2017. Two years later, the Avengers star’s publicist confirmed the duo were engaged.

Before he popped the question, the Staten Island Summer writer was “head over heels for Scarlett,” a source told Us in February 2019. “He thinks she is incredible, kind, beautiful. He is beyond doting to her and loves showing her off when they’re out.”

The Marriage Story star was equally as smitten at the time. “They have talked about marriage and are fully committed to each other. Colin gets a starry-eyed look in his eyes when he talks about her,” the insider added. 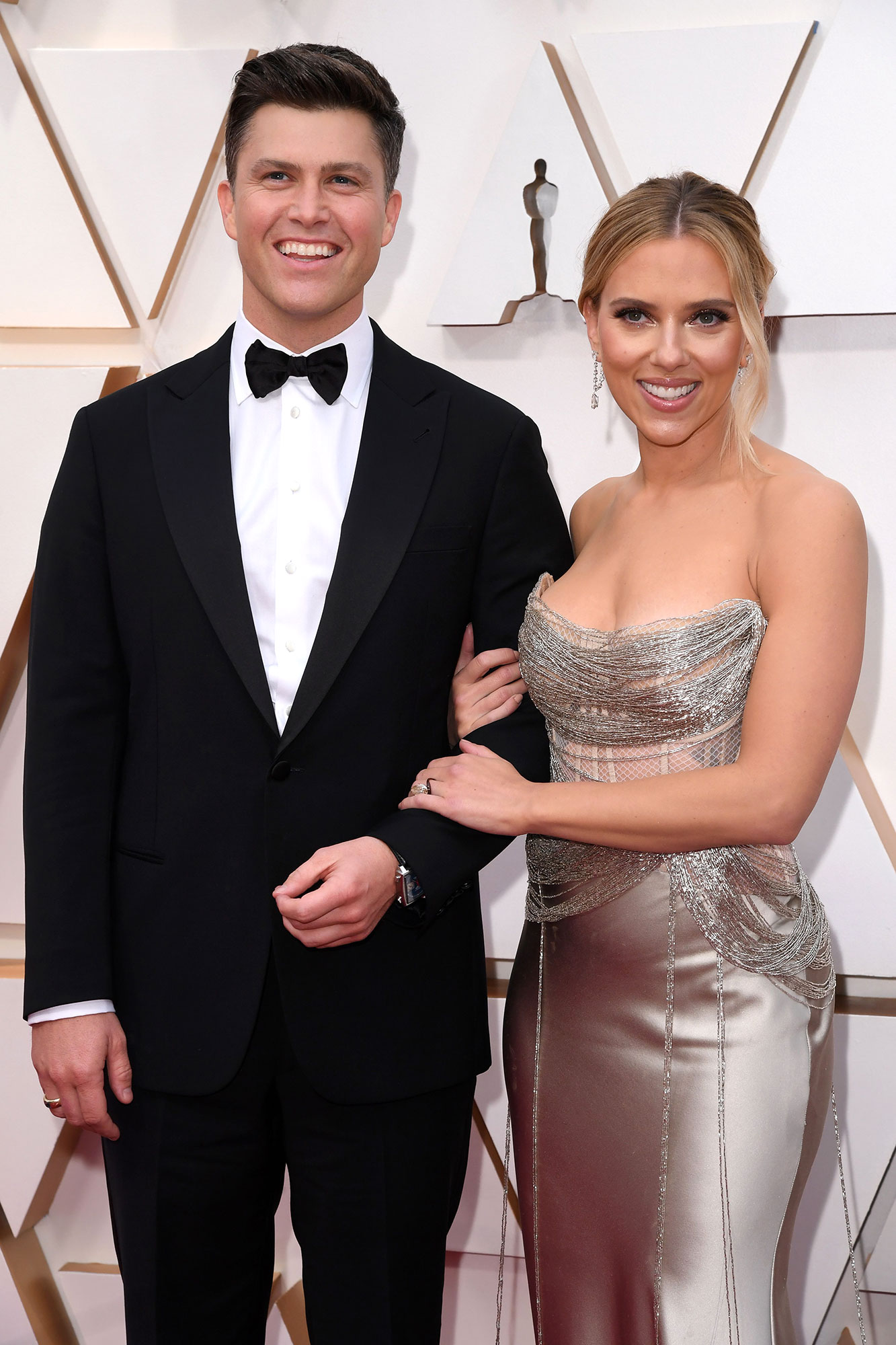 The couple quietly tied the knot in an “intimate ceremony,” the Meals on Wheels organization announced via Instagram in October 2020. “Their wedding wish is to help make a difference for vulnerable older adults during this difficult time by supporting @mealsonwheelsamerica,” the post continued. “Please consider donating to celebrate the happy couple by clicking the link in our bio.”

Johansson shared more details about the big day earlier this year, telling Seth Meyers in July it was “a little stressful” to plan the event during the COVID-19 crisis.

“Even though it was small and intimate, it was beautiful and we were so happy to see people that we hadn’t seen in such a long time. We just felt very fortunate to be able to get together like that,” she gushed. “It felt like it was sort of how it was supposed to be … minus face masks.”