A few years ago Natalie Kon-yu worked on a project at the Stella Prize to establish a diversity count in publishing. The idea was not dissimilar to the Stella's ongoing survey of gender bias in reviewing in various publications, but its ambition was never quite realised. But now she's planning something similar. The Victoria University lecturer reckons there is a lack of statistics that show the number of First Nation and People of Colour (FNPOC) writers published in Australia. 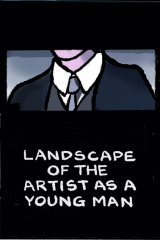 "What I'm hoping to find out is the rate of publication broadly of FNPOC within the Australian industry. And then I think having the numbers – we'd be looking at 2018 as the sample year – would allow us to do the kind of qualitative research that I'm more used to doing," she says. "The idea is to say this is where we're at, how can we do better, how can we make sure that books by authors from these marginalised backgrounds get published."

Kon-yu is very familiar with the complaint that readers from diverse cultural backgrounds have of not seeing their stories reflected in literature, "It wasn't until my early 20s and reading Arundhati Roy's God of Small Things that I went 'hold on, this is a familiar world to me'."

She said once the research establishes whether there is a problem – she's pretty sure there is – then some programs could be put in place to help address the issues.

"I'd be interested in establishing some mentorships. I'm particularly interested in women of colour and first nation writers because they are affected by the intersection of racism and sexism."

She believes more books by FNPOC writers would bring more people to an industry that has been going through something of a lean period recently. "I think we have nothing to lose by shaking the industry up a little bit."

If you're feeling the absence of a writers festival since Sydney finished and you're not embracing the two-plus months until Melbourne starts in late August, relief is at hand with a couple of smaller ones that are looming this month. Bellingen Readers and Writers Festival takes place next weekend (June 7-9) and has guests such as Kerry O'Brien, Marcia Langton, Henry Reynolds, Robert Drewe, and Rachel Ward. It seems to have a special focus on crime, with writers such as Holly Throsby, Mark Brandi, Christian White, Chris Hammer and J.P. Pomare popping up over the weekend (bellingenwritersfestival.com.au).

One big question is who will play George Johnston and Charmian Cluift when Nadia Tass, David Parker and Andrew Knight's film of Half the Perfect World goes into production. Paul Genoni and Tanya Dalziell's book tells of life on the Greek island of Hydra in the late fifties and early sixties, when there was a substantial influx of artists, writers and musicians. But perhaps the biggest question is who will play Leonard Cohen, who features prominently in the book.

Naomi Wolf's latest book, Outrages: Sex, Censorship and the Criminalisation of Love, has lived up to its title in some quarters over her misinterpretation of a crucial phrase in the historical documents detailing the fate of persons successfully prosecuted in Britain in the 19th century for homosexuality.

Wolf has acknowledged the errors and her Australian publisher has backed her, saying: "Hachette Australia and Virago (the imprint under which it is published) stand by their author Naomi Wolf and the thesis of her book Outrages, which is based on her Oxford PHD. With Naomi Wolf and her American publisher Houghton Mifflin, we will make any necessary corrections."

Former Hachette Australia managing director, Malcolm Edwards, is retiring after beginning in publishing with Gollancz in Britain in 1976. He has most recently been the chair of Gollancz and a consultant to Orion since returning to Britain. During his spell in Australia, initially as MD of Hodder Headline, which was taken over by Hachette, he was always happy to talk quite candidly.

When Penguin and Random House announced their merger seven years ago he told Bookmarks the move was good for the industry because "the balance has gone the wrong way in that we have an unbelievably dominant retailer, which is threatening the very fabric of creativity.

"If you believe in monopolies and totalitarian states then you probably wouldn't think it was a bad idea, but I think when you've got in the US and UK [a situation where] Amazon would have something like 80 per cent of the e-book market, that can't be good. On a business level, a lack of competition is not in the consumer's interest."

If you're a writer with a project dealing with health, wellbeing, food, ageing, social disadvantage and cultural identity then you might be interested in the Judy Harris Writer in Residence Fellowship at the University of Sydney's Charles Perkins Centre.

The residency offers a grant of $100,000 and working space. Charlotte Wood was the first writer to receive the fellowship, followed by Mireille Juchau and Alana Valentine. This year has been the turn of Emily Maguire. Applications close on June 24. Further details: sydney.edu.au/charles-perkins-centre