T.S. Eliot stays in control … from the grave

Miles Franklin-winning writer Steven Carroll has written three novels about T. S. Eliot and so was understandably intrigued by the opening up of the Princeton University stash of 1131 letters written by the great poet to the love of his youth, Emily Hale.

There was also a surprise – a statement by Eliot written before his death in 1965 in which he said Hale didn’t read his poetry, was only interested in his reputation not his work, and would have killed the poet in him had they married. And he added their relationship was never consummated. But Carroll said he was not surprised by Eliot’s statement: ‘‘He was always mindful of his name and reputation, paranoid of intrusive biographies about him, and always with an eye on posterity. Even from the grave he’s orchestrating how he will be perceived by posterity.’’ 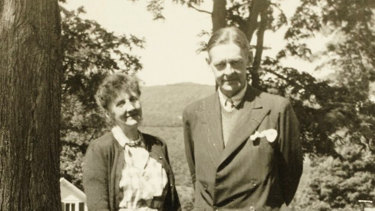 Carroll said he thought Eliot was being a bit unfair on Hale. ‘‘It is reflective of the bitterness at the end of their relationship. And it’s fair to say that after he was married a second time and happy he basically ceased being a poet.’’ The fluctuating relationship between the happiness of the artist and the quality of the art produced is something that Carroll ponders when he has Hale musing on her relationship with Eliot in his 2017 novel, A New England Affair.

A debt to Sonny Mehta

Allen & Unwin publisher Jane Palfreyman says she has a lot to thank Sonny Mehta for. The head of Knopf in New York died last week and left behind a massive reputation and many grieving authors. 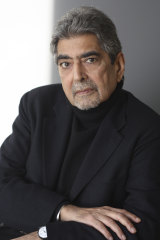 Among those on his list were Toni Morrison, Cormac McCarthy, Chimamanda Ngozi Adichie, Peter Carey, Salman Rushdie and Carl Hiaasen. In his early days, Mehta published The Female Eunuch by Germaine Greer, and when he ran Picador in Britain in the ’70s he turned it into the most exciting paperback imprint with the likes of Ian McEwan and Graham Swift.

Palfreyman first encountered him in 1994 when he came to Australia and ‘‘plucked me out of obscurity to be the first publishing director of Random House with a brief to establish an Australian list’’. Palfreyman was only 33 at the time. Mehta suggested they and Random’s Brian Davies should meet for a drink at the Bayswater Brasserie the day after the Australian Book Industry Awards dinner. ‘‘It was only about half the way through that I realised it was an interview, but it was a joy of an interview.’’

Palfreyman said Mehta was an amazing publisher. ‘‘Anyone would kill to have his list, but he was unashamedly commercial in the best way. He was proud of people like Michael Crichton and Dean Koontz and their sales, as well as writers such as Edwidge Danticat. He never forgot that it was his job to make money, not just introduce great art into the world.’’ One of the great things that Mehta did was to allow Palfreyman to start an Australian Knopf list – the only place outside the US where the imprint appeared. And, she said, he employed silence as a kind of weapon. ‘‘It could be terrifying; it so unnerved people.’’ But she said she learned a lot about publishing from him. ‘‘He was so kind. His lessons were never didactic. They were always amazing stories.’’

A more recent publishing director at Random House Australia, Nikki Christer, used to see Mehta on her annual trips to New York. Invariably they would head to Brasserie Cognac on Broadway near Mehta’s office. ‘‘If you were lucky enough to get him on a story, it could go for hours.’’ 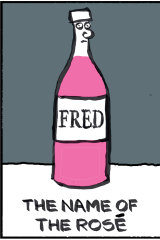 Christer said he offered great, sage advice. She said Mehta was always passionate about authors. ‘‘I remember him enthusing to Dan Franklin of Jonathan Cape about (Miles Franklin winner) Evie Wyld, telling him he’d read this fantastic book, After the Fire, A Still Small Voice. But Dan already knew about her; Evie had some family connection with him.’’

The origins of a classic

In her unauthorised biography of Germaine Greer, Greer: Untamed Shrew, Chris Wallace tells the story of Greer’s lunch with Mehta, her friend from Cambridge University, who was then very early in his career as a publisher. He told her he wanted some ideas for a book by her. ‘‘She rattled off a few and then told him how her ‘dumb agent’ had suggested she write a book about female suffrage. Germaine flew into a rage attacking the idea. When the rage had exhausted itself, Mehta said to her, ‘That’s the book I want’, and suggested they go back to his office and sign a contract. ‘Sonny, you’ll never sell it,’ Germaine protested. ‘No, no, no!’ he persisted, sealing the deal with a £750 advance, one-third of which she received on signature.’’ That was the start of The Female Eunuch.