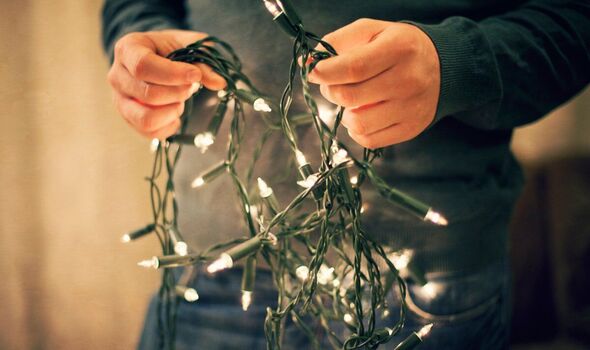 More than half (54 percent) will invest in new trimmings for the home every winter, spending £51.30 each year keeping their displays looking current and fresh.

This brings the lifetime spend on Christmas decorations to a total of £4,150 each.

It also emerged they pull an average of six crackers, and fill four stockings with gifts each year.

A spokesman for Lottoland.co.uk, which commissioned the research in honour of its annual Christmas Lottery, said: “It’s amazing to see how many Christmas decorations we get through in our lifetime, and even more so that people are buying new trimmings every year.

“Lots of people see decorating the house as a big family activity that brings everyone together, which is probably why all we invest so much time and effort into it.

“There are so many other things that bring people together at this time – such as the good food, parties, and we even see people buying Christmas lottery tickets in groups over the festive period.”

The study also found 60 percent of those who celebrate Christmas put up decorations every year without fail.

And while 54 percent revel in trying out new lights and tinsel combinations each year, 27 percent have kept hold of their classics – and still display decorations from the 1970s or earlier.

But despite wanting to make sure their home is at its festive best, 35 percent are making efforts to reduce the impact on the Christmas coffers this year.

As a result, decorations are low on the priorities list for many – with eight percent taking aim at their fairy lights budget.

Reducing the amount spent on gifts is the prime candidate for cost-reduction, with 12 percent vowing to get savvier with their gifting.

And 10 percent of those polled, via OnePoll.com, think they could make some changes to the Christmas food shop to save some pennies – as long as the roast potatoes stay.

Turning their minds to Christmas dinner, 28 percent think the crispy carbohydrates are the highlight of the meal, while 24 percent prefer roast turkey.

Pigs in blankets are a treat for 21 percent – but carrots (six percent), mint sauce (six percent), and the unspectacular addition of peas (four percent) struggle to make an impact on festive dining.

A third are also making the effort to be more environmentally friendly and socially conscious with their Christmas habits this year – with an aim to eat less meat, buy less plastic, and use eco-friendly wrapping paper.

Lottoland’s spokesman added: “Between fairy lights and tinsel, wrapping paper and cards, there is a lot of plastic and paper being produced at Christmas time, and it’s really fantastic to see that a third of Brits are making efforts to be greener this year.

“Even small changes can make a difference when everybody gets involved, and we can promise it won’t diminish any of that Christmas magic.”

To find out more about the Christmas Lottery, drawn on December 22nd, visit here.