Besties together! As Brittany Snow and Paul Wesley navigate their respective breakups, they found solace in their friendship.

Costars Reunited Through the Years

“When you have the best guy friends in the world,” the Pitch Perfect star, 36, gushed via Instagram Story on Friday, September 23. “Thank you my big (taller) brothers. I love u @kidcudi @paulwesley.”

Snow captured several moments from the trio’s night out onto her Story, including one as she joined Wesley, 40, and Kid Cudi for a cocktail. 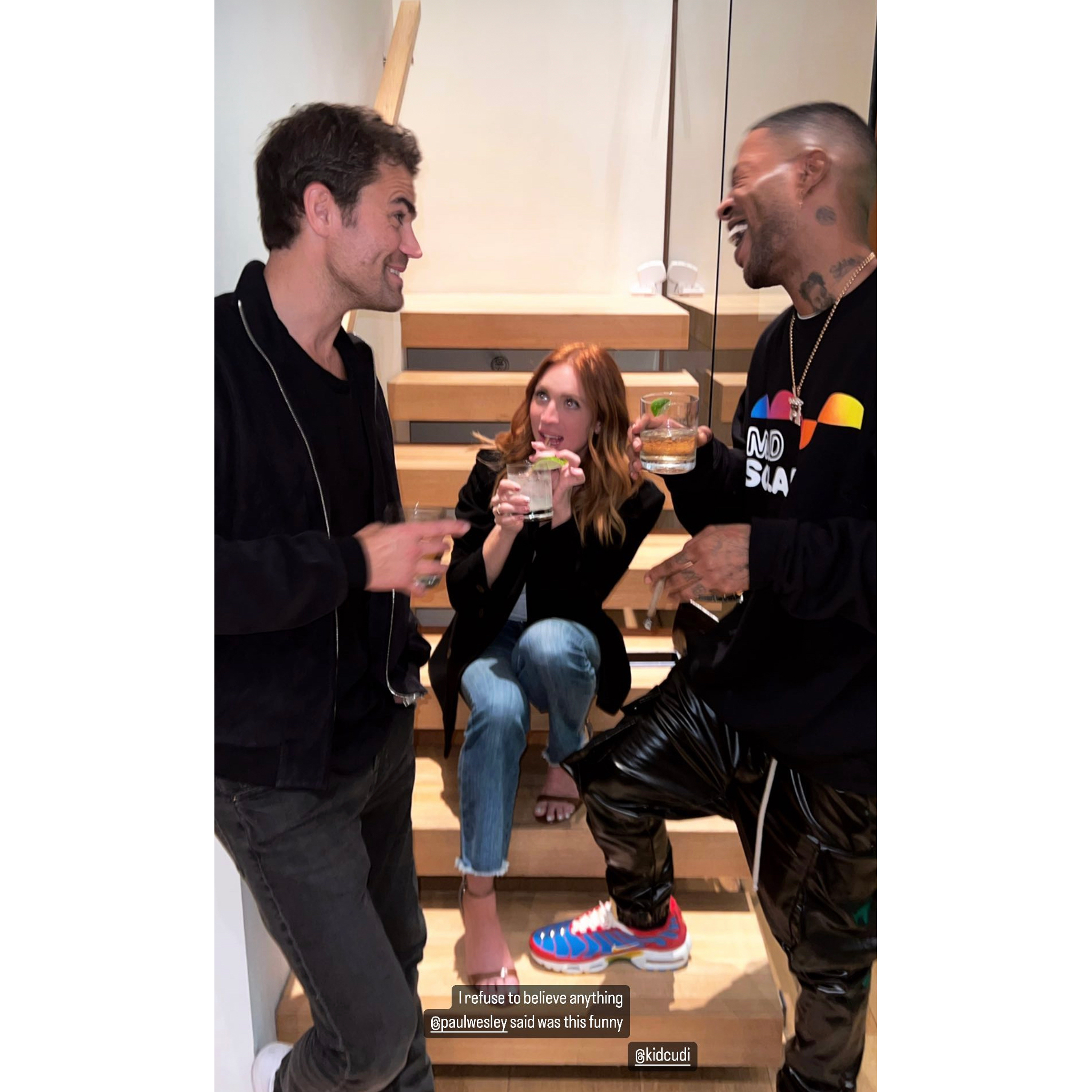 “I refuse to believe anything @paulwesley said was this funny,” the Florida native teased her pal, sharing a second snap of the “Erase Me” rapper, 38, mid-laugh.

Celebrity Splits of 2022: Stars Who Broke Up This Year

Snow announced earlier this month that she and her husband, Tyler Stanaland, had separated after two years of marriage.

“After time and consideration, Tyler and I have made the difficult decision to separate. This decision was made with love and mutual respect for one another,”  the Almost Family alum wrote via Instagram on September 14. “We have realized we need to take some time and make sure we are each living our most fulfilling and authentic lives. We started this journey as best friends and our relationship will continue to be a priority not only for us but for our dog Charlie. We sincerely appreciate your support and ask for privacy as we navigate this new chapter.”

The Selling the OC personality, 31, shared an identical statement via his Instagram account as Snow’s famous friends shared their support.

“Love you Brit ❤️,” Snow’s fellow Barden Bella Rebel Wilson replied. Vanessa Hudgens, for her part, noted that she was “sending” her so much love.

Snow’s breakup came less than one week before the Vampire Diaries alum — who previously costarred with the actress on Guiding Light in 2000 — split from his wife, Ines de Ramon, after three years of marriage.

“The decision to separate is mutual and occurred 5 months ago. They request privacy at this time,” a rep for the Brothers Bond Bourbon cofounder told Us Weekly in a Monday, September 19, statement.

Celebrity BFFs Through the Years

While neither Wesley nor the 29-year-old health coach have publicly addressed their breakup, he was spotted without his wedding ring during an August outing in New York.

As both Snow and Wesley privately navigate their respective divorces, they couldn’t help but reminisce over their shared soap opera past during their get-together.

“So, we are the same people 23 years later, yikes,” Snow quipped via Instagram Story on Friday, sharing a throwback clip of the twosome acting together on Guiding Light.

On the CBS soap, Snow played Susan “Daisy” Lemay, who was the adopted daughter of Jim Lemay (portrayed by the late Anthony Addabbo), for several years. Throughout her tenure on the series, Snow’s Daisy notably dated Wesley’s Maxwell “Max” Nickerson Jacobs after he joined the cast in 1999. Wesley’s role on Guiding Light only lasted one year while Snow continued until 2001.