The man said he came for “sex, obviously.”

Hours after pranking Noah Beck with a fake invasion of stalker fans — Bryce Hall encountered a very real one.

Posting the unsettling incident on YouTube, the 21-year-old revealed that the same man had actually managed to gain access to the mansion weeks earlier, having somehow snuck through the front gate in his car. 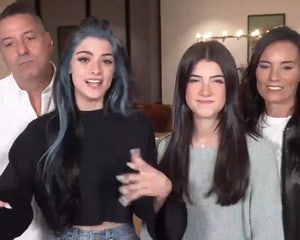 D'Amelio Family Gives Back To Fans With $10k A Day Giveaway

Instead of immediately calling the police, Beck and his crew went to confront the man… and learned he had been there more than twice.

“What did you come her for?” Beck asks the man sat on the curb. “Sex, obviously” he replies. “I want a cig, I want to party.”

When asked how many times he’d been there before, he replied “Thousands, dude. I was here on Christmas Day.”

Hall seemed to find the whole thing rather amusing, until his fan hit him with a hard truth: “No offense to the camera dude, but you look way hotter on camera.”

“I’m gonna wait for the cops to f—— arrest your dumbass now,” Hall snapped back.

The Sway boys further grilled him as he appeared to spill several lies, claiming to be 21, but born in 1981. He also claimed he had previously had sex in that very house, but a “long time ago” in 1988… which depending on which age was correct, meant he was either seven years old at the time or not even born yet. 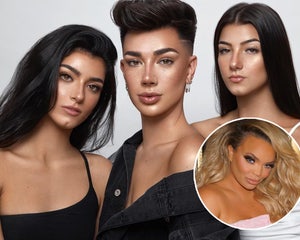 He goes on to tell the group he travels to the house five days a week, and uses binoculars to spy on them.

He also seemed to be under the impression that Blake Gray had promised him they would have sex next time he returned.

“It was funny at first but now it’s just getting weird,” Hall says, as they check their phones to see if there’s any indication when the police will arrive.

“Do you guys wanna do this on the couch and do this interview, cause I gotta go dude,” the man insists getting up, but the boys refuse to let him go, forcing him to sit back down.

The video ends with the police arriving to take the intruder away.

“I’m going to bed now knowing that someone’s not looking at me through my window,” Hall declares, as the vid’s caption has the last word: “Please don’t come to our house.” 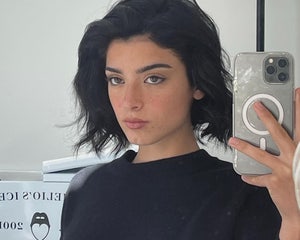