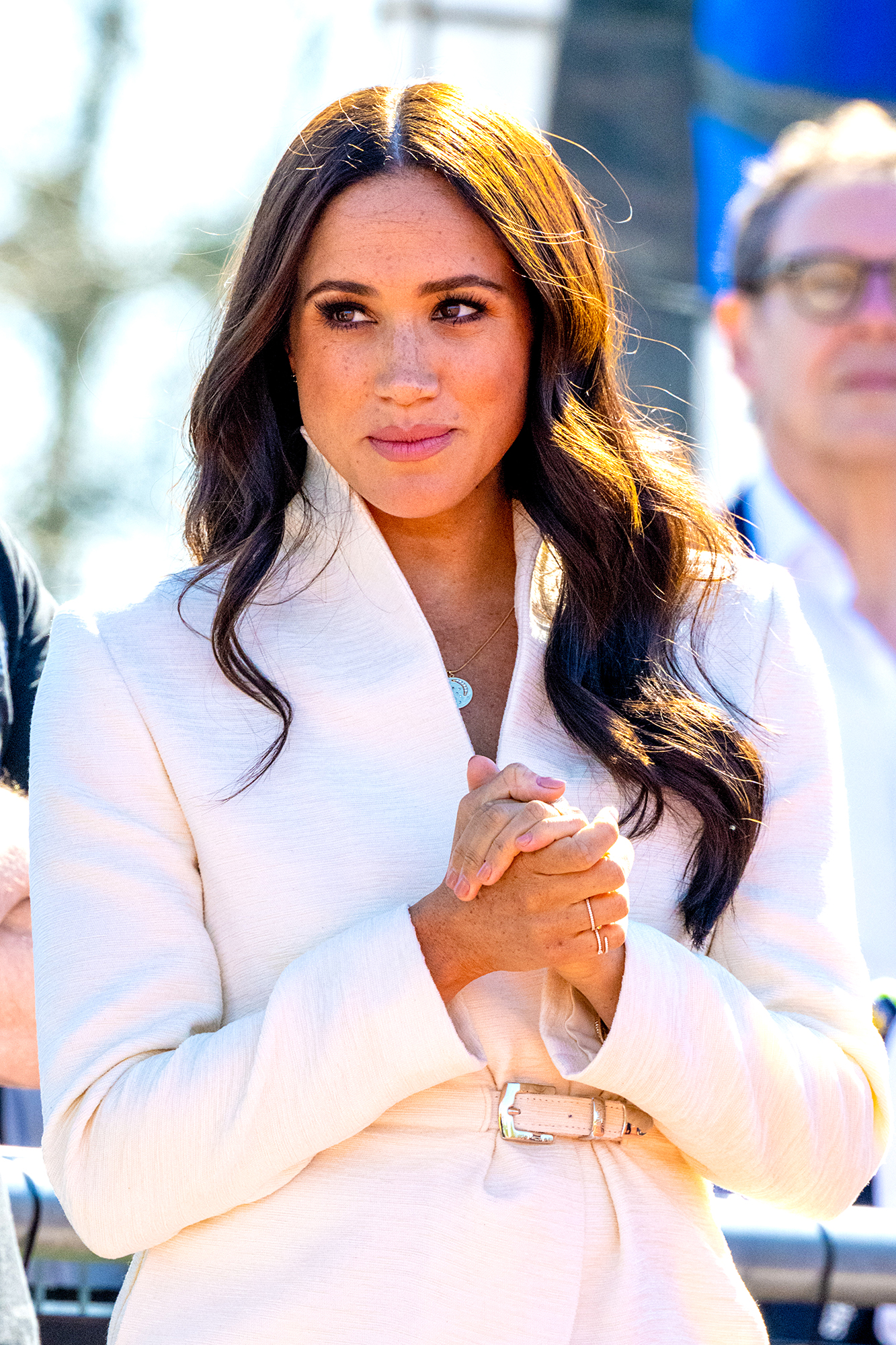 Dead on arrival. Pearl, the animated series created by Meghan Markle, will not air after all amid cuts at Netflix.

The Duchess of Sussex, 40, was set to executive produce the series alongside David Furnish, Elton John‘s husband. However, the series has been canceled as Netflix makes cuts, Deadline reported on Sunday, May 1. The streamer is reeling after their stock dropped in response to a recent drop in subscribers, and Pearl is one of several projects in development that they pumped the brakes on.

Pearl was announced in August 2021 as one of the first projects from Archewell Productions, Meghan and Prince Harry‘s media company.

“Like many girls her age, our heroine Pearl is on a journey of self-discovery as she tries to overcome life’s daily challenges. I’m thrilled that Archewell Productions, partnered with the powerhouse platform of Netflix and these incredible producers, will together bring you this new animated series, which celebrates extraordinary women throughout history,” the Suits alum said in a press release at the time. “David Furnish and I have been eager to bring this special series to light, and I am delighted we are able to announce it today.”

Deadline notes that Pearl hadn’t gone into production yet and was still in the development phase. Archewell is still developing several other projects including The Heart of Invictus, a docuseries about the veterans competing in the Invictus Games, an event championed by the Duke of Sussex, 37.

Meghan and Harry, who married in 2018, signed a multi-year overall deal with Netflix in September 2020 after being offered nearly $100 million, sources told Us Weekly at the time. Archewell Productions, their company, is set to create original content such as documentaries, movies, TV shows and children’s programming.

“Our lives, both independent of each other, and as a couple have allowed us to understand the power of the human spirit: of courage, resilience and the need for connection,” the couple said in a statement at the time. “Through our work with diverse communities and their environments, to shining a light on people and causes around the world, our focus will be on creating content that informs but also gives hope.”

The Netflix announcement was followed by a Spotify deal, estimated to be worth over $20 million. The business agreements came months after they stepped down from their duties as senior royals, and they had to find ways to be financially independent.

During their March 2021 CBS interview, the pair reflected on the need for their rich business ventures. “My family literally cut me off financially, and I had to afford security for us,” the England native said at the time. “[I was cut off] in the first quarter of 2020. But I’ve got what my mom [Princess Diana] left me and without that, we would not have been able to do this.”

He added that they needed income for their security detail, which his family no longer provided after moving to Montecito, California. “During COVID, the suggestion by a friend was, ‘What about streamers?’ … We hadn’t thought about it,” the duke explained. “So, there were all sorts of different options. And look, from my perspective, all I needed was enough money to be able to pay for security to keep my family safe.”