Carrie Fisher and Harrison Ford both became superstars due to their roles in Star Wars. Ford won over many fans as the smuggler Han Solo, while Fisher became an icon to many women with her role as Princess Leia. Outside of Star Wars, the two have had very different careers, leading to one having a higher net worth than the other. Here is the net worth difference between Carrie Fisher and Harrison Ford.

Fisher was born to Hollywood royalty as she was the daughter of Debbie Reynolds, star of Singin’ in the Rain. Her first big role came in 1975 with Shampoo. Once she played Leia in Star Wars, she became a huge star as Star Wars became a box office smash. Fisher played Leia in the original trilogy and in Disney’s sequel trilogy.

Ford started his acting career with many small roles in several movies and TV shows. His first major role was in American Graffiti, which also happened to be directed by Star Wars creator George Lucas. Lucas then cast him as Han Solo in Star Wars and the rest is history. Despite only being paid $10,000 for the first movie, playing Han Solo has resulted in Ford making millions.

Harrison Ford has a much higher net worth than Carrie Fisher 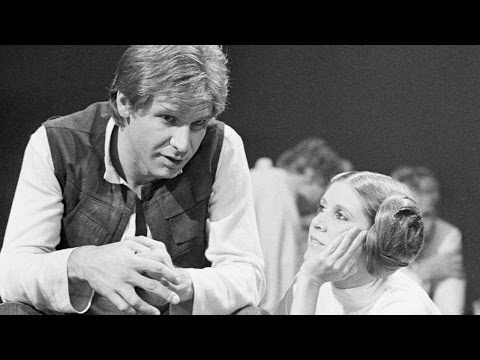 According to Celebrity Net Worth, Ford has amassed a net worth of $300 million in his long acting career. Fisher’s was a lot lower at the time of her death, but it’s still at an impressive $25 million.

Ford has far and away the highest net worth of any Star Wars actor. The only actor who comes close is Samuel L. Jackson, who has a net worth of $250 million. Jackson played Mace Windu in the prequel trilogy, but he also has a large filmography with many high-profile roles. Outside of Star Wars, Fisher hasn’t been in many other blockbuster movies like Ford has.

How did Ford and Fisher each build their net worth?

Star Wars has given a massive contribution to building the net worths of both Ford and Fisher. Outside of that franchise, Ford has been in many popular movies, notably the Indiana Jones franchise. His leading role as Indiana Jones has earned him millions and he is still continuing to reprise the role.

Additionally, Ford has been in movies like Blade Runner, Patriot Games, Air Force One, Witness, The Fugitive, Apocalypse Now, and The Call of the Wild.

Fisher wasn’t in as many movies as Ford, but she still was busy. Fisher had roles in movies like The Blues Brothers, Hannah and Her Sisters, Drop Dead Fred, When Harry Met Sally, and Austin Powers: International Man of Mystery. She also had roles in many TV shows like Sex and the City, Family Guy, 30 Rock, and Entourage.

Fisher also had success as a screenplay writer with Postcards from the Edge, which is based on a semi-autobiographical novel written by Fisher. She worked on several screenplays including Hook, The Wedding Singer, and Sister Act.