Her latest win comes less than a week after she picked up the same award at the Golden Globes and, though nominations are yet to be announced, bodes well for her chances at the Academy Awards in March. 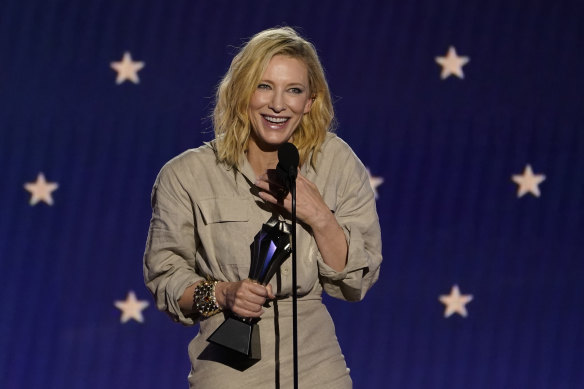 While accepting the award, however, Blanchett was eager to share the acclaim with the other women nominated in her category which included Michelle Yeoh, Viola Davis, Margot Robbie, Danielle Deadwyler and Michelle Williams.

“What is this? It’s this patriarchal pyramid where someone stands up here,” she said, laughing. “Why don’t we just say there is a whole raft of female performances that are in concert and in dialogue with one another.”

“[We should] stop the televised horse race of it all because can I tell you every single woman with a television, film, advertising, tampon commercials, whatever, you’re all out there doing amazing work that is inspiring me continually.