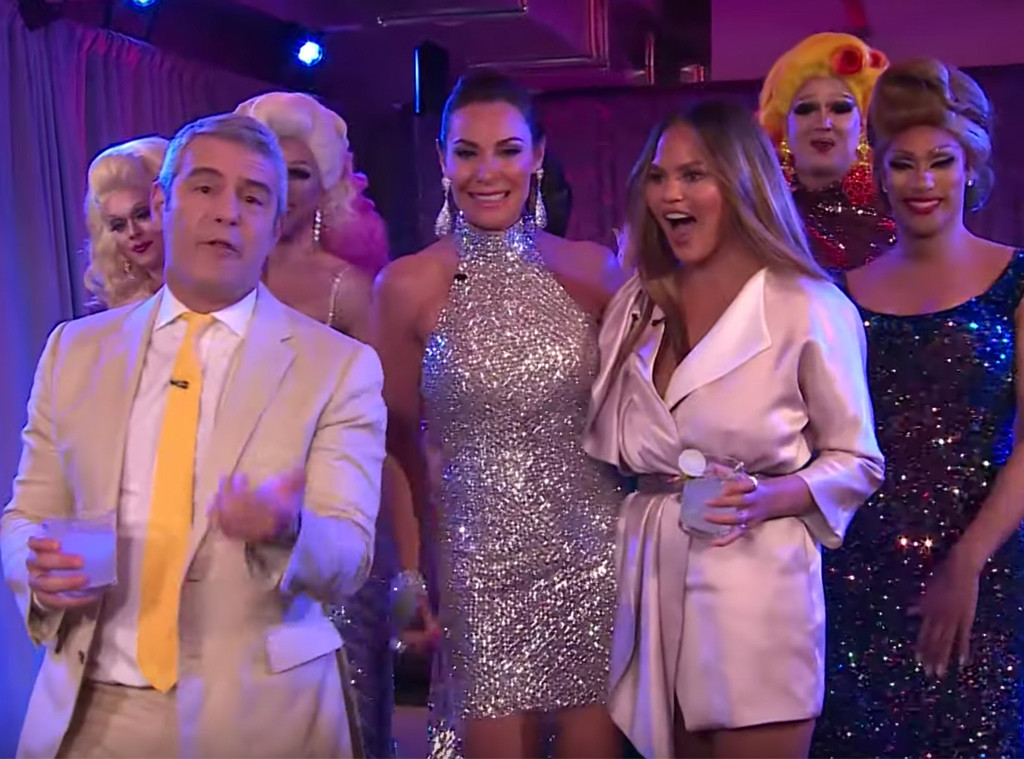 Luann de Lesseps performed her new single on Thursday’s episode of Watch What Happens Live With Andy Cohen, and the Lip Sync Battle host danced throughout the show.

The Real Housewives of New York City star took to the Bravo Clubhouse stage in New York wearing a sparkly minidress by, of course, Jovani. As she sang her song, drag queens walked onto the stage and modeled glittering gowns by the same designer.

“Incredible!” Teigen said once the show was over. “The sparkle—oh my gosh! I’m flippin’ out. Honestly, I couldn’t believe that was happening right in front of me. I’m dying.”

Of course, this should come as no surprise to any of the cookbook author’s fans. Over the past few months, Teigen has shared Instagram videos of her donning the same Jovani fashions that both de Lesseps and co-star Dorinda Medley wore on their Bravo show.

The performance was a big one as it took place on the 10th anniversary of Andy Cohen‘s late-night show.

It looks fabulous on you @chrissyteigen ?❤️ Love you! @jovanifashions

It looks fabulous on you @chrissyteigen ?❤️ Love you! @jovanifashions

Watch the video to see the show.

(E! and Bravo are both part of NBCUniversal).