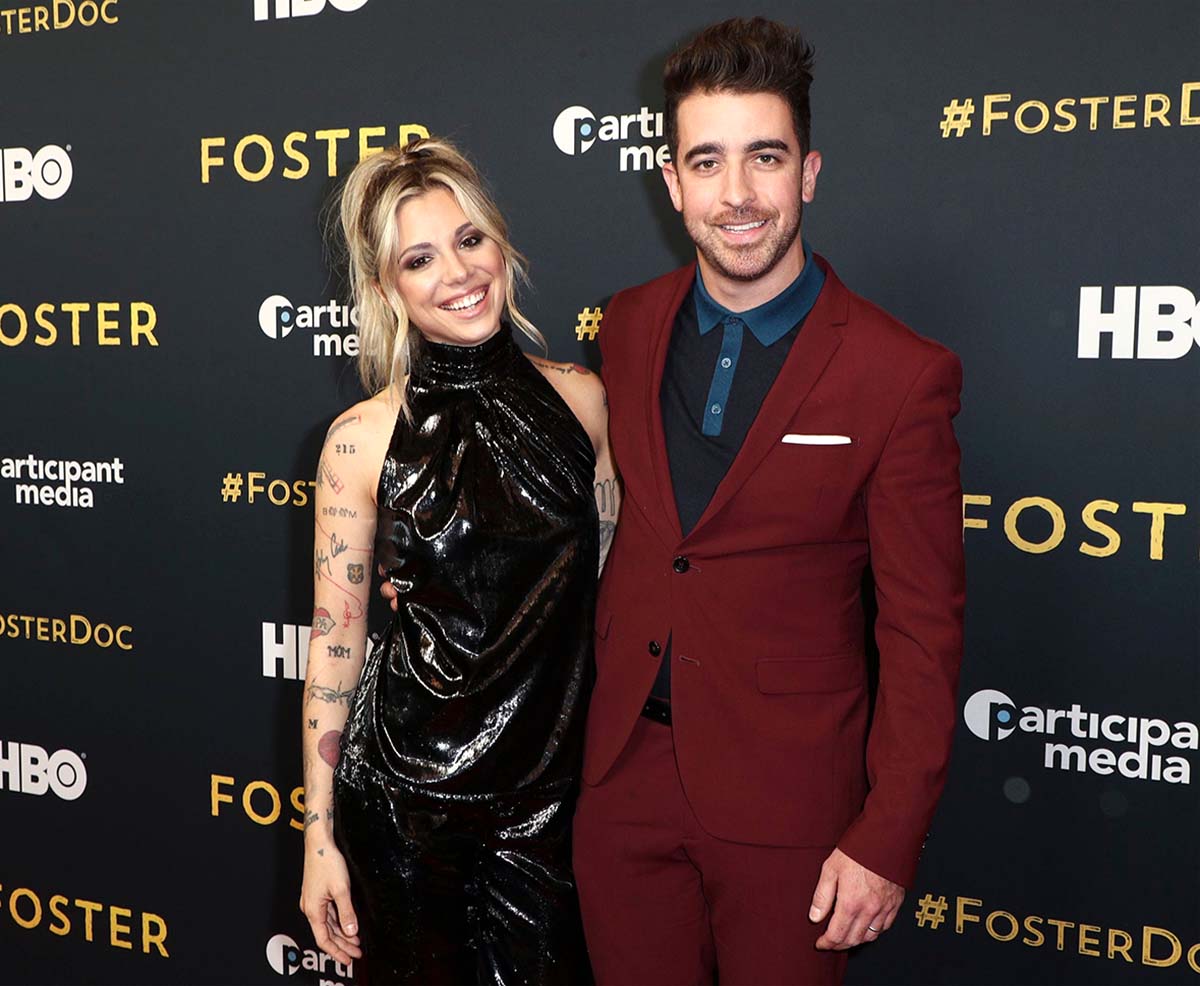 Christina Perri is pregnant! The “A Thousand Years” singer shared both her pregnancy announcement and sex reveal with fans in a heartwarming video.

“Rosie sent carmella a little sister and we’re very excited,” the “Jar of Hearts” artist, 35, wrote via Instagram on Monday, May 23. “We’ve been having all the feelings, but mostly trying everyday to choose joy🌸.”

Perri’s joyous announcement begins with the camera panning over a brick pathway littered with pale pink roses, reaching a box on the front step tied with a pink balloon. The singer-songwriter’s 4-year-old daughter, Carmella — whom she shares with husband Paul Costabile — runs out the door in a rainbow tutu and excitedly unwraps the gift and pulls out sonogram photos, grinning widely.

“It’s in my belly!” Perri gasps excitedly, as Carmella throws pink confetti in the air and Costabile, 34, smiles and puts his hand on his wife’s stomach.

The singer’s pregnancy announcement comes two and a half years after suffering a miscarriage in January 2020 and a year and a half after she suffered a devastating pregnancy loss in November 2020 when her second daughter, Rosie, was stillborn.

“Last night we lost our baby girl,” Perri wrote via Instagram that November, alongside a photo of her and her husband holding the baby’s hand. “She was born silent after fighting so hard to make it to our world. She is at peace now and will live forever in our hearts.”

Eight months later, the “Mothers” singer spoke candidly about the loss of their child.

“When we lost our daughter last November I thought I would never be OK again. I thought I would never laugh or play again or dance again or love again… and for lots of months I didn’t,” she wrote via her Instagram Stories in July 2021. “But then I started trying to heal and learn how to live with the pain and grief right along side of the love & joy. How to find even the tiniest purpose in our tragedy and to find something to learn and grow from and grow towards.”

Perri released Songs for Rosie, a cover album of lullabies, in November 2021 to honor her late daughter.

“I had these songs picked out already, but they all took on different meanings [after the loss of Rosie],” the Pennsylvania native, who previously released a lullaby album for Carmella, explained on Today at the time.

Bumping Along! Celebs Show Off Baby Bellies in 2022

Though it was difficult to share the news of her baby’s stillbirth, Perri told the outlet that the outpouring of support and messages from fans who have also been through such loss have helped her heal.

“It’s almost like I opened a door and so many people are jumping in,” she said. “It is heartbreaking, but it’s unifying when we’re all talking about our own healing.”