The actress discusses making the switch from baring all with her boyfriend Finneas on vlogs to costarring with Patton Oswalt in the upcoming film I Love My Dad—and why she’ll never ditch YouTube. 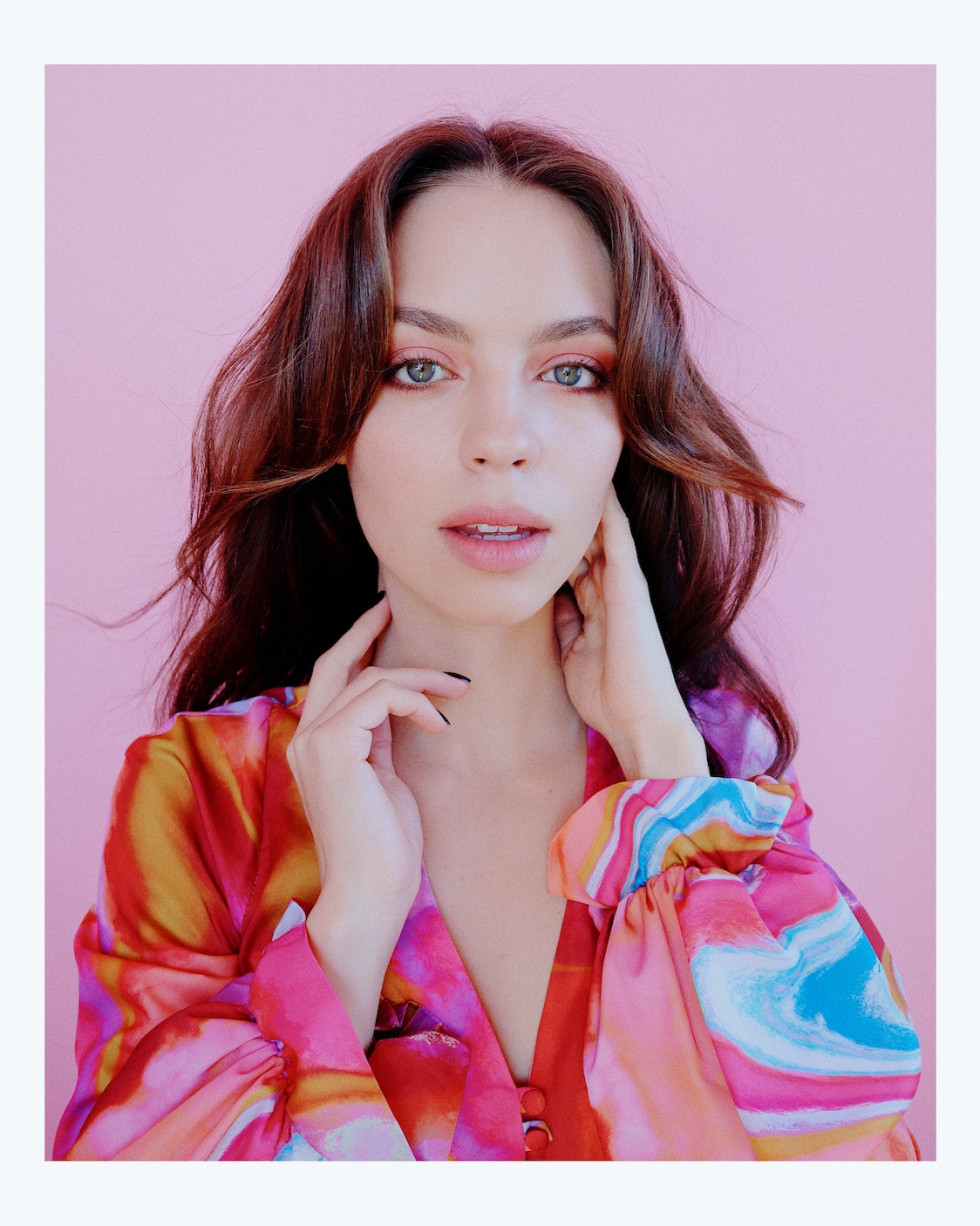 In 2016, Claudia Sulewski was on set filming the digital series The Commute when she overheard a crew member mention moving a piece of tape that was reflecting a glare into the camera. The actress quickly stepped in to move the tape herself—only to be told, politely but firmly, that she should probably leave the production fixes to, well, the production team.

“They’re like, ‘Thank you so much, but please, you do not worry about this,’” Sulewski recounts, laughing as we speak over Zoom. “And I’m like, ‘no no no, it’s fine, it’s fine!’”

Her desire to help wasn’t purely altruistic. Having spent the last 12 years making YouTube videos about her life for nearly 2.5 million subscribers, Sulewski is used to playing the roles of star, writer, director, producer, and editor all at once. Lighting issues? She can handle those in her sleep, while also casually piecing together footage, finding the right angle, and adding just the right caption to gain a few hundred thousand views a pop (and that’s not even mentioning her Instagram, whose 2 million-plus followers obsess over every glamour shot and red carpet selfie with longtime boyfriend Finneas she posts).

Acting, though, is a whole other ballgame. While the 25-year-old has come a long way since those early TV shows—her first major movie role, in the Patton Oswalt-starring dramedy I Love My Dad, arrives next year—she’s still figuring out how to balance the different facets of her career. There’s Sulewski the industry veteran, totally at ease both in front of a camera and behind-the-scenes, and then there’s the Sulewski who felt such self-described “imposter syndrome” the first day of filming Dad that she briefly wondered if she deserved to be there at all. As shooting went on, her fears faded—“maybe that was survival mode, maybe that was [my] body taking all the nerves out and being like, No, we can’t have those right now,” she muses—but the question remained: Could a person who’d found massive success by exacting complete control over every aspect of her image suddenly be okay with letting someone else take the reins?

Sulewski, for her part, believes the answer is yes. “Trusting that everyone around you is just as down to make this as best as possible” isn’t always easy, she says (see: the awkwardness of the tape-glare incident). But at the same time, the need to put that faith in others, not just in herself, is exactly what makes acting so appealing for her.

“With YouTube, all arrows point this way, in terms of what is being said and what is being shown and how intimate and personal videos tend to be. And [movies are] the opposite,” she says.

Knowing that she lacked the same extensive acting experience as many of her peers due to her unconventional start (“Through middle school and high school, I spent all of my nights and days editing YouTube videos and filming in my bedroom, versus going to classes or going to theater,” she explains), Sulewski has spent the last few years enrolling in acting courses and auditioned for as many jobs as she can. For I Love My Dad, she underwent a lengthy auditioning process, sending in numerous self-tapes and partaking in chemistry reads until director James Morosini (American Horror Story) felt satisfied she was the one for the part. Sulewski landed the role of Becca, a waitress whom Oswalt’s character impersonates in order to reconnect with his estranged son, the very day before production began.

The only downside? Having to wait months for the world to see the results of that hard work, especially since she’s so used to the instant turnaround of YouTube videos. “I’m so antsy,” she admits. “Oh my gosh, I can’t wait for this to come out.”

Luckily, there’s plenty to keep her occupied in the meantime. For starters, Sulewski is not giving up YouTtube anytime soon, regardless of what happens with her acting future. “I want to be able to have all of those areas to play around in,” she explains. “Just finding that balance of continuing to do it all and not see it as this digital-to-traditional transition, because at this point, all the lines are blurring.”

Like many late Millennials/early Gen Zers (as a 1996 baby, she falls right around the cutoff), the star is adept at practically all forms of social media; her TikToks, for example, regularly earn over a million views each, due to a combination of dog silliness (she and Finneas share a 2-year-old pit bull named Peaches) and the occasional cameo by the musician’s sister, Billie Eilish. Yet it’s YouTube where Sulewski feels most at home. That’s partly due to how long she’s been on the platform; when she first started filming videos as a middle schooler in 2009, vlogging was still a new enough concept that she kept her hobby a secret from her friends; she shared so little information online that she eventually made a video titled “Revealing My First Name” (“different days,” she says now with a laugh).

But another, bigger part stems from the connections Sulewski has made with her followers, many of whom seem to view her as more of a friend or a sister than a celebrity. On every video, there are dozens of comments commiserating with Sulewski or offering her advice; in her most recent videos, in which she discusses struggling with her mental health, the comments section (“It’s never a bad idea to have your thyroid levels checked!” “I would suggest to keep diving into your feelings and take some rest!”) reads like a therapy support group.

It certainly helps that several members of her inner circle have managed to maintain a fan-star connection after skyrocketing to fame. As Finneas and Eilish have grappled with their growing success, their efforts to keep close relationships with their fans have acted as a blueprint for Sulewski. “That’s the beautiful thing with music, because they get to do it through lyrics—they’ve got some of the most raw and emotional lyrics I’ve ever read,” she says of the duo, naming their “timeless” song “Happier Than Ever” as a personal favorite. Their ability to bond with their listeners “definitely pushes me to want to continue to do that in my own avenue and in my own content,” she adds.

Sulewski will certainly do so—as soon as things calm down a bit. When we talk, she’s balancing playtime with Peaches (“the best thing that we could have during COVID”), finishing up her and Finneas’s Harry Potter-themed Halloween couples costume, and figuring out the logistics of joining Finneas for as many stops on his just-launched U.S. tour as possible (“We’re just trying to keep up with the relationship and give it tender love and care”). As for her own work, Sulewski is in a bit of a “limbo period,” she says, between waiting for I Love My Dad and taking meetings for projects in such early phases she can’t reveal any details other than to say she’s “very excited” about what’s to come. “We’re doing all the things,” Sulewski says with another big grin.