An experienced climber who was descending a canyon in Death Valley plunged to his death over the weekend when he was caught in a rockslide, authorities said. Justin Ibershoff, 38, of Los Angeles, died at the scene in the California desert park Saturday, according to a statement from the park and the Inyo County Sheriff’s Office.

Ibershoff and six friends, all “very experienced” canyoneers, were descending Deimos Canyon using a steep technical route when he apparently stepped on a rock that moved, triggering a slide that swept him past two companions and over a 95-foot-tall dry fall, the statement said. 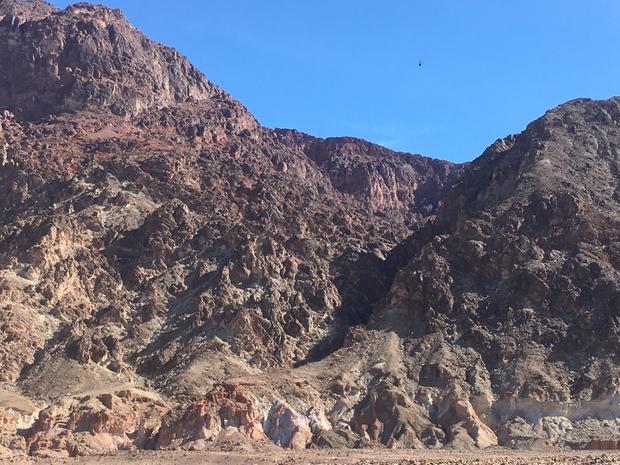 Rescuers were summoned and a crew from a Navy helicopter managed to reach Ibershoff a few hours after the accident but he was dead, the statement said.

His body was recovered the next day by an Inyo County search-and-rescue team and a California Highway Patrol helicopter, authorities said.

The area of Deimos Canyon where Ibershoff fell is still considered unstable and canyoneers were advised to avoid the upper section, authorities said.